A toy wooden horse and cart used by Max Arpels Lezer, a Jewish child living in hiding in German-occupied Holland. 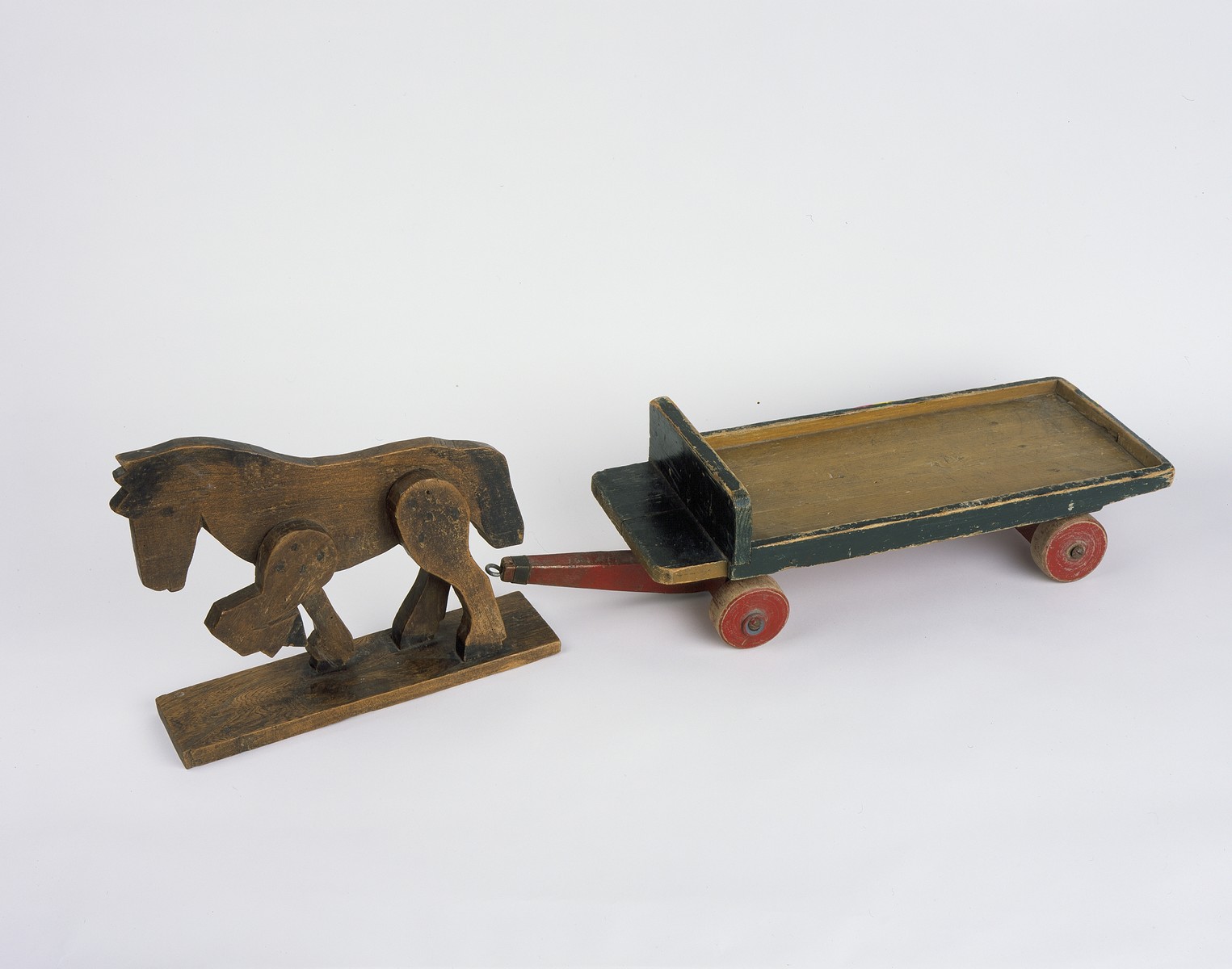 A toy wooden horse and cart used by Max Arpels Lezer, a Jewish child living in hiding in German-occupied Holland.

Biography
Max (Marcus) Lezer is the son of Flora (Arpels) and Solomon Lezer. Max was born October 9, 1936 in Assen, Holland, but in 1938 the family moved to Amsterdam, where Solomon worked as a manager of a women's clothing shop and Flora as a manicurist. Following the German invasion of The Netherlands, Solomon joined the underground and assumed the sobriquet of Van Leuwen. In the summer of 1942, Solomon and Flora sent Max to his grandparents in Apeldoorn for a holiday. That September, Flora was arrested and sent to Westerbork. From there she was deported to Auschwitz where she perished. After Flora's arrest, Solomon felt he could no longer care for Max and arranged for him to be placed in hiding. Max's grandparents placed him with a minister in Apeldoorn. He stayed there for a couple of weeks before being sent to Friesland in Northern Holland, where he lived with the Wetterauw family. Ype and Boukje Wetterauw had one child of their own who died in infancy. Unable to have any more children, they were happy to take in foster children. In addition to Max, they had one adopted son, Gerrit, and were caring for a Jewish girl, Joke. Some time later, Joke's father took her back. Max remained with the Wetterauws from 1942 to 1948. During his period in hiding Max used several last names including Van Leuwen and Lenders. Others in the village knew Max was Jewish, but they never betrayed him. Ype, however, was arrested briefly for his resistance activities. Solomon Lezer found Max after war, but the Wetterauws did not want to give him back, requesting that they be permitted to keep him until his 18th birthday. Max eventually returned to his father, who had by then remarried. Unhappy at his father's home, Max ran away three times, twice to his foster family. In 1961 Max married Sofia Snoek, a Jewish woman who had also survived the war in hiding.