A blue and white child's dress worn by Sabina Kagan while living in hiding with the Roztropowicz family in Radziwillow, Poland during World War II. 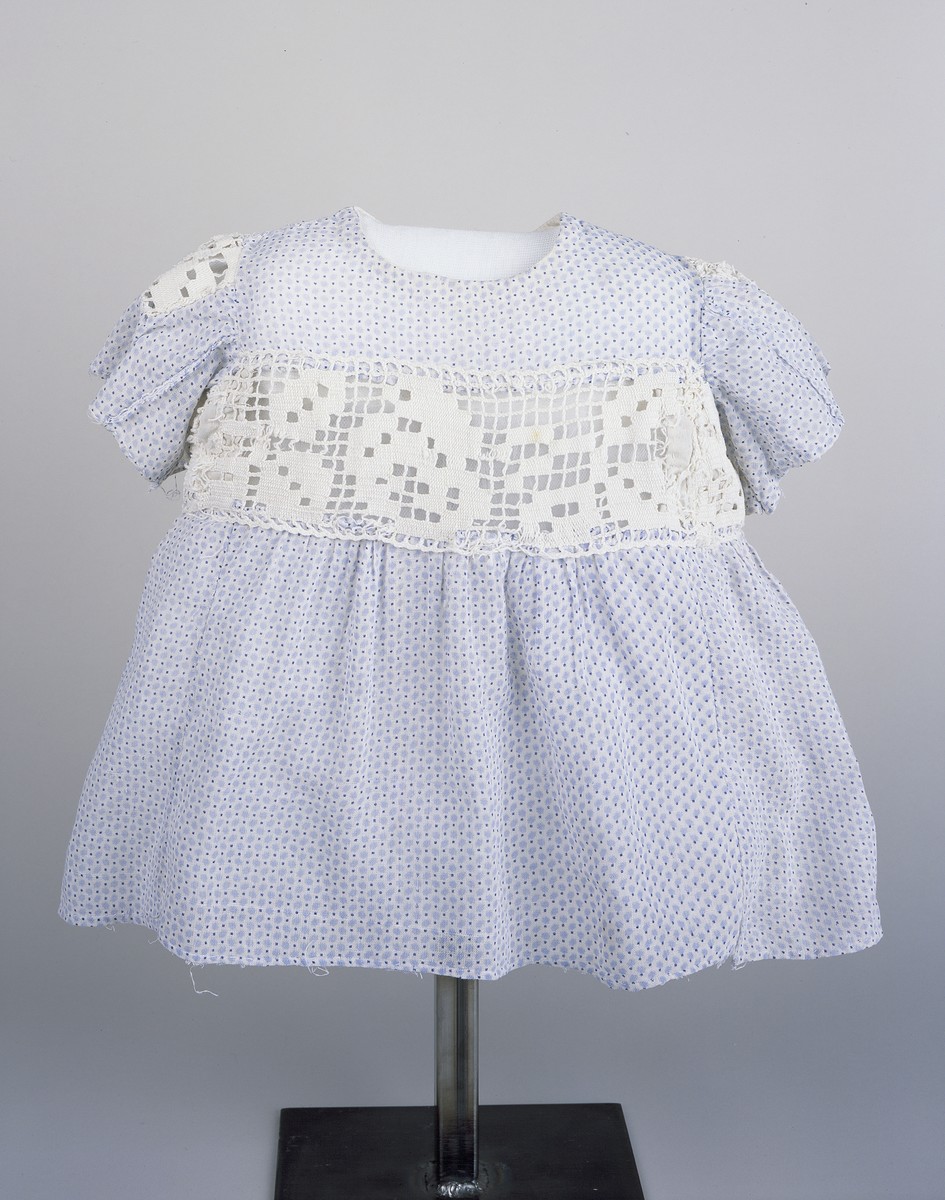 A blue and white child's dress worn by Sabina Kagan while living in hiding with the Roztropowicz family in Radziwillow, Poland during World War II.

The dress was made by her rescuers from a doll clothing.

Biography
Sabina Inka Heller (born Sabina Kagan) was born on August 1, 1941 in Radziwillow, Poland. Sabina's biological parents had escaped the Radziwillow ghetto and gone into hiding. They begged a Polish policeman and his family to take in their daughter. Her parents were killed when the barn they were hiding in caught on fire. When the money stopped coming from Sabina's parents, the policeman's family placed her in a crib in a dark cellar without clothes or food. A sixteen-year-old girl discovered Sabina and gave her some food. The teenager told the Roztropowicz family that she had found a Jewish child living in horrible conditions. Jozéf and Natalia Roztropowicz and their three children, Janina, Stanislawa, and Andrzej, agreed to take in Sabina. They told others that Sabina was the child of their cousin who had been murdered. Sabina went by the name Irena (Inka) Roztropowicz and was baptized a Catholic on July 15, 1945 in Saint Wojciech's Church. She remained with the Roztropowicz family until October 1948, when the family decided to turn her over to the Coordinating Committee for Jewish Children that was based in Lodz. Sabina was then placed in an orphanage in Lodz. In 1949, a Jewish couple, Zigmund and Sonia Goszczewski, adopted Sabina, and they immigrated to Israel. It was not until 1999 that Sabina discovered that she was adopted and reconnected with the Roztropowicz family. In 2000 Yad Vashem recognized the members of the Roztropowicz family as Righteous Among the Nations.