Four Slovak Jews pose on a stony hill in the Zilina labor camp. 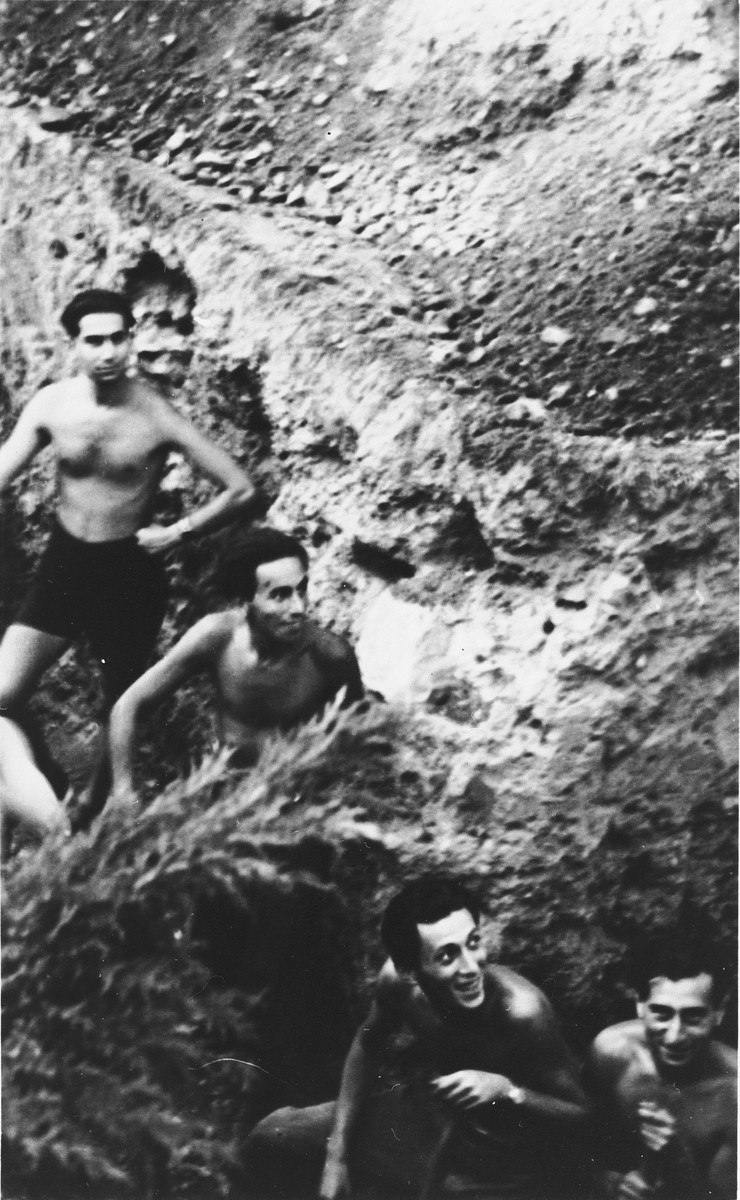 Four Slovak Jews pose on a stony hill in the Zilina labor camp.

Fritz Bruck is standing at the top left. Kiki Danzig is in the center. Max Stern is at the lower left. The photograph was taken by Manfred Hirsch, a German friend who had come to visit.