A group of boys from Bratislava prepares to leave for England on a Kindertransport. 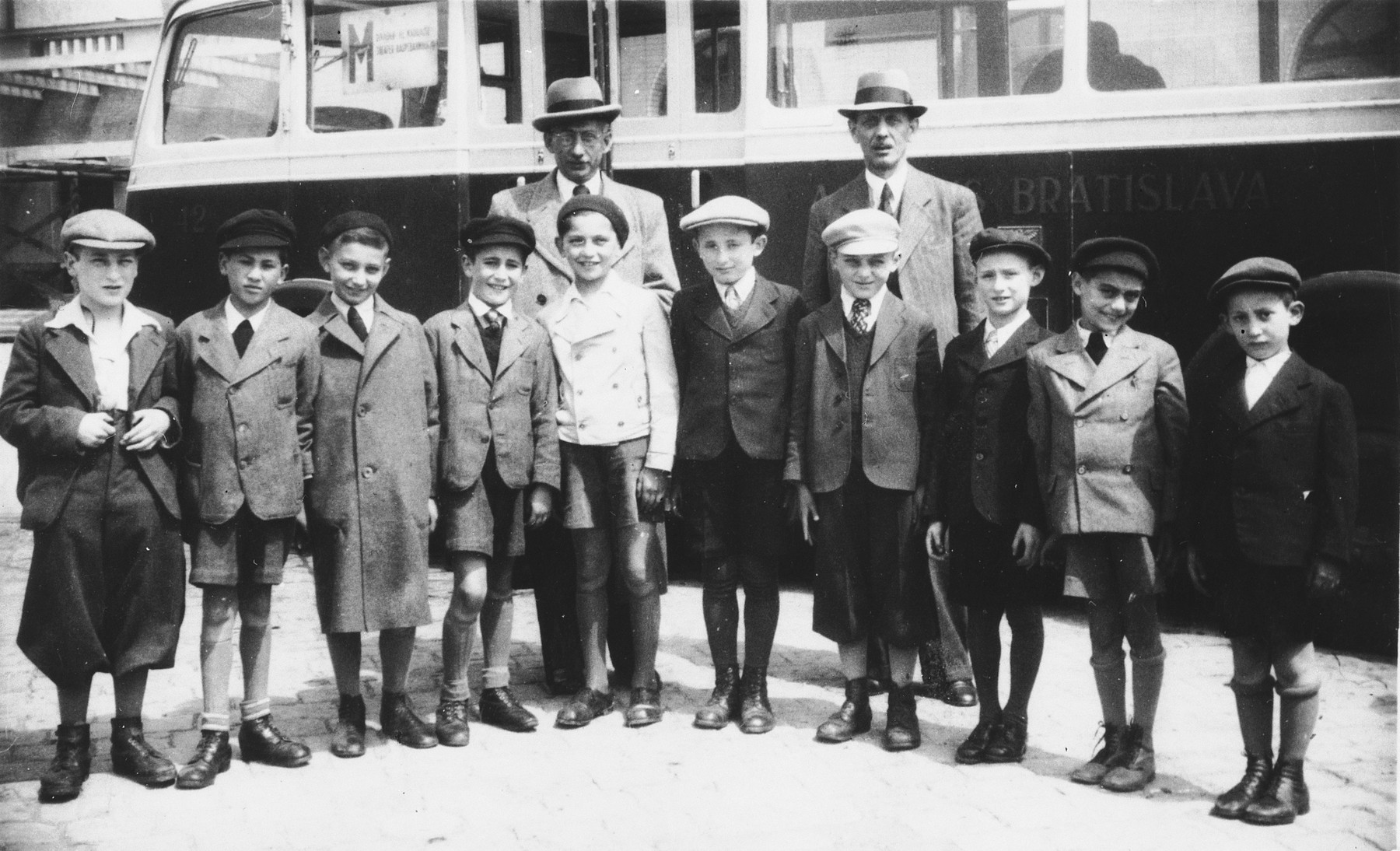 A group of boys from Bratislava prepares to leave for England on a Kindertransport.

Those pictured include Kurt Stern (second from left), Harry Stern (fourth from left). Standing in the back are Mr. Turk on the left and Moses Stern on the right.