An intermarried German-Jewish couple sits at a table in a park in Stettin, Germany. 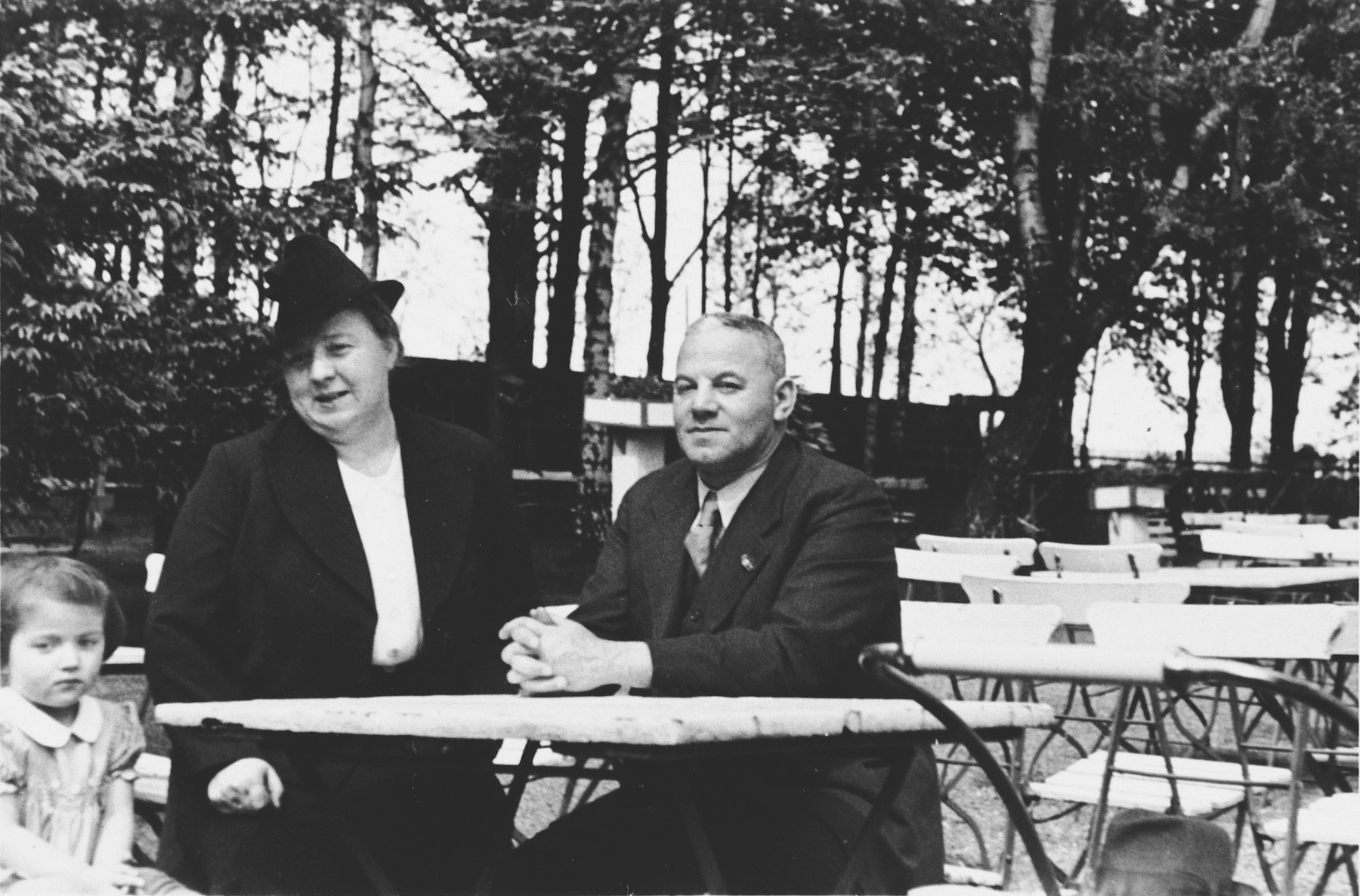 An intermarried German-Jewish couple sits at a table in a park in Stettin, Germany.

Pictured are Erich and Trude Berndt. Erich, who was the brother of Lotte Berndt, was deported to Theresienstadt near the end of the war, but survived.