Two rabbis hold a conversation outside the Breuer Yeshiva in Frankfurt. 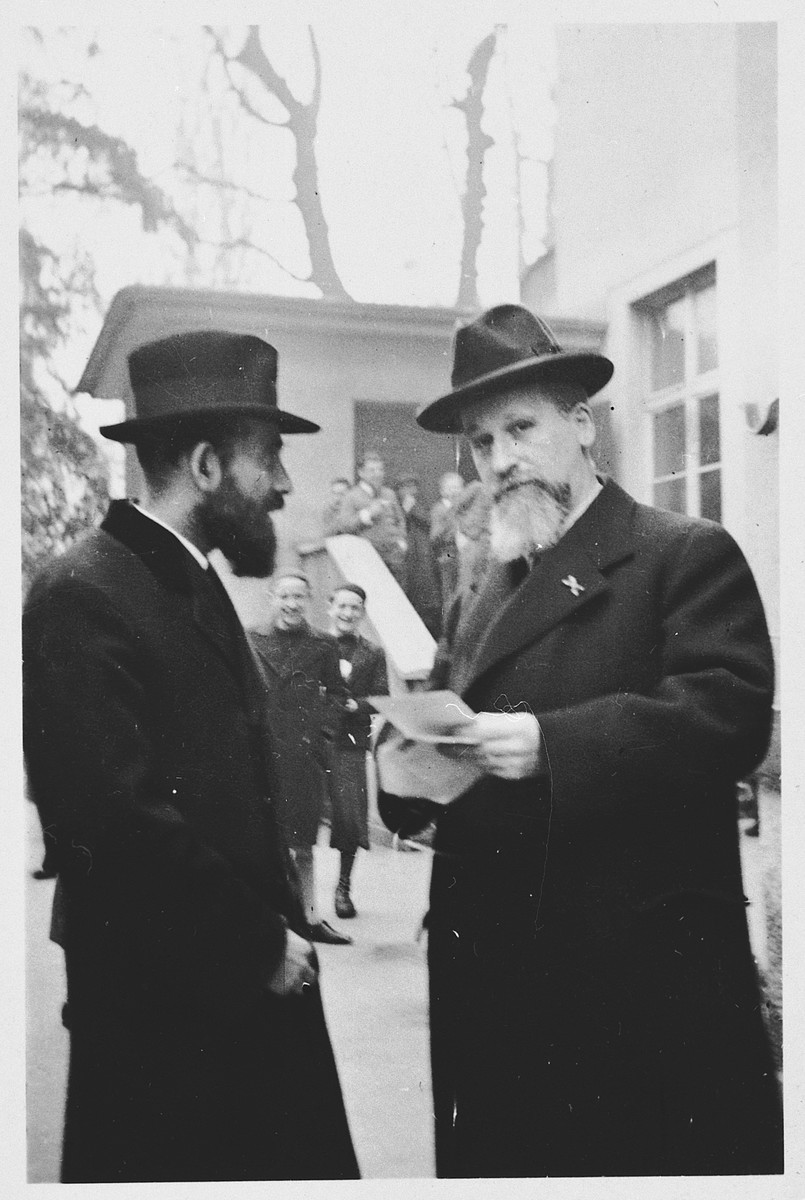 Two rabbis hold a conversation outside the Breuer Yeshiva in Frankfurt.

Dr. Posen, a dayan or religious judge and a teacher at the yeshiva is on the left. Dr. Moses Breuer, brother of the head of the yeshiva, is on the right.

Rabbi Joseph Breuer was born in Papa, Hungary and came to Frankfort as a child. Descended from along line of rabbis, he was the grandson of Rabbi Samson Raphael Hirsch, the founder of the Modern Orthodox movement. His father, Rabbi Solomon Breuer headed the Frankfurt Yeshiva, and Rabbi Joseph Breuer assumed his post after his death in 1926. Following Kristallnacht, the Nazis shut down the yeshiva, and Rabbi Breuer immigrated to the United States by way of Italy in 1939. He became head of the Kahal Adat Jeshurun congregation in Washington Heights, New York.