A suitcase taken on the Kasztner rescue train by Bela Gondos, a Jewish physician from Budapest. 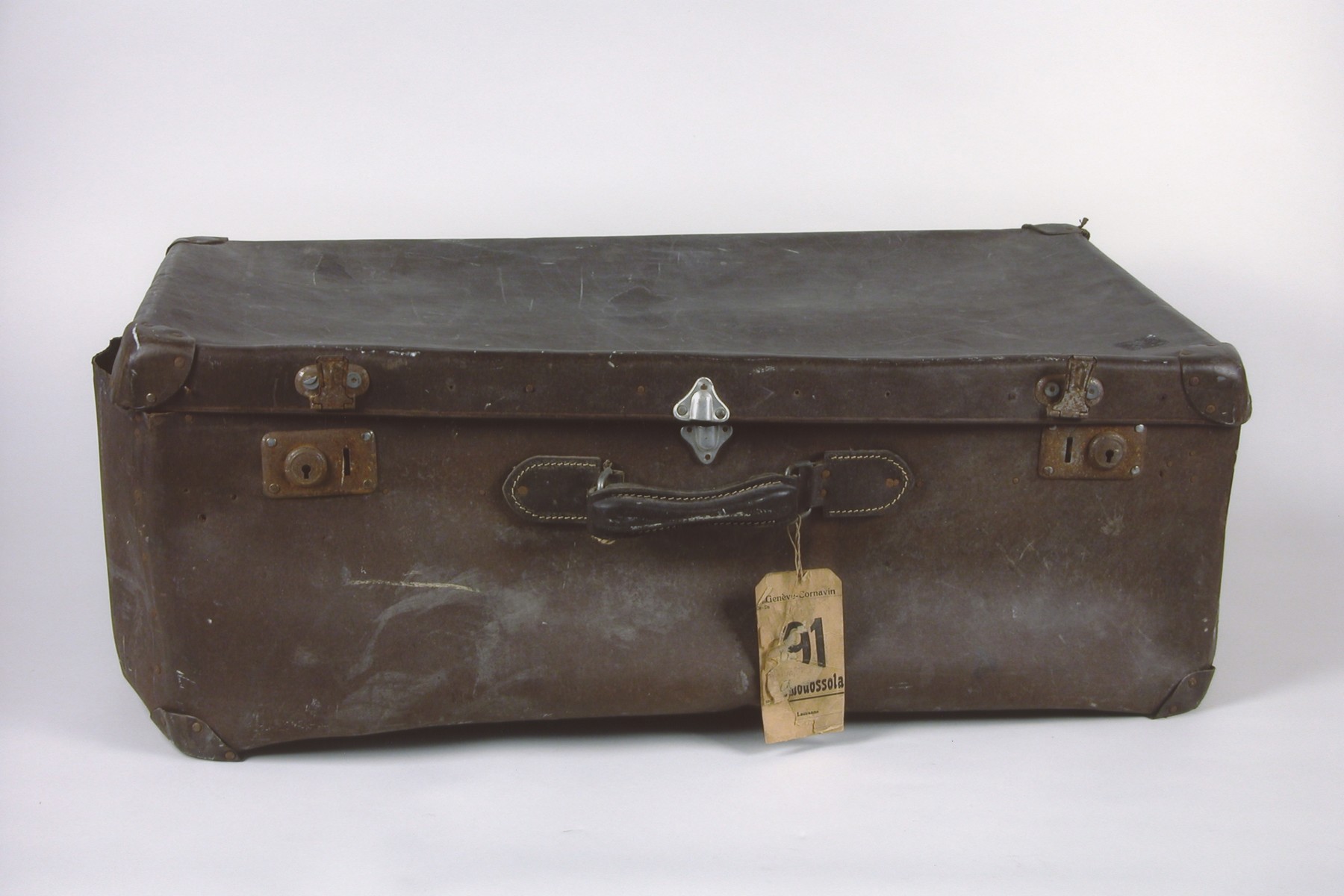 A suitcase taken on the Kasztner rescue train by Bela Gondos, a Jewish physician from Budapest.

The suitcase was used by the family in Bergen-Belsen, Switzerland and when they immigrated to the U.S.