A chemise belonging to Anna Ilona Gondos, that was taken with her when she left Budapest on the Kasztner rescue train. 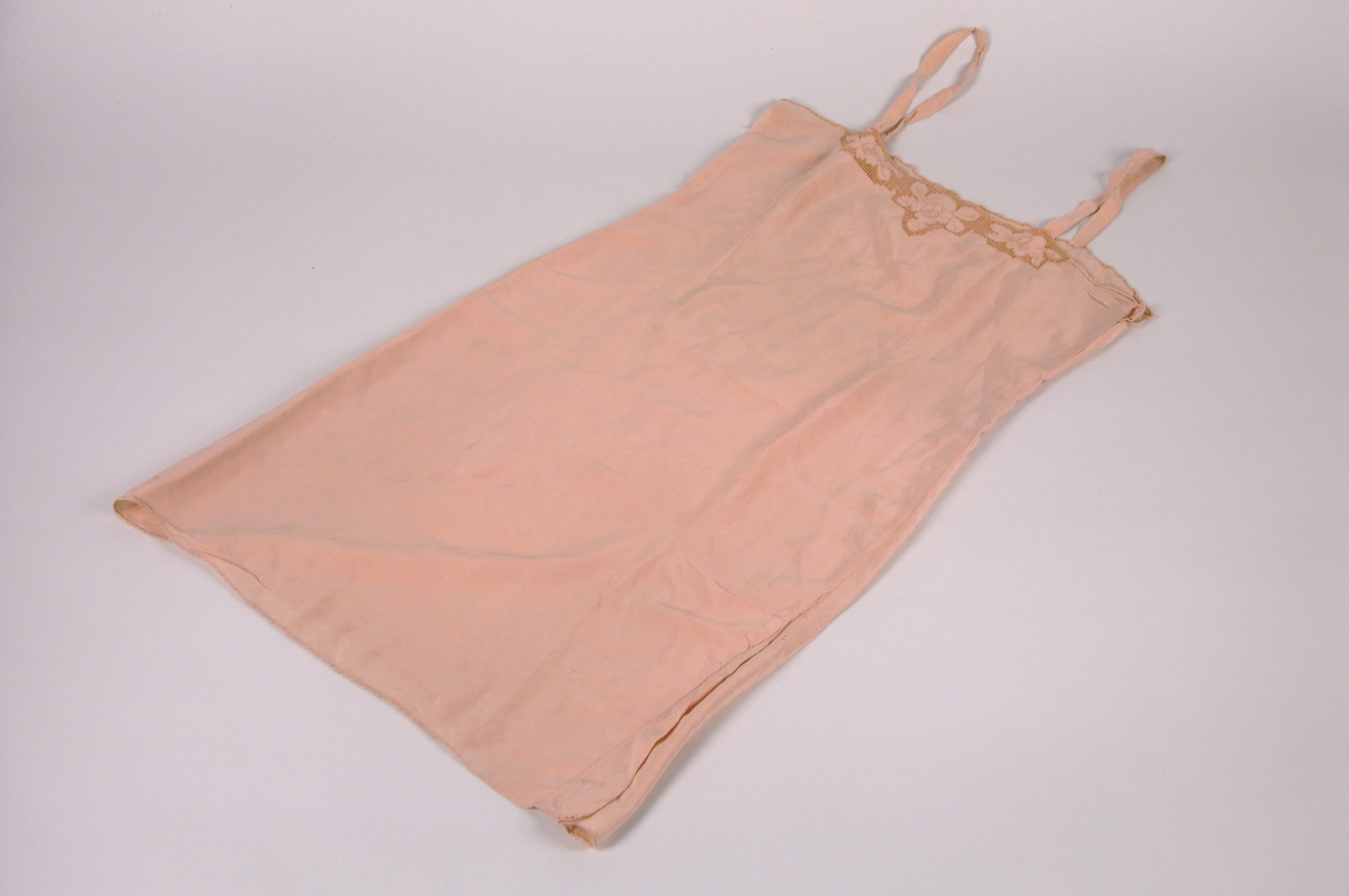 A chemise belonging to Anna Ilona Gondos, that was taken with her when she left Budapest on the Kasztner rescue train.

The chemise was part of her trousseau when she married Bela Gondos in 1934. Anna packed it along with several others on the Kasztner train to Bergen-Belsen. It later accompanied her to Switzerland and, ultimately, to the U.S.

[Source: Bauer, Yehuda. "Jews for Sale? Nazi-jewish Negotiations, 1933-1945." Yale University Press, 1994, pp. 196-200; Laqueur, Walter (ed.) "The Holocaust Encyclopedia." Yale University Press, 2001, pp. 380-381.]
Biography
Judy Jacobs (born Judit Gondos) is the only child of Bela and Anna Ilona Gondos. She was born April 27, 1937 in Budapest, where her father was a physician and her mother, an interior designer. Bela came from an orthodox family, and as an adult became a member of a Zionist organization. Anna came from an assimilated family. Around 1942 Bela was conscripted for the Hungarian Labor Service. His forced departure from his practice resulted in the family's loss of almost all its income. Within a few months of the German occupation of Hungary in March 1944, the Jews of Budapest were forced to move to specially designated Yellow Star apartment houses that were scattered around the city. The Gondos' happened to live in a building that was so designated, and several of their relatives soon moved in with them. In June 1944 the Gondos' were one of the families selected by the Jewish Rescue Committee to leave Hungary on the Kasztner rescue train. They departed from the Eastern railway station in Budapest on June 30, thinking they were bound for neutral Spain or Portugal. Instead they were taken to Bergen-Belsen, which was then still largely a detention camp for persons designated for exchange with German nationals in Allied countries. The Gondos were placed with the rest of the transport in the Ungarnlager (Hungarian camp). Here the prisoners wore their own clothing but were forced to display the Jewish badge. They were finally released in December 1944 and taken to Switzerland with the assistance of the International Red Cross. The Gondos settled in Zurich, where Bela worked as a volunteer radiologist at the university, and Anna cleaned vegetables at the Canton hospital. Judit attended a boarding school. From Zurich, the family moved to Geneva, where they remained until immigrating to the U.S. in the fall of 1946. They sailed aboard an empty coal vessel called the SS Mathew O'Brien that departed from Genoa. The Gondos eventually settled in Brookline, MA.