A flowered chemise belonging to Anna Ilona Gondos, that was taken with her when she left Budapest on the Kasztner rescue train. 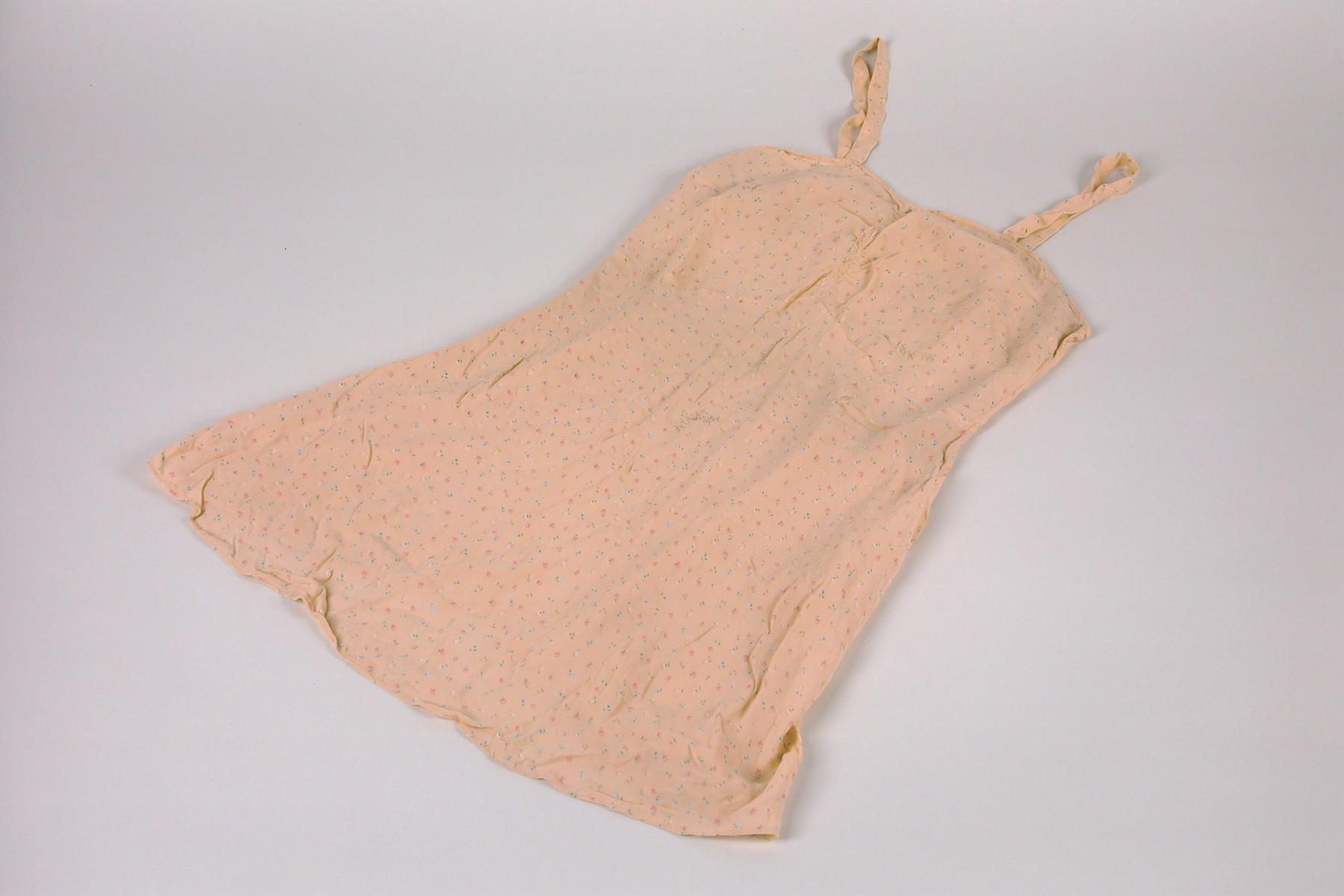 A flowered chemise belonging to Anna Ilona Gondos, that was taken with her when she left Budapest on the Kasztner rescue train.

The chemise was part of her trousseau when she married Bela Gondos in 1934. Anna packed it along with several others on the Kasztner train to Bergen-Belsen. It later accompanied her to Switzerland and, ultimately, to the U.S.