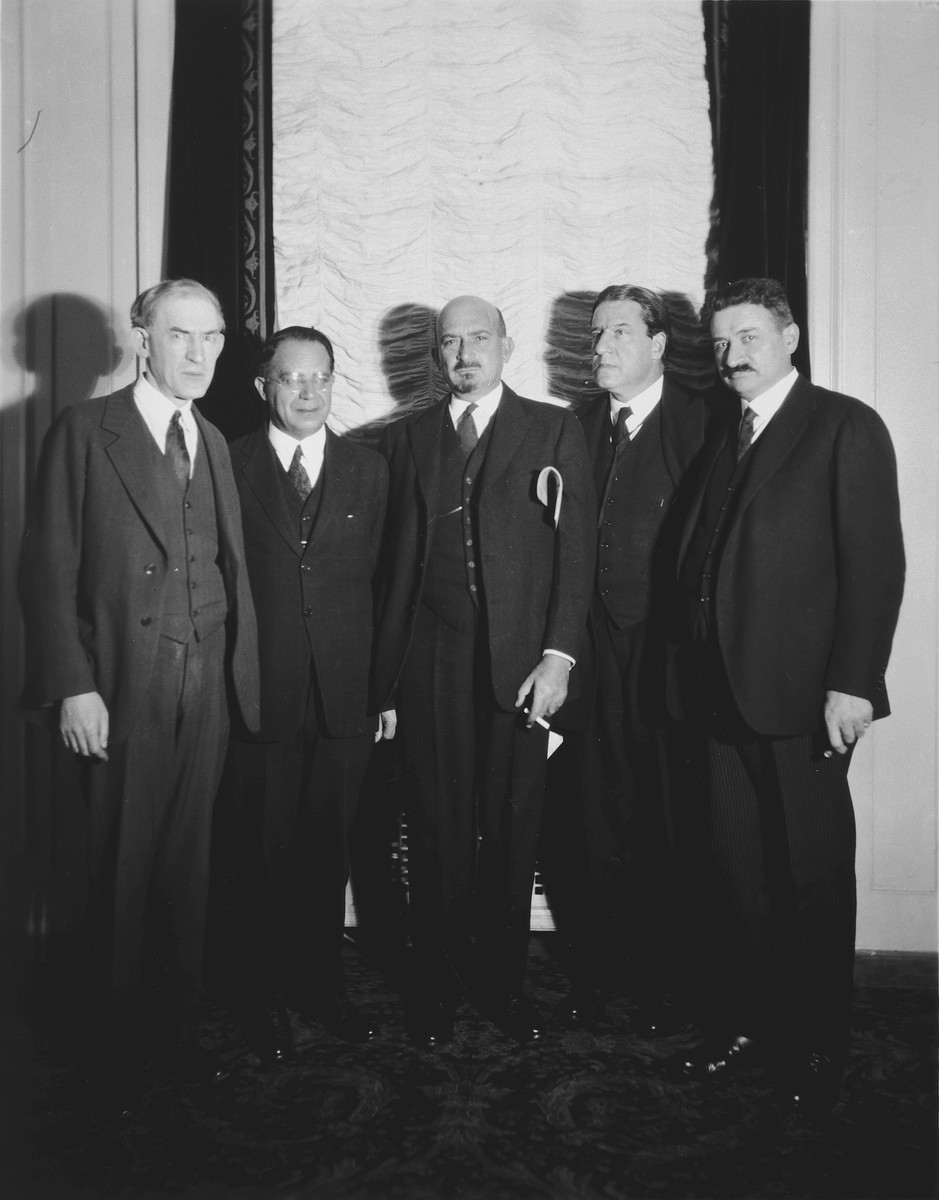 Biography
Helen R. Hamlin is the widow of Isadore Hamlin. Isadore (Itzik) Hamlin was the son of Isaac Hamlin and Anny Freedman Hamlin. Itzik, a life-long Labor Zionist, was born in Cambridge, MA on January 21, 1917 and received his B.S. from Cornell University in 1941. After college he was the first recipient of the Bnai Brith scholarship which he used to attend the New School for Social Research to study international law and politics. He was drafted in June 1942. Itzik was later sent to officer's candidate school and became a lieutenant in the intelligence staff of 83rd Infantry Division. In February 1944 he was sent overseas and served in the European Theater of Operations and the Army of Occupation. In April, 1945, he participated in the liberation of Buchenwald. After having witnessed first-hand the horrors of the Holocaust, Isadore decided to devote the rest of his life to the welfare of the Jewish people. He was discharged in September 1945 with the rank of Captain. After his return to America, he and his wife Helen moved to Washington DC where Itzik assumed the position of press officer for the Jewish Agency for Palestine. This later became the Israeli Embassy following Israel's independence in May 1948. In 1949 he returned to New York to become the executive assistant to the Executive Director of the Jewish Agency for Israel. In 1964 he became the Executive Director of the Jewish Agency and remained so until his retirement in 1988.
Chaim Weizmann (1874-1952), first president of the State of Israel and distinguished biochemist. Born in Motol, Russia, Weizmann was the son of a timber merchant. After completing high school in nearby Pinsk, Weizmann set out in 1892 to study in Germany. While studying at the Institute of Technology in Berlin, Weizmann joined a vibrant circle of Zionist intellectuals, who came under the influence of the cultural Zionist ideologue, Ahad Haam. Following the appearance of Theodor Herzl in 1896, Weizmann began an active involvement with the new political Zionist movement. After serving as a delegate to the Second Zionist Congress in Basle in 1898, Weizmann moved to the Fribourg University in Switzerland to complete his doctorate. He taught at the University of Geneva from 1901 to 1904 before deciding to move to England. He settled in Manchester, where he began research at the university and later was given an appointment. In 1906 he married Vera Chatzman, a fellow Russian-Jewish immigrant. He continued to serve in the leadership bodies of the world Zionist movement while he pursued his scientific career. In 1907 he paid his first visit to Palestine, which led him to redouble his efforts to promote practical work there. In 1906 Weizmann had a chance opportunity to explain the Zionist idea to Prime Minister Arthur James Balfour in Manchester. Balfour was instantly won over. During World War I, with the assistance of the editor of the Manchester Guardian, Weizmann expanded his contacts in the British government to include Lloyd George and Herbert Samuel. His access to members of the British government was greatly enhanced by his scientific discovery, in 1916, of a process that produced acetone, a solvent needed for the production of munitions. In connection with this work, he moved to London, where he utilized his contacts to build up a structure of support for his Zionist political program among government leaders. His efforts, combined with other practical, political considerations, ultimately led to the signing of the Balfour Declaration in November 1917, in which Britain expressed sympathy with the goal of establishing a Jewish homeland in Palestine. In 1918 Weizmann was appointed head of the Zionist commission sent to Palestine to advise on the future development of the country. Subsequently, he led the Zionist delegation to the Versailles Peace Conference. Weizmann became president of the World Zionist Organization in 1920, a post he held until 1929, and then again from 1935 to 1946. He also headed the Jewish Agency for Palestine, which was established in 1929. In 1937 Weizmann moved to Palestine and settled in Rehovot, where he laid the foundations for what was to become the Weizmann Institute of Science. During the years leading up to World War II, Weizmann fought in vain to establish the Jewish Brigade and to prevent the enactment of the British White Paper of 1939, curtailing Jewish immigration to Palestine. After the war Weizmann worked to promote the establishment of the Jewish State, using his personal connections with British and American leaders. With the declaration of the State of Israel in 1948, Weizmann was chosen to serve as its first president. He remained in office until his death in 1952.