Group portrait of American Jewish women who organized a fundraising drive for the United Jewish Appeal to raise money to settle German Jews in Palestine. 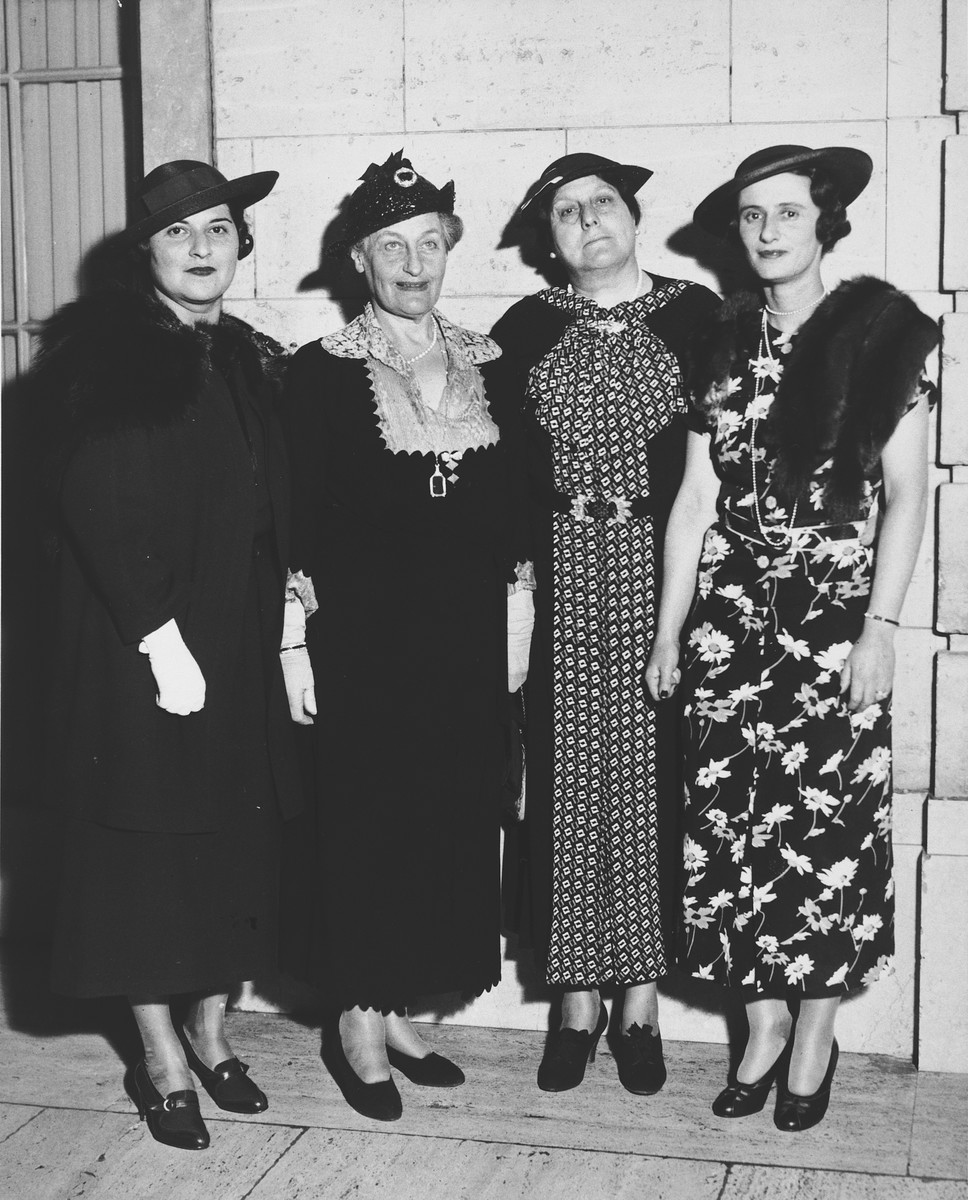 Group portrait of American Jewish women who organized a fundraising drive for the United Jewish Appeal to raise money to settle German Jews in Palestine.

The original caption reads "Prominent Jewish women organize to participate in the Greater New York Campaign of the United Jewish Appeal to raise $1,250,00 as New York's share of the $3,250,000 fund for the aid of the Jews of Germany and other lands for their settlement in Palestine. The women have accepted a quota of $200,000."

Biography
Helen R. Hamlin is the widow of Isadore Hamlin. Isadore (Itzik) Hamlin was the son of Isaac Hamlin and Anny Freedman Hamlin. Itzik, a life-long Labor Zionist, was born in Cambridge, MA on January 21, 1917 and received his B.S. from Cornell University in 1941. After college he was the first recipient of the Bnai Brith scholarship which he used to attend the New School for Social Research to study international law and politics. He was drafted in June 1942. Itzik was later sent to officer's candidate school and became a lieutenant in the intelligence staff of 83rd Infantry Division. In February 1944 he was sent overseas and served in the European Theater of Operations and the Army of Occupation. In April, 1945, he participated in the liberation of Buchenwald. After having witnessed first-hand the horrors of the Holocaust, Isadore decided to devote the rest of his life to the welfare of the Jewish people. He was discharged in September 1945 with the rank of Captain. After his return to America, he and his wife Helen moved to Washington DC where Itzik assumed the position of press officer for the Jewish Agency for Palestine. This later became the Israeli Embassy following Israel's independence in May 1948. In 1949 he returned to New York to become the executive assistant to the Executive Director of the Jewish Agency for Israel. In 1964 he became the Executive Director of the Jewish Agency and remained so until his retirement in 1988.
Felix Moritz Warburg (1871-1937) German Jewish banker, philanthropist and founder of the American Jewish Joint Distribution Committee. He was born in Hamburg to the noted Jewish banking family. His siblings included Max, Paul and Abby Warburg. In 1894 Felix Warburg immigrated to the U.S. He settled in New York City, where he married Frieda Schiff, the daughter of Jacob Schiff, and became a partner in his father-in-law's banking firm, Kuhn, Loeb and Company. While maintaining his position at the bank, Warburg turned his attention to philanthropy, education and culture. He promoted organizations facilitating the absorption of new immigrants and other forms of social welfare; he lent his support to the Juilliard School of Music, the New York Philharmonic and numerous museums; and he served on the boards of a variety of educational institutions. Within the Jewish community, Warburg served as the first chairman of the American Jewish Joint Distribution Committee from 1914 to 1932 and helped found the Federation for the Support of Jewish Philanthropic Societies of New York City. He also generously supported the Jewish Theological Seminary of America, the Hebrew Union College and the Graduate School for Jewish Social Work. Warburg played an important role in promoting Jewish settlement in Palestine through his support of the Palestine Economic Corporation and the Hebrew University in Jerusalem.