Portrait of Henri Vos at the Chateau de la Hille. 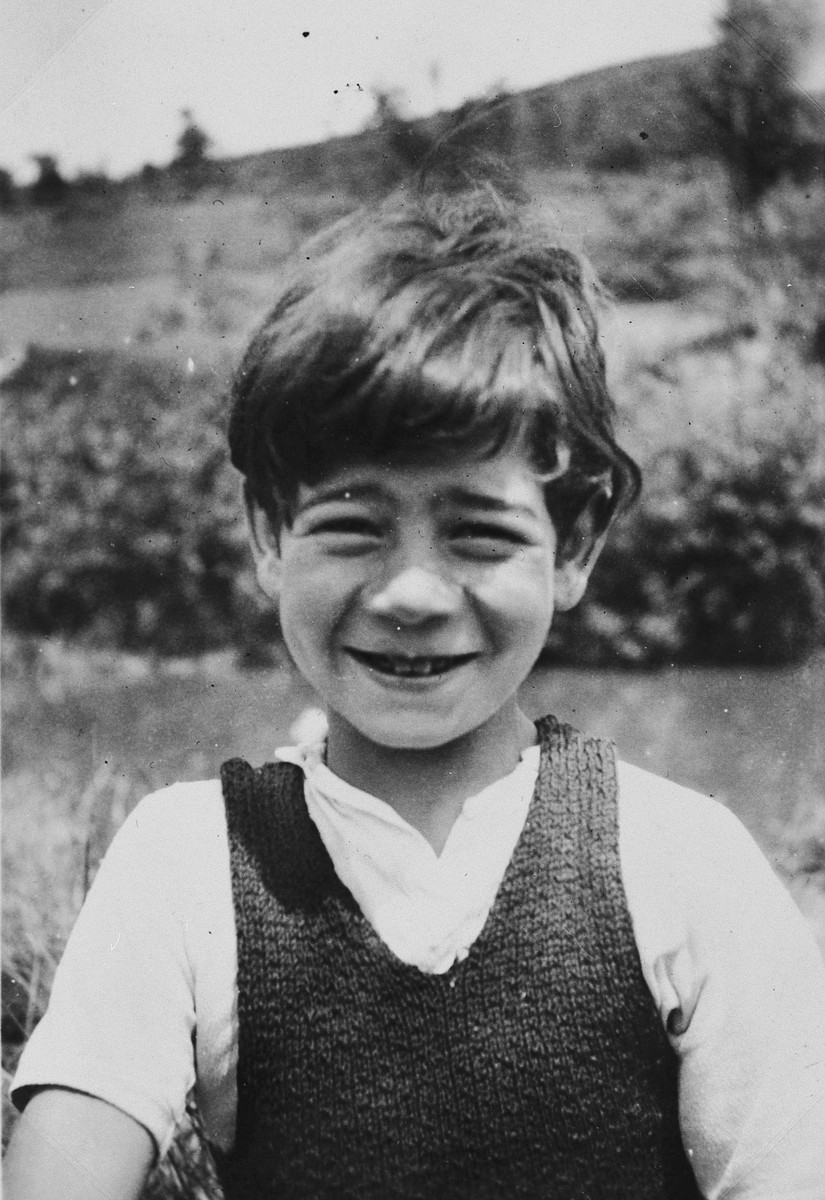 Portrait of Henri Vos at the Chateau de la Hille.

Event History
In the year preceding the outbreak of World War II, nearly 1000 Jewish children from Germany and Austria between the ages of 4 and 17 found refuge in Belgium. Some came individually, others illegally, and some on an organized transport which gathered the children from Cologne. The rescue effort was organized by the Comite d'Assistance aux Enfants Juifs Refugies (CAEJR), an organization founded by Madame Goldschmidt-Brodsky, whose husband, Alfred, was an official of the Belgian Red Cross. Most of the children were sheltered in private homes, and about 80 in two large children's homes. The girls' home, known as the Home General Bernheim, was located in the Brussels suburb of Zuen, and the boys' home, called Home Speyer, in the suburb of Anderlecht. After the German invasion of Belgium in May 1940, the children escaped to southern France. For most of the next year, the 100 children lived in an unfurnished barn on a large farm in Seyre, south of Toulouse. The children were accompanied to France by Lucienne and Gaspard deWaay, a couple who had worked with the children in Home Speyer, and by Elka Frank, director of the girls' home.
The deWaays remained with the children for several months. The older children helped care for the younger ones and worked on nearby farms. Food and clothing were in short supply. The Goldschmidts also fled to France and were living in the town of Cahors. Utilizing their connections with the Swiss Red Cross, they made contact with Maurice and Elinor Dubois, local heads of the Secours Suisse aux Enfants (Swiss Children's Aid), an agency of the Swiss Red Cross, and prevailed upon them to come to the aid of the Jewish refugee children. During the autumn of 1940, the Secours Suisse took charge of the group in Seyre, now under the direction of Alexander and Elka Frank, and brought in badly needed supplies. They also decided to move the children to a more secluded site, the abandoned Chateau de La Hille, which was closer to the Spanish border. In February of 1941, the older boys moved to the chateau to begin renovating it for occupancy. Elka and Alexander Frank followed with the younger children a few months later. Shortly after the move, Roesli Naef assumed the directorship of the home. During the summer of 1941, seventeen of the younger La Hille children were able to leave for the United States through the efforts of of the US Committee for the Care of European Children assisted by the AFSC (American Friends Service Committee). Two other teenagers also immigrated to the US that summer. In August 1942, French police raided the La Hille colony and arrested approximately 40 of the older children, who were then sent to the Le Vernet internment camp to await deportation. Naef immediately contacted Maurice Dubois, who went to see Rene Bousquet, the authorities in Vichy to demand the release of the children. When Dubois threatened to close all the Swiss camps in France, Vichy agreed to free the La Hille youth. After their return to the home in September, Naef began making arrangements to smuggle the older children into Spain or Switzerland. A few were caught and arrested by the border police, but most escaped. Of the original 100 plus children about 90 survived, but twelve teenagers and one adult were deported to Auschwitz and Majdanek. One, Werner Epstein, survived Auschwitz and a death march. During the final year of the war, a number of French and Spanish refugee children also came to live at the La Hille home. Yad Vashem later recognized both Maurice Dubois and Roesli Naef as Righteous Among the Nations: Dubois in 1985 and Naef in 1989.
https://encyclopedia.ushmm.org/content/en/article/belgium.
Biography
Sebastian Steiger was born on October 14, 1918 in Oltingen Switzerland where his father was a pastor. He had four brothers and sisters. After graduating high school, he spent one semester at the University of Zurich where he studied to become a teacher. He heard of plight of refugee children in France and decided to volunteer for the Secours Suisse aux Enfants, a branch of the Swiss Red Cross in occupied France. He wrote to August Bohny at Le Chambon-sur-Lignon who told him to contact the Red Cross offices in Berne. After receiving the proper visas, Sebastian left Switzerland on August 21, 1943. He was sent to the Chateau de la Hille, a home in an isolated area near the Pyrenees. He spent the next year working at the home as a counselor and teacher. After the war, he returned to Switzerland, completed his studies at University of Zurich, and became a teacher. Sebastian continued to work for organizations committed to Christian-Jewish relations, and in 1993 he was recognized as Righteous Among the Nations.