Jewish men wearing armbands sit outside a row of buildings in the Opole Lubelskie ghetto. 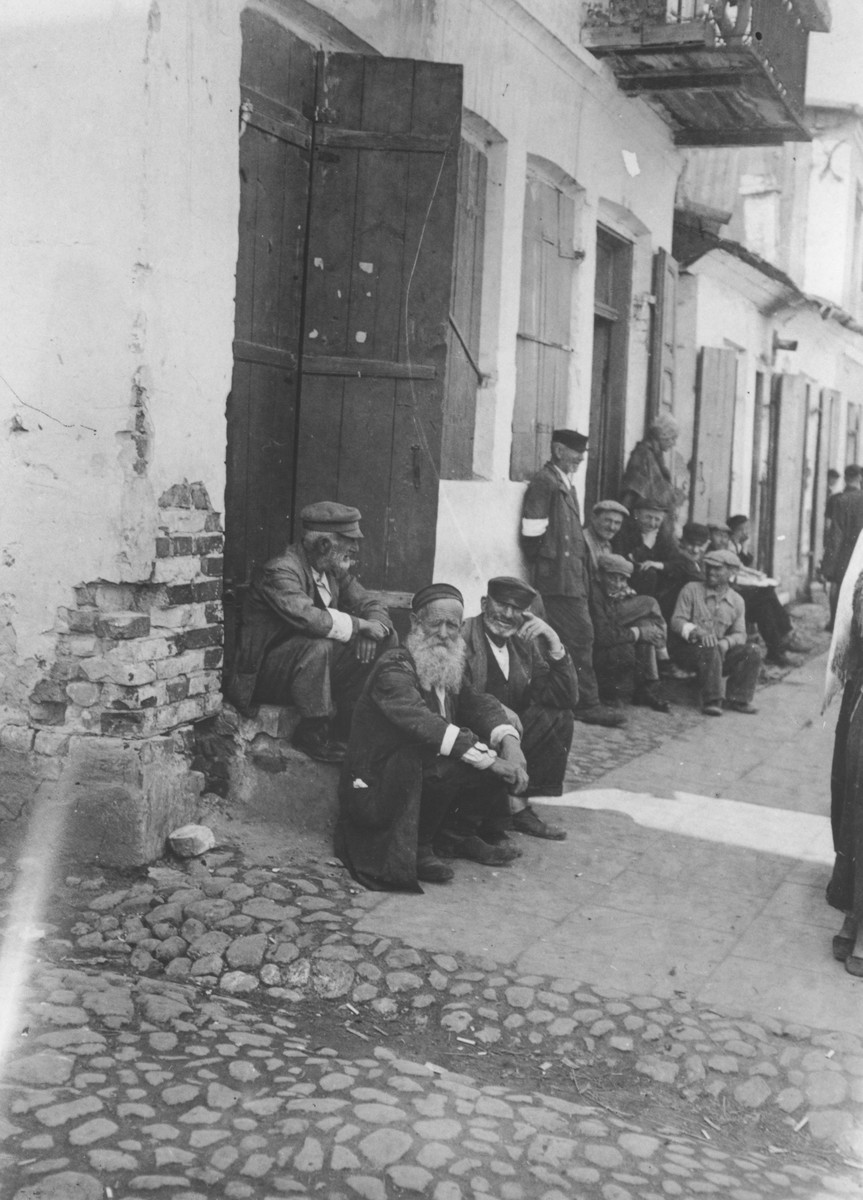 Jewish men wearing armbands sit outside a row of buildings in the Opole Lubelskie ghetto.

The original caption reads: "Just sitting around the whole day from morning til midnight with nothing to do."