Group portrait of members of the "Red Boys" soccer team in Differdange, Luxembourg. 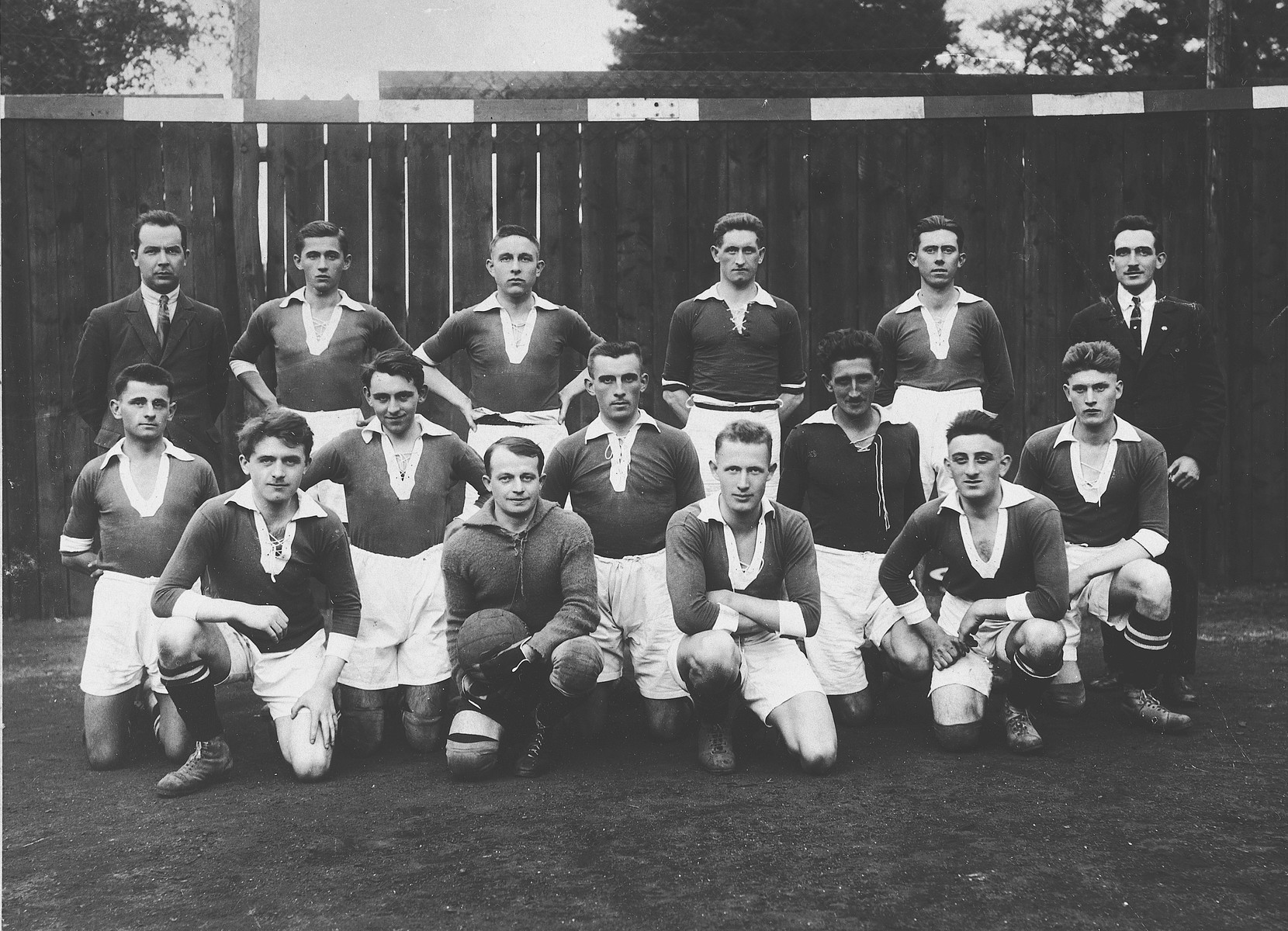 Group portrait of members of the "Red Boys" soccer team in Differdange, Luxembourg.

Among those pictured is Rene Nussbaum, who became a member of the Luxembourg national soccer team.