Albert Nussbaum, Director of Transmigration for the American Joint Distribution Committee, poses in the port of Lisbon where Jewish refugees wait to board the SS Mouzinho. 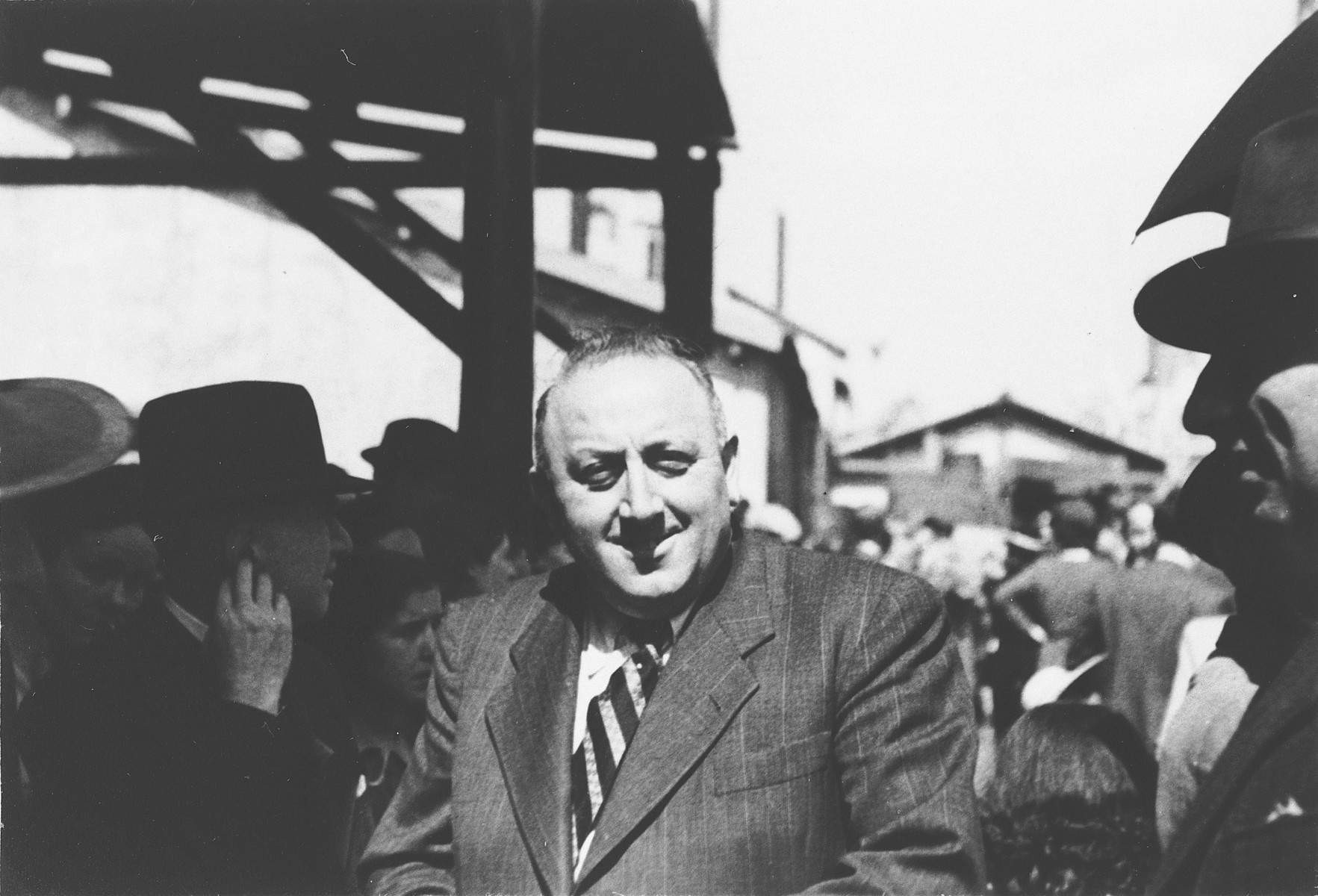 Albert Nussbaum, Director of Transmigration for the American Joint Distribution Committee, poses in the port of Lisbon where Jewish refugees wait to board the SS Mouzinho.

Event History
In September 1940, HICEM (the Jewish overseas emigration association) began making plans to facilitate the immigration of Jewish children to the United States on special State Department visas. Though the program was designed to help children below the age of thirteen, children as old as sixteen were admitted if they were accompanying younger siblings. The JDC (American Joint Distribution Committee) facilitated and financed the emigration of children without American relatives. HICEM made arrangements for French exit visas, Spanish and Portuguese transit visas, and reservations on ships out of Lisbon. On March 5, 1941, OSE (Oeuvre de Secours aux Enfants) France in Montpellier sent HICEM a list of 500 detained children as candidates for emigration. These children were released from French internment camps, such as Gurs and Rivesaltes, and taken to OSE children's homes while awaiting emigration. However, both the French and American governments were slow in processing the visas and some children had to wait a full year before they received the necessary papers. The first convoy of 111 children left the Marseilles train station at the end of May 1941. They were accompanied by OSE workers Isaac and Masha Chomski, who coordinated the transport with the assistance of Morris Troper of the JDC as well as the American Friends Service Committee. The train stopped briefly at the Oloron train station, located outside the Gurs concentration camp, so that the children could say a final goodbye to their parents. The children had saved their morning food rations and presented them to their parents as a gift, to the amazement of all the adults present. The brief reunion was traumatic for both the children and the parents, and OSE decided to discontinue the practice on future convoys. From France, the children traveled to Portugal by way of Spain. In Lisbon they boarded the SS Mouzinho which sailed on June 10, 1941. Two additional groups of children reached Lisbon in the late summer of 1941 and sailed aboard ships that left in September, one of which was the Serpa Pinto. In all, the five children's transports that left France for America rescued 311 children. These children became part of the One Thousand Children, the recent name given to the group of Holocaust child survivors who fled from Hitler's threat but without their parents and traveled directly to the United States,
https://www.ushmm.org/wlc/en/article.php?ModuleId=10005519.
Biography
Albert Nussbaum (the uncle of donor Milton Koch) is the son of Gustave and Helaine (Kleinberg) Nussbaum. He was born February 4, 1898 in Monneren, Luxembourg. Albert had a brother, Rene (b. 1902), a sister Jeanne (b. 1900) and twin sisters, Margaretha (Martha) and Magdalena (b. 1907). Gustave Nussbaum owned a successful clothing factory called Palais de l'Habillement in Luxembourg. After his death in 1929, Albert took over the business. In addition to his business Albert played a prominent role in the Jewish community of Luxembourg. He served as treasurer of ESRA, the central Jewish welfare organization, from 1929 until his departure in the fall of 1940, and took a leading part in organizing assistance for Jewish refugees from Nazi Germany and Austria. In recognition of his contributions, Albert was elected to the Consistoire Israelite de Luxembourg (the representative Jewish body of the Duchy) in 1937. Albert's sister Margaretha fell in love with a Jewish refugee (originally from Poland) named Max (Moses) Koch. Max had been interned in Dachau for six months after Kristallnacht and was released only after his sister in Palestine (Miriam Serebrenik) used her familial connection to Robert Serebrenik, Grand Rabbi of the Duchy of Luxembourg, to secure him a place to go. Soon after his arrival in Luxembourg in April 1939, Max met Margaretha Nussbaum. The following year, in September 1940, the couple was wed and departed for Havana, Cuba, where their son Milton was born on December 28, 1944. Following the German invasion of Luxembourg on May 10, 1940, Albert became president of the Consistoire and began to devote all his time to the rescue of Jews under Nazi domination. When it became clear that the Jewish community had no alternative to deportation but emigration from Europe, Albert went to Lisbon, Portugal to organize their orderly emigration in cooperation with the American Joint Distribution Committee, the HICEM and the Portuguese Refugee Committee. To facilitate his task the Luxembourg government appointed him Commissioner of Emigration, an attache to the Minister of Justice. His most intense period of activity came between February and September of 1941. In February the American consulate in Luxembourg received authorization to issue immigration visas, and by June that consulate was closed down. During these months Albert worked tirelessly to arrange transportation for the thousands of refugees who had to depart from the last open port in Europe before their visas expired. In recognition of his abilities, Albert was appointed director of the JDC's new Transmigration Office in Lisbon on May 15, 1941. Albert continued in this capacity until he left Lisbon for the Dominican Republic in January 1942. He arrived in the U.S. on May 10, 1942. All his siblings were able to emigrate. Jeanne and her husband Joeph Nussbaum, togeteher with their two girls, escaped in Switzerland. Magdalena and her husband Fritz Fraenkel came to Cuba in 1940.