Portrait of a Jewish toddler holding onto a chair in the garden of a home in Frankfurt am Main, Germany. 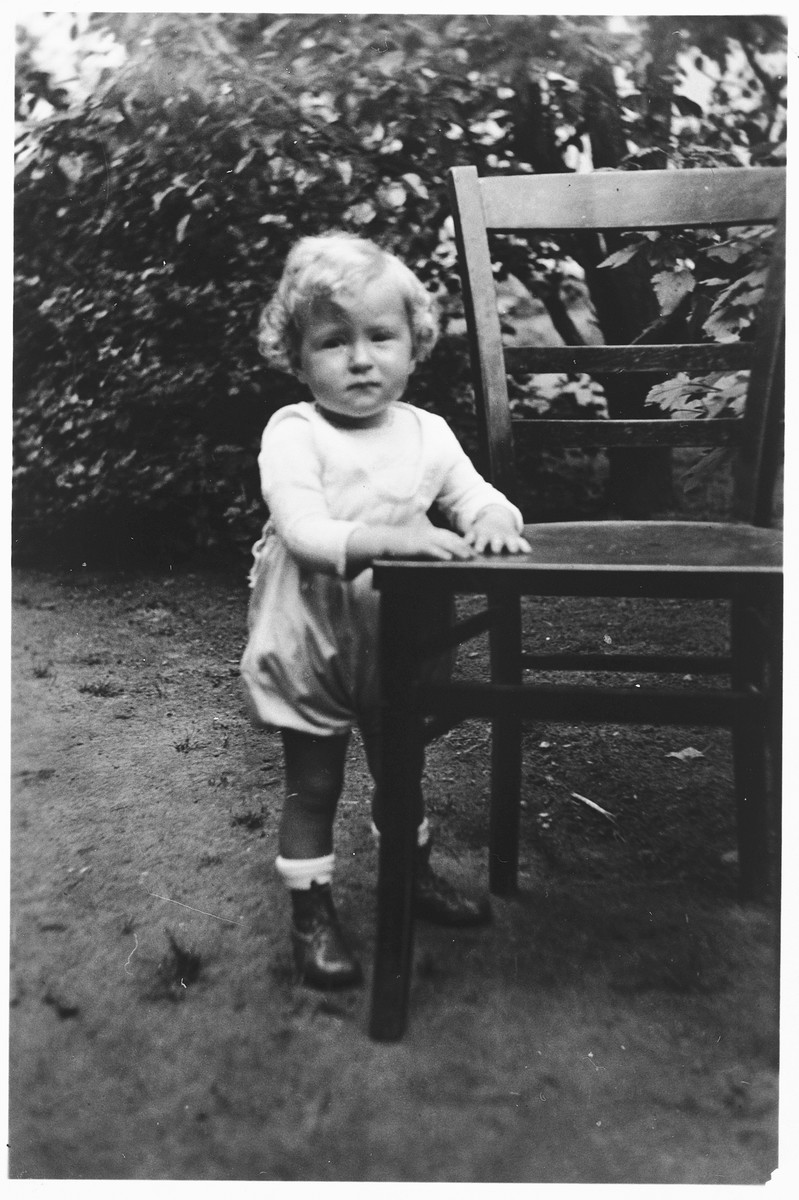 Portrait of a Jewish toddler holding onto a chair in the garden of a home in Frankfurt am Main, Germany.

Biography
Brigitte Joseph is the daughter of Benno and Hertha Joseph. She was born in 1930) and lived with her parents in Berlin. In May 1939 Brigitte sailed with her family on board the MS St. Louis to Havana. When the ship was forced to return to Europe, the Josephs were given refuge in France. Subsequently, they were arrested and interned in Drancy. On September 9, 1942 they were deported to Auschwitz on convoy #30. Hertha and Brigitte were gassed upon arrival. Benno was removed from the convoy, along with 200 other men, when it made a stop in Kosel, Germany and conscripted for forced labor. He was later deported to Auschwitz on April 1, 1944. Benno survived and immigrated to the U.S. in 1946. He remarried in 1950 and died in 1969.