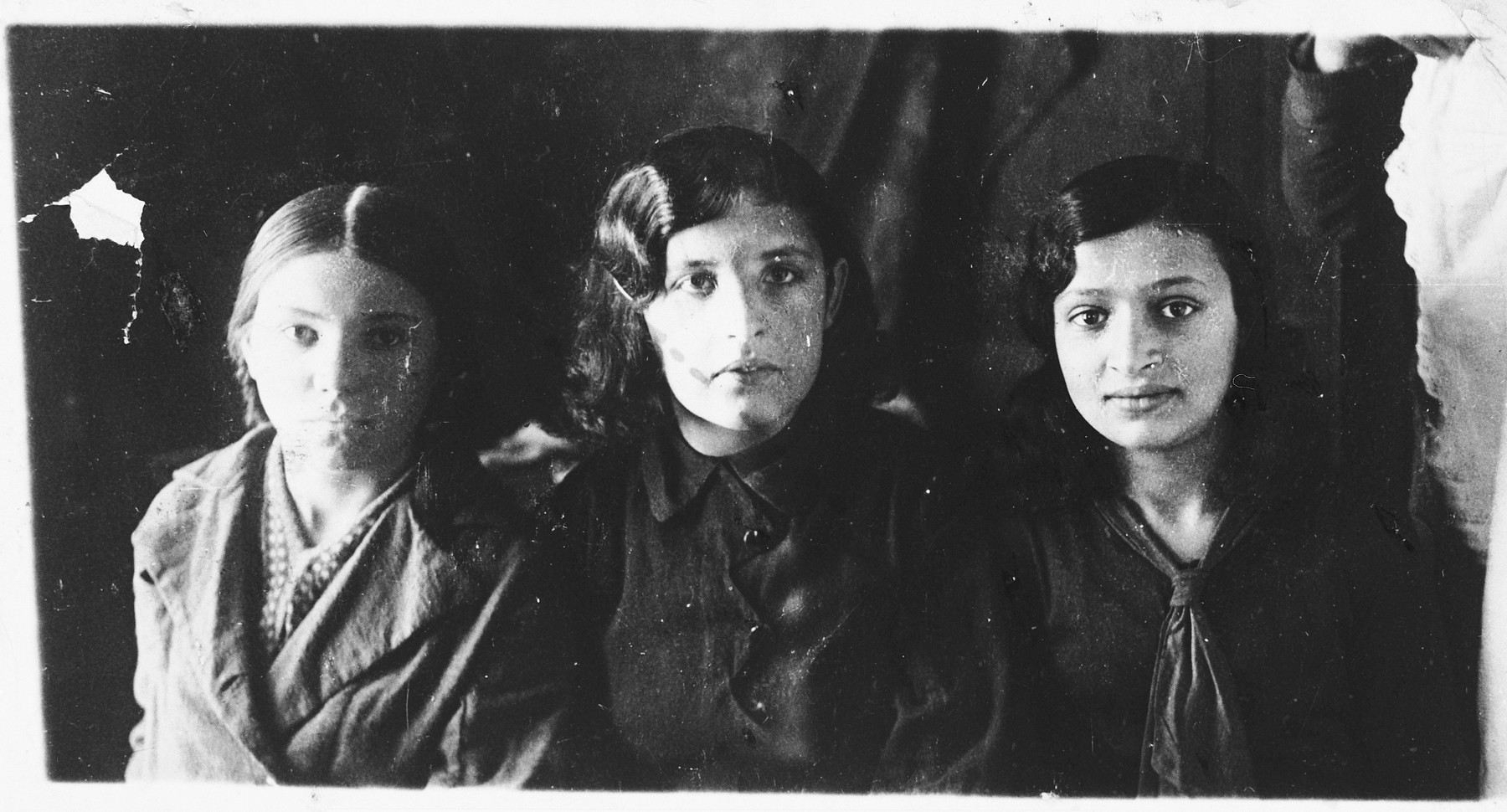 Biography
Maria Maymina (born Maria Minya Gerchikova) is the daughter of Zorach and Dvera Gerchikova. She was born November 15, 1925 in Chechersk, Belarus, where her father worked as a tailor, but also raised livestock and had an orchard and vegetable garden. Maria had five siblings: Ester (Phira), Feiga-Riva (Fanya), Sonia, Eshka (Asya) and Leva. Her paternal grandmother Roch-Leya lived with them, and many relatives lived nearby. The family led a traditional Jewish life, and when the Soviets outlawed religious practice in 1938, they continued to observe many religious rituals secretly, including praying in private homes and baking matzahs for Passover. Maria attended a Yiddish language school for several years, until she was required to attend a Russian school. During a German bombing raid on the town at the beginning of the June 1941 invasion, Maria was wounded and her home was destroyed. By this time, her father and uncles had been drafted into the Soviet army, and the rest of the family now fled to a neighboring village. Maria and her family returned to Chechersk in August and lived in a bomb shelter that belonged to a relative. As German troops approached their town, the family (including many extended family members) fled once again. At first they were able to travel in a horse-drawn wagon, but eventually had to go on foot when the horse could no longer pull everyone. Along the way, German soldiers encircled a group of refugee wagons and shot all those inside. Among those killed was Maria's five-year-old cousin Klara. At first Maria and her family traveled primarily on paved roads, but as German troops got closer they continued their trek at night through the forests. At times, retreating Russian troops gave them provisions. Otherwise, they foraged in the woods or begged food from villagers. After about a month, they arrived in Kursk. They stayed in a refugee shelter for a week, before boarding a freight train to Uzbekistan. Not permitted to settle in a large town, they went to live on a collective farm, called Pachtacor, outside of Penza. Though the Uzbeki farm workers were paid in groceries, the Jewish refugees were given only one flatcake a day. Maria's grandmother and two of her sisters soon died of malnutrition. Eventually, the family was granted permission to move to the town of Fergana, where Maria got work in a textile factory spinning yarn. Some time in 1942, they learned that Maria's father, Zorach, had been killed in action near Kiev. After receiving permission to learn accounting, Maria became the factory bookkeeper and later, the director's personal secretary. The family's living conditions slowly improved. They were allowed to live in a room at the factory and received more food and clothing. In 1944 they learned that Chechersk had been liberated, and they decided to return home. During the trip home, all of their belongings were stolen. Since their own home in Chechersk had been destroyed, they stayed in the ruins of their aunt's house. At that time, they learned that the Jews who had remained in Chechersk had been shot shortly after the Gerchikovas had fled. Maria and her mother eventually found work. They also received a cow from the government as compensation for fact that Zorach had been killed in action. In January 1946, Maria married Gregory Isaakovich Maymin and moved to Bobruisk. She returned to school in 1952 and eventually became a math teacher. In 1992 she immigrated to the United States.