Portrait of the Garber family in the Warsaw ghetto. 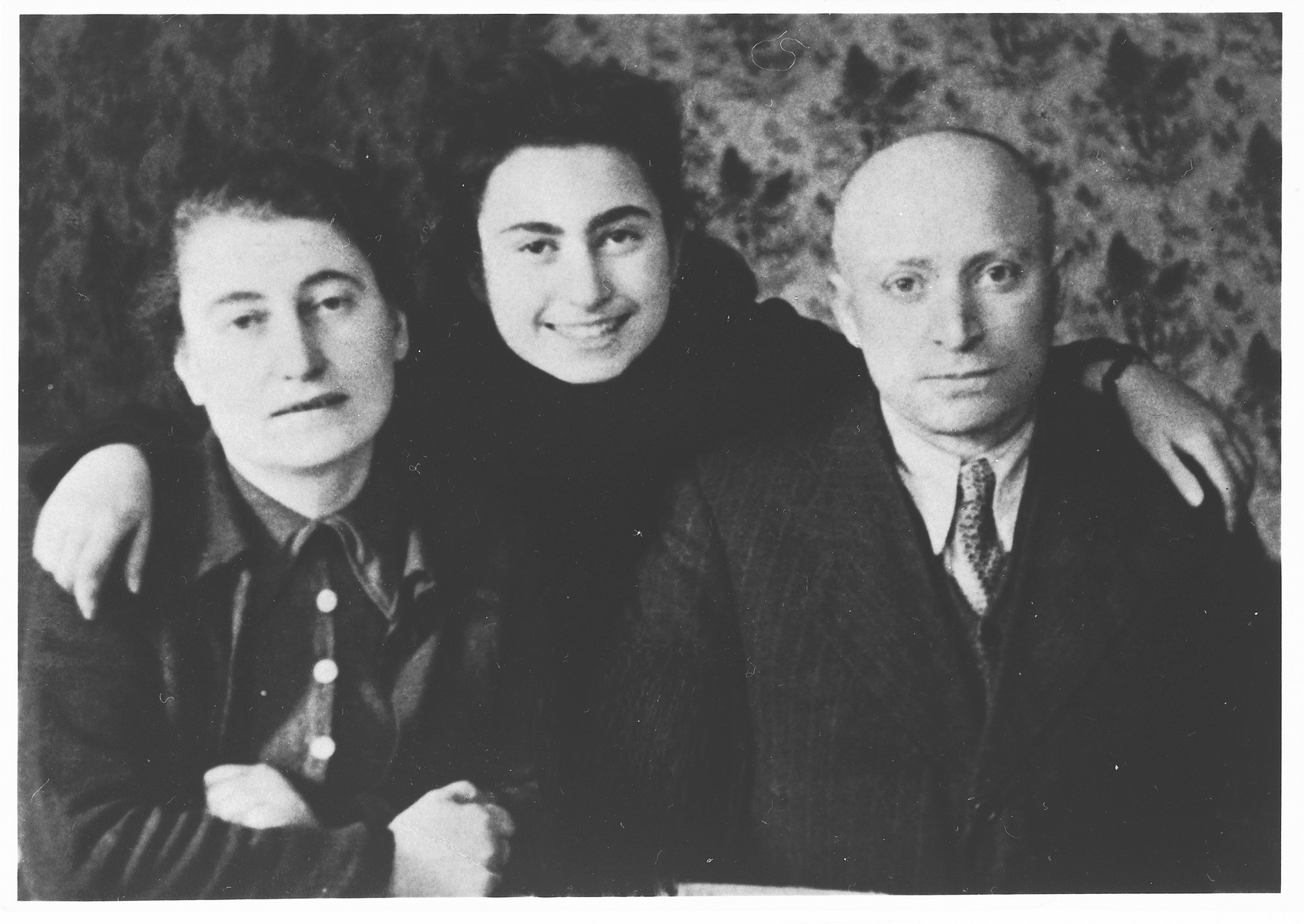 Portrait of the Garber family in the Warsaw ghetto.

Biography
Michael Garber (born Mojsej Garber) is the son of Aron Garber and Frajda Pentman Garber. He was born on December 31, 1918 in Warsaw where his father was a businessman. His parents were born in a small shtetl in Russia and moved to Warsaw during World War I where they married. Mojsej had one sister Bronia. The family was observant but not orthodox. Mojsej attended a Heder and then attended the private Chinuch School. After graduating from Gymnasium in 1936, Mojsej went to Tours, France to study medicine since opportunities for Jews to go to medical school were very limited in Poland. After three years, the Polish government would not prolong his visa to remain in France, and he had to return to Poland. Mojsej vacationed with his mother in Krynicia and returned to Warsaw after one month on one of the last trains back to the city prior to the German invasion. Soon afterwards, Aron was told to report to the army citadel for one day's forced labor. Mojsej went in his father's place and had to dig ditches and remove the army horses that died during the bombardment. The German soldiers hit the older Jews on their heads and faces ordering them to work faster. At the end of this horrific day, Mojsej returned home and described what happened. However his father who had worked with the Germans during the previous world war insisted that the Germans were civil and predicted that the war would be over soon. Mojsej was less sure, and he and a school friend escaped to Bialystok in the Russian sector by hiding in a hay wagon. Mojsej's parents and Bronia remained in Warsaw and perished in the Holocaust. Mojsej stayed with friends for three weeks and then proceeded on to Lvov in the hope of completing his medical studies. However, he was not accepted since the Communist government labeled his father as a capitalist. Instead Mojsej worked as a laborer in a laundry and hoped he could reapply to medical school. In 1940 the Russian NKVD ordered him to report to the police station and deported him to Siberia where he spent the next several months cutting trees. However, following the German invasion of the Soviet Union, Mojsej wrote to the Communist party and suggested that he could be more useful as a physician's assistant rather than a laborer. He was told to report to a regional hospital in Solvitchegodsk in order to take a test to see if he knew enough to become a physician's assistant. After he passed, he was sent to a different camp where he was the only Jewish prisoner. The others were Poles. As a physician, he enjoyed a heated room and also was in charge of supervising the kitchen and inspecting the cleanliness of the food. He became friends with the chef and managed to obtain more food. He also helped deliver babies after studying books that he found among the midwives who were in the same camp. After his release from the camp about one year later, he decided to go to Uzbekistan. Since there were already too many physicians among the refugees in Tashkent, he was sent to a Kolkhoz (collective farm) and became the medical assistant for five farms. Following the signing of the Yalta agreement in February 1945, Polish refugees were granted permission to leave Russia, and Mojsej decided to return home. A few months earlier, he had met another refugee named Ella. Since she had no documents proving that she was Polish, the Soviets would not let her leave. Her father asked Mojsej if he would marry her in order to help the family leave, and he promised that they could divorce once they reached Poland. Mojsej obliged, but rather than split, the couple entered into a long, lasting marriage. Mojsej finished his medical studies in Wroclaw and then was drafted into the Polish army where he worked as a doctor until 1953. He returned to Warsaw and immigrated to Israel in 1956. However, he only stayed a few weeks in Israel as he was told that there were too many doctors in the country. He then returned to France and worked as an EKG technician in Paris before immigrating to the United States to complete his residency.