Group portrait of Jewish teenagers who came to Switzerland after their liberation from Buchenwald. 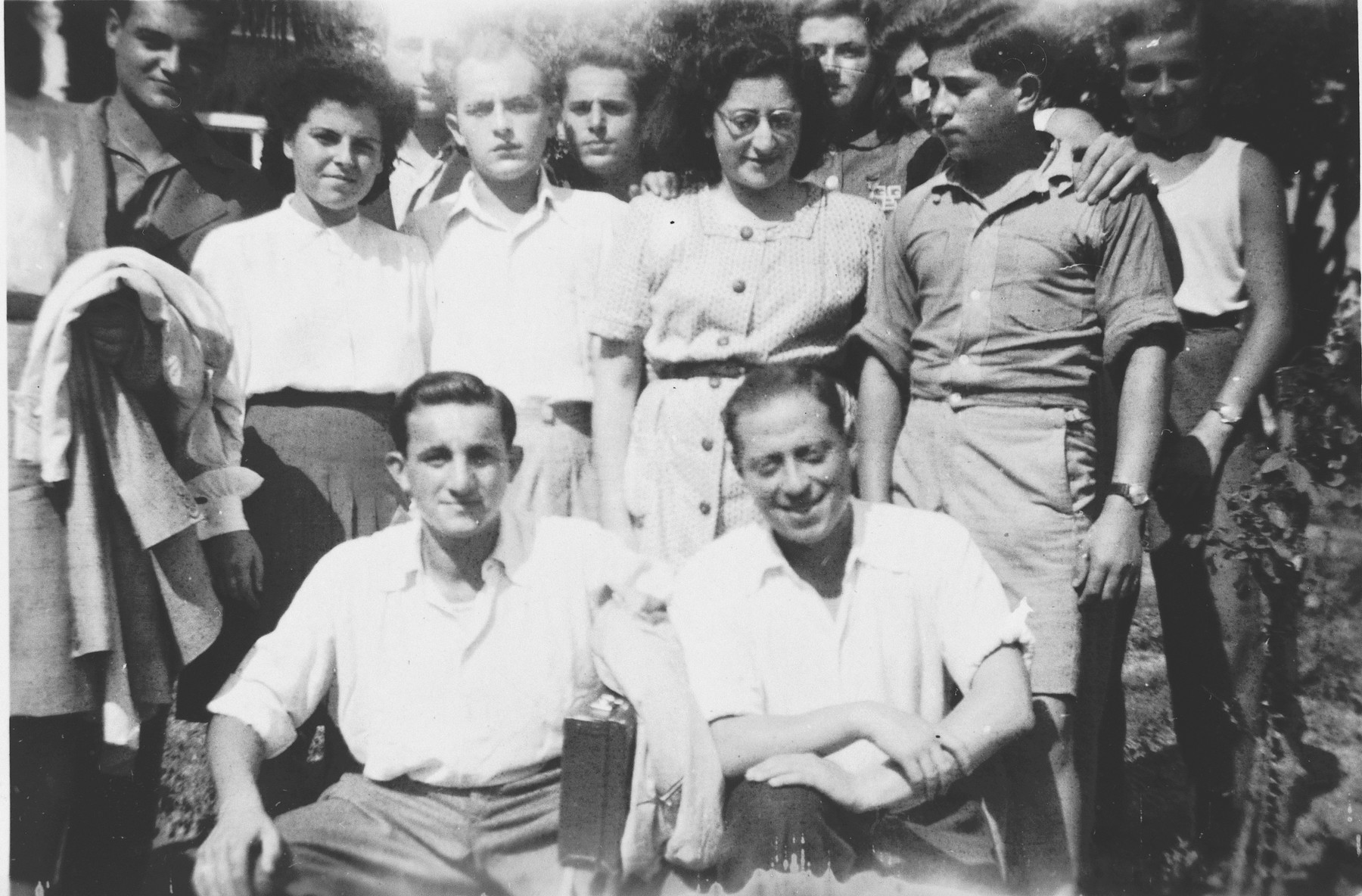 Group portrait of Jewish teenagers who came to Switzerland after their liberation from Buchenwald.

Among those pictured is Abraham Grajz (middle row, right). Arthur Bornstein is standing in the back row on the far left. Stanley Appel is seated on the left.

Arthur Bornstein (born Arie Bornstein) was born in Oswiecim, Poland in 1926 to Yaakov and Reizel Bornstein. Arie was the youngest of four brothers. His father was a barber and his mother was a housewife. When Nazi Germany invaded Poland in 1939, Arie was separated from his brothers, Samuel, Henry, and Harry, who fled east and found refuge in Russia. Arie stayed behind with his parents from whom he eventually became separated by the Nazis in 1942. His parents were sent to die in the Auschwitz concentration camp and Arie was sent to Breuberg, Germany to work in a slave labor camp. He was eventually transferred to a munitions factory camp where he suffered under deplorable conditions making armaments for the German army. When the Germans begin retreating from the Allied forces, Arie was forced to march east with the other survivors. In the spring of 1945, he arrived in Buchenwald where he was liberated by the Americans. After the liberation, Arie became very ill and was hospitalized within the camp for weeks. After his recovery, he joined a transport of child survivors to Switzerland, even though he was already 17. Two years later, he immigrated to the United States under the sponsorship of his maternal uncle. He worked for him in his monument business where he eventually became a partner and full owner