Polish and Jewish girls in a gymnasium in Wloclawek. 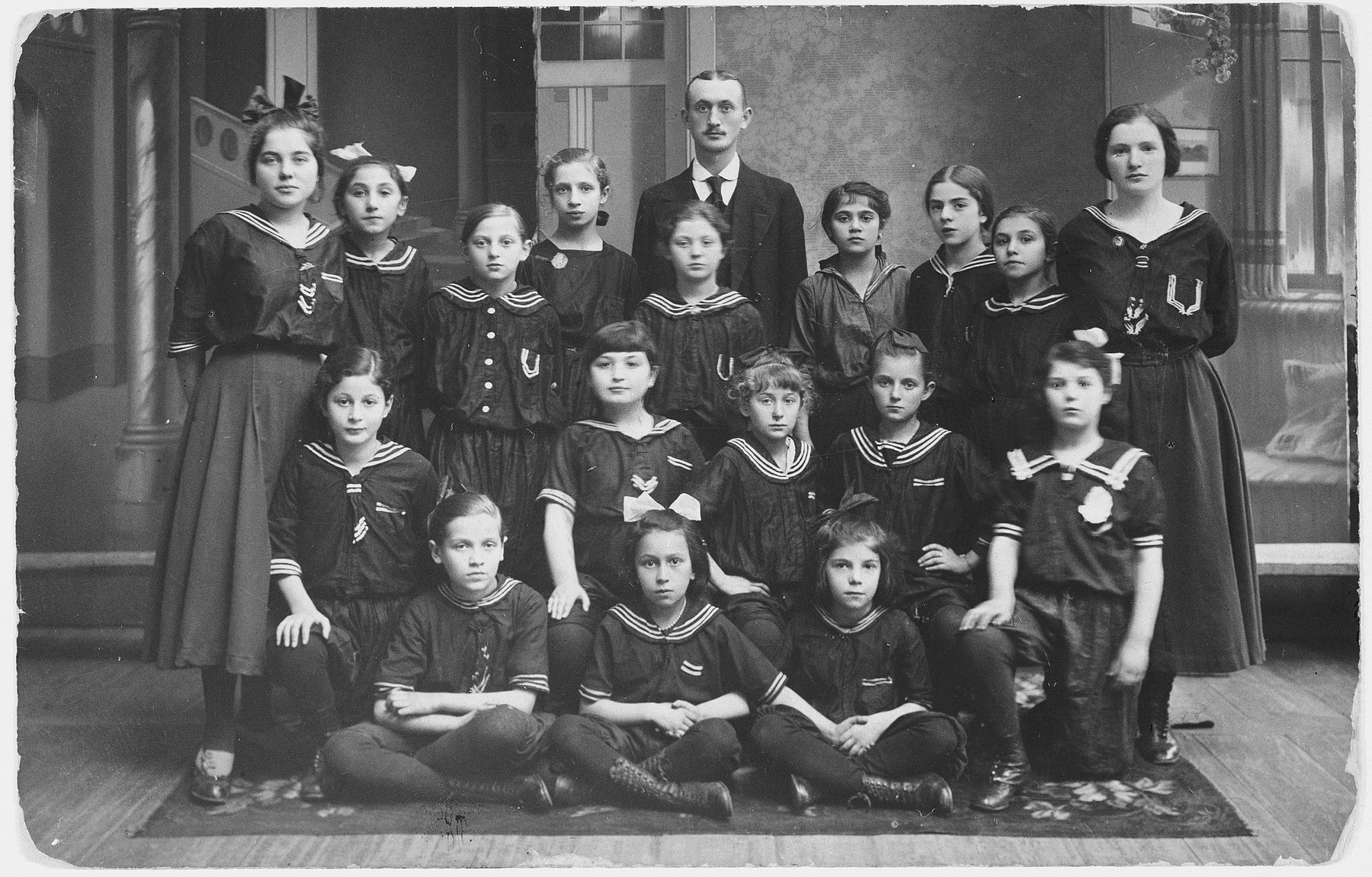 Polish and Jewish girls in a gymnasium in Wloclawek.

Among those pictured is Henia Dyszel.

Biography
Marie Winkelman (born MarieTokar, later Lubowski) is the daughter of Herman Tokar and Helen Dyszel Tokar. She was born in 1925 in Wloclawek Poland where her father had a wool and leather import-export business. Her younger brother Alexander was born in 1929. The family was assimilated and spoke Polish at home. At some point her family came to Warsaw and were imprisoned in Warsaw ghetto. There Marie met young people involved with the underground. Through them she met a young Pole, Henriek Kowaclo, who was helping to bring ammunition into the ghetto. He offered to hide Marie. At first her parents objected but later, as conditions worsened, they agreed to let her go. She left the ghetto in erly 1944. Henriek was killed during the uprising, and afterwards Marie went to hide with other people. Using false papers, she hid in the suburbs of Warsaw for the rest of the war. After the war she returned to Wloclawek to see if any family members survived. Both of her parents and her brother had perished. About one year later, the Jewish community offices in Wloclawek contacted her to say they were looking for any surviving relatives of a young child named Alina Peliar. Alina was Marie's first cousin; her mother, Esther Dyszel Peliar, was the youngest sister of Marie's mother. After Alina's parents were killed, the Roswadowski family found the one-year-old Alina and hid her in their home. Mr. Roswadowski was the director of a bank. Marie picked up Alina and cared for her until she could arrange for the little girl to move to a Youth Aliyah kibbutz in Israel. Meanwhile, Marie married Jon Lubowski, another survivor of the Warsaw ghetto, and went with him to Sweden. Five years later they moved to the United States. Mrs. Roswadowski passed away a few years after the war. Marie sent money to erect a cross on her grave as a sign of gratitude from Alina.