Survivors wearing their camp uniforms remove the dead on carts and stretchers at the newly liberated Ebensee concentration camp. 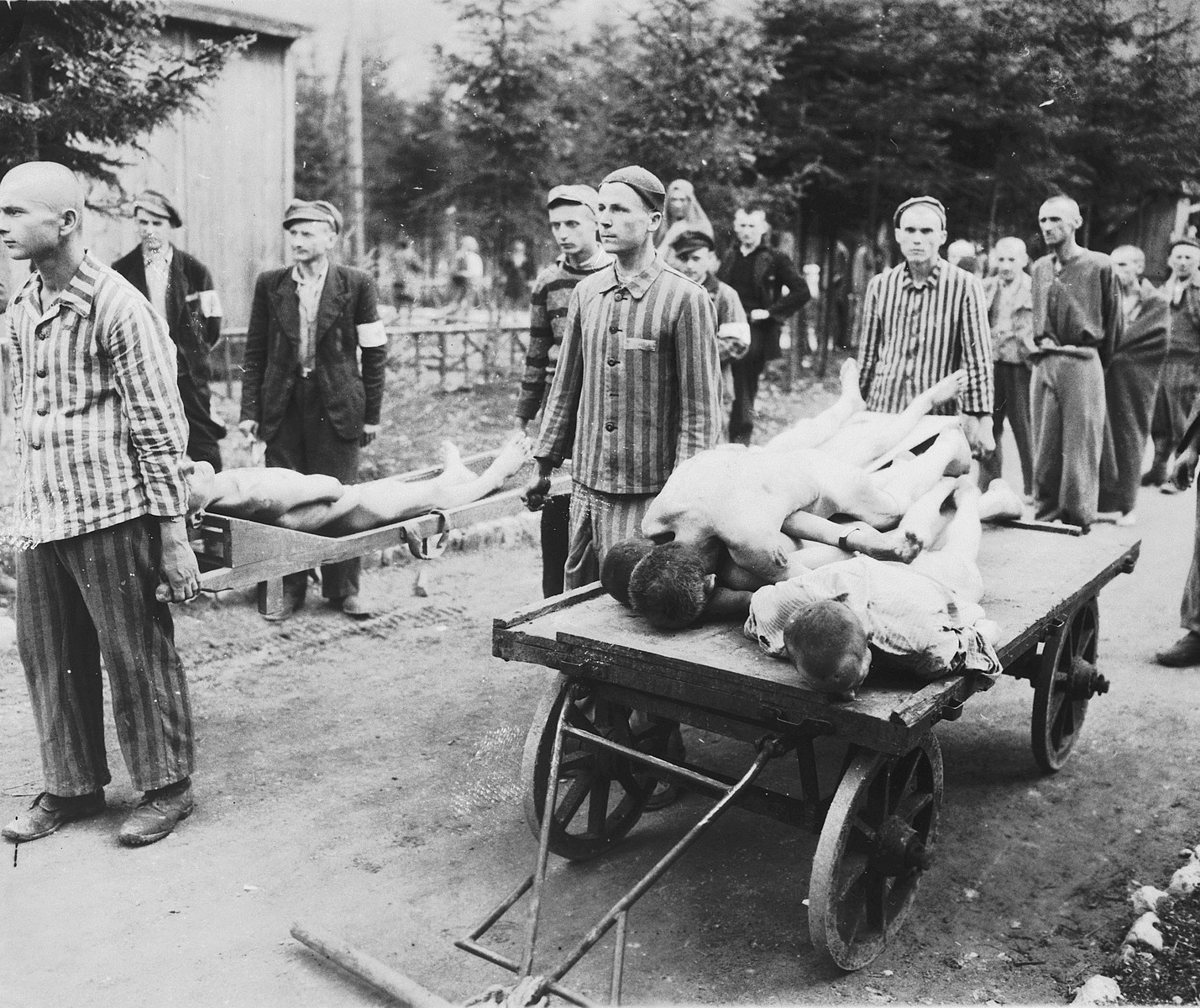 Survivors wearing their camp uniforms remove the dead on carts and stretchers at the newly liberated Ebensee concentration camp.

Among those pictured is Henek Brodt. He is standing sixth from the left, partially obscured, wearing a prisoners uniform, cap and armband.