A group of girls stand in a line holding flowers in the Chateau de La Guette children's home. 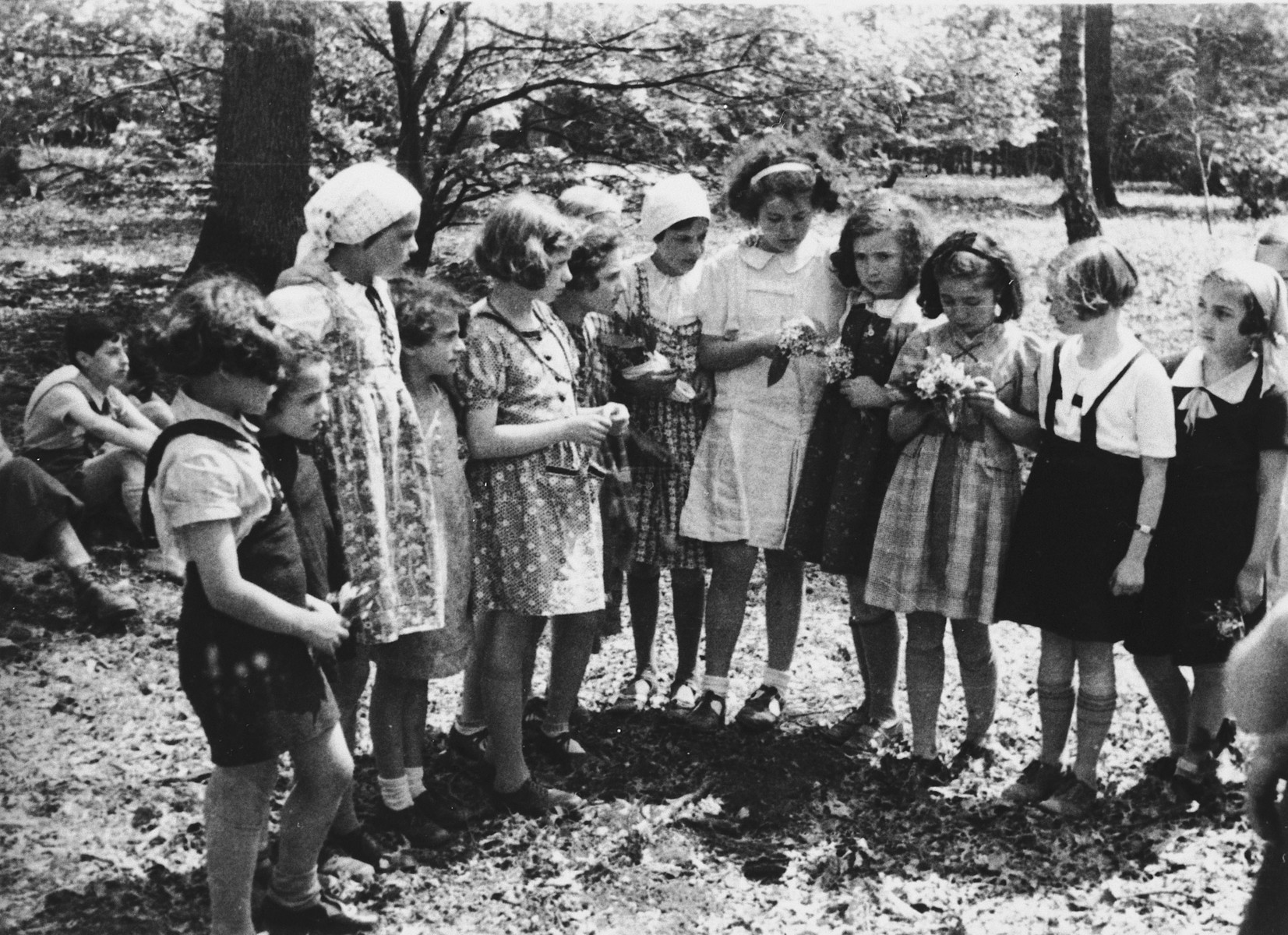 A group of girls stand in a line holding flowers in the Chateau de La Guette children's home.

Event History
Chateau de la Guette was a mansion owned by Edouard and Germaine de Rothschild located in the Seine-et-Marne district near Paris. Between March 1939 and May 1940, la Guette served as a home for 130 German Jewish refugee children between the ages of nine and fifteen. The home was a major project of Le comite israelite pour les enfants verrant d'Allemagne et l'Europe Centrale, an assistance committee founded by Germaine de Rothschild in the wake of the Kristallnacht pogrom, to get Jewish children out of Nazi Germany and Austria. The children arrived in March and April 1939, in convoys from the Palatinate, Berlin and Vienna. La Guette was directed first by Willy Katz and subsequently by Ernst Jablonski. In the summer of 1939, nine fourteen and fifteen-year-old girls were sent to a boarding school in St. Briac (Bretagne) to learn French. The other children remained in la Guette until it was evacuated in May 1940 to the village of La Bourboule in the Massif Central region where it was directed by Flore Loinger, wife of Georges Loinger. Henry Pohoryles served as an educator. There, the children were housed at the Hotel des Anglais. Some of the older girls worked at the hotel and other establishments in the village, while the older boys were hired as farmhands or apprenticed to local aritsans. Others were sent to a boarding school in Clermont-Ferrand to further their education. At the end of 1941, after the departure of the Rothschilds for the U.S., the home was integrated into the OSE network, and the children were transferred to various centers. In 1942, two groups of children were allowed to emigrate to the U.S. via Lisbon. Of those who remained in France, ten were later deported and all but one perished. A few managed to escape to Switzerland or joined the resistance, and the rest survived on false papers, hidden in monasteries or with French families until the end of the war.