Studio portrait of Jewish siblings from Kovno who were killed in Vilna during World War II. 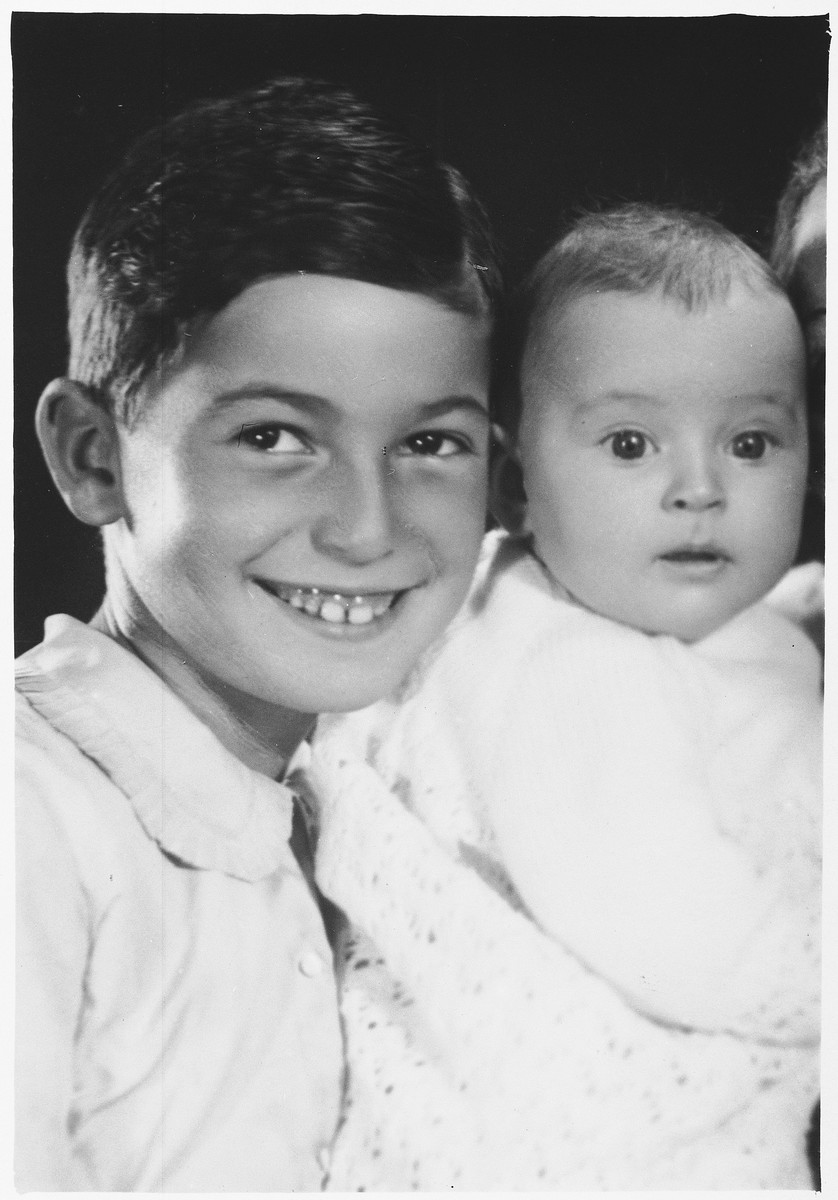 Studio portrait of Jewish siblings from Kovno who were killed in Vilna during World War II.

Pictured are Garrik and Tamara Hofmekler, the children of M. Leo and Sonya (Levin) Hofmekler. Both perished in the Vilna ghetto along with their parents.