Medical students gather around tables and examine specimens under microscopes. 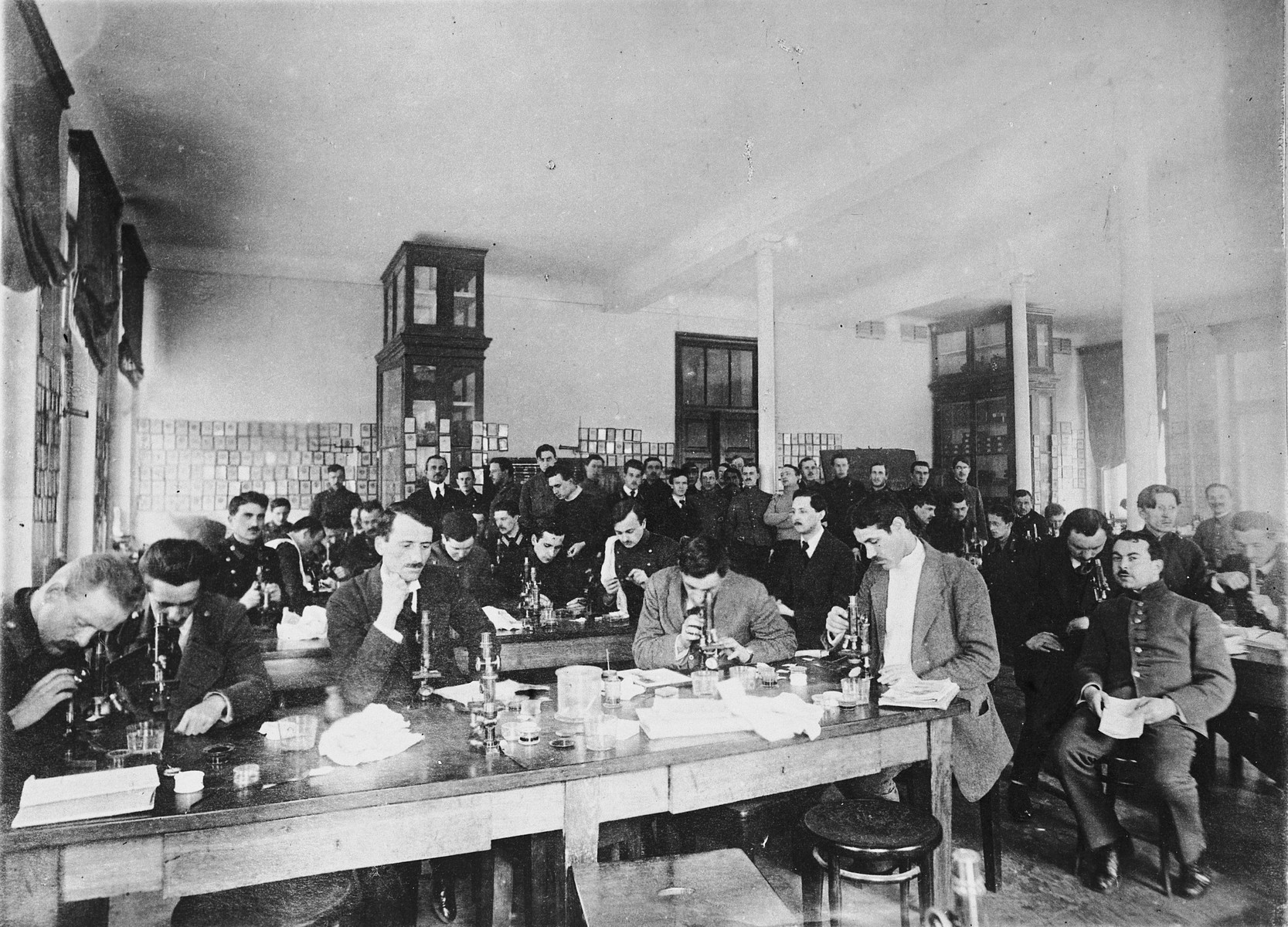 Medical students gather around tables and examine specimens under microscopes.

Among those pictured is Itzchak Rafes.