Newspaper article featuring a photograph of James G. McDonald in conversation with Lady Nancy Astor on board the SS Queen Elizabeth. 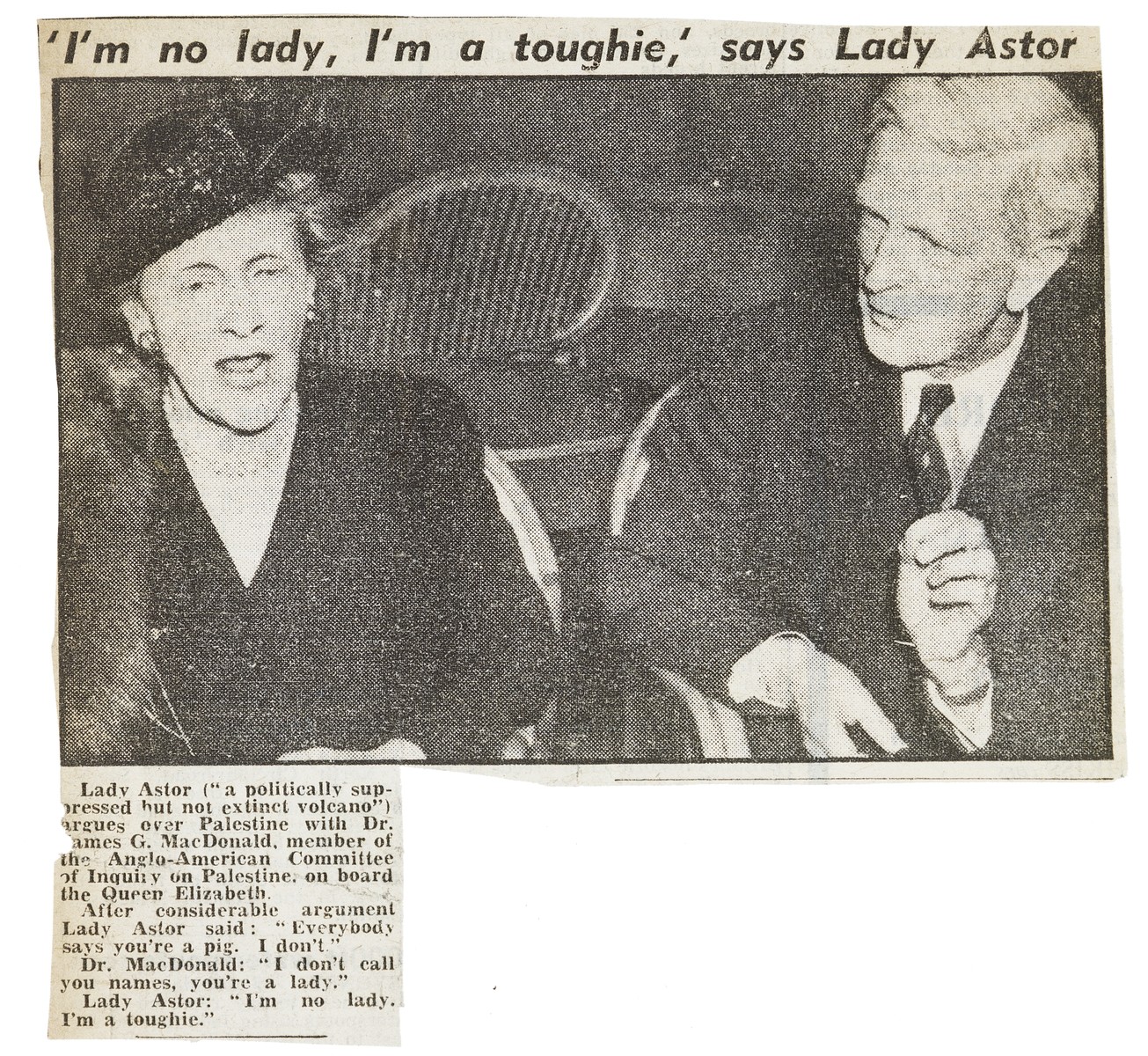 Newspaper article featuring a photograph of James G. McDonald in conversation with Lady Nancy Astor on board the SS Queen Elizabeth.

Lady Astor expresses her views on Palestine with McDonald, who is serving on the Anglo-American Committee of Inquiry on Palestine.