Members of the Jewish community of Tienstin gather to organize relief efforts for Jews abroad. 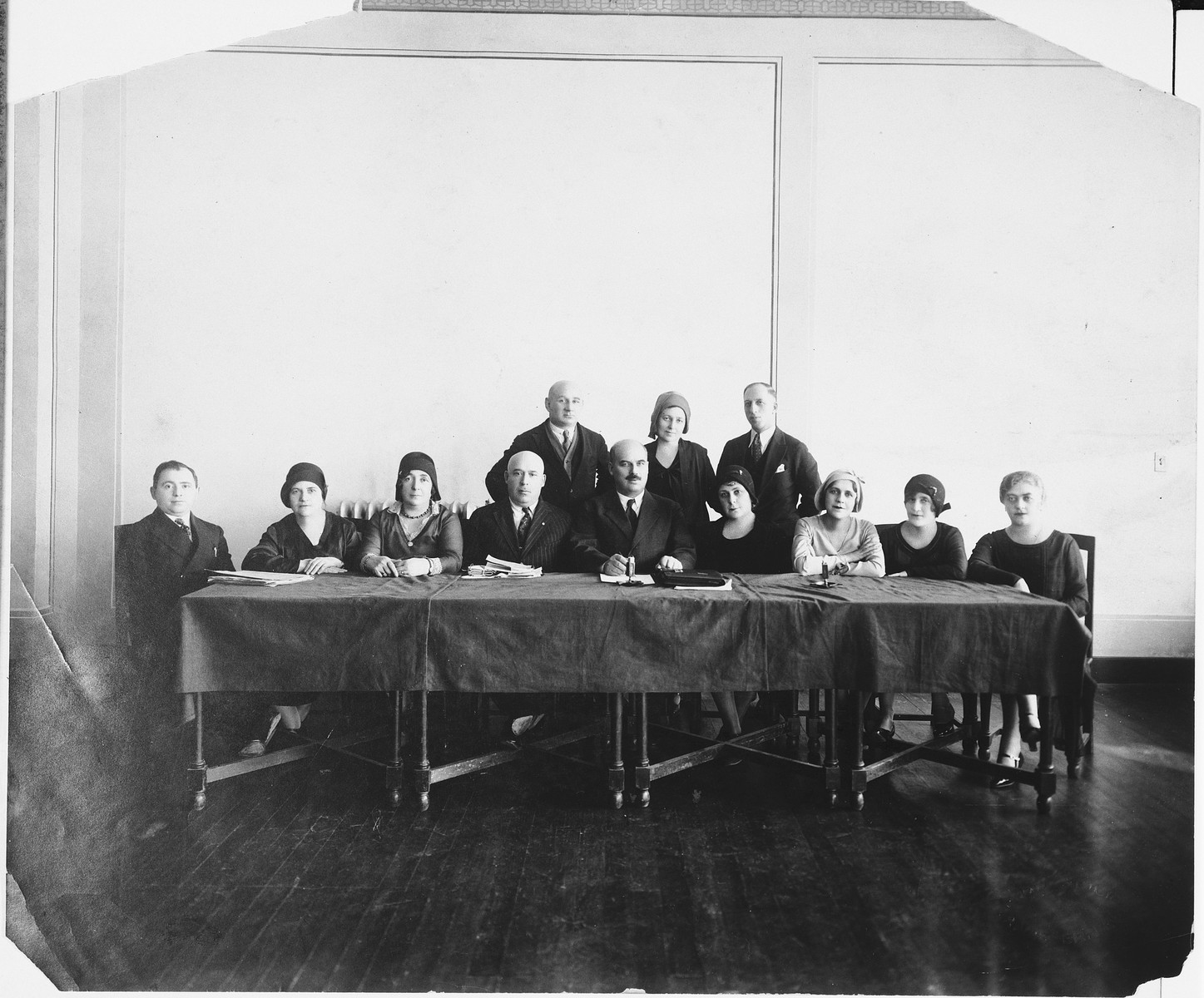 Members of the Jewish community of Tienstin gather to organize relief efforts for Jews abroad.

Pinchas Toper is seated fourth from the left.