Group portrait of children from the Blankenese children's home pose with large poles outside a building with a large sign reading "Kibbutz Zerubavel." 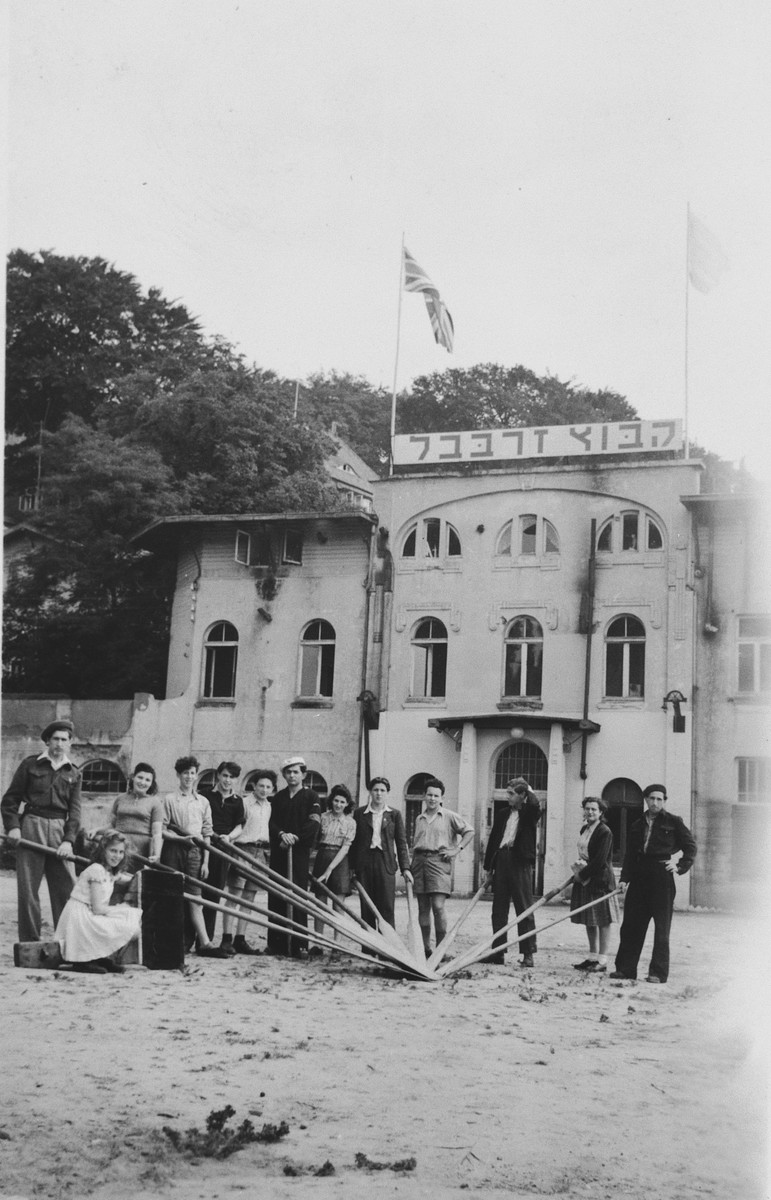 Group portrait of children from the Blankenese children's home pose with large poles outside a building with a large sign reading "Kibbutz Zerubavel."

Among those pictured is Moniek Izbicki.

Event History
The sixteen acre Kosterberg estate owned by Max Warburg, the prosperous Hamburg Jewish banker, had been in the family for generations. In October 1941 it was seized by the Nazi regime and turned over to the army for use as officers' quarters and a military hospital. Following the German defeat, the British established a field hospital on the premises. A few months later, Eric Warburg (Max's son) returned to Germany and requested the return of the property. As a member of the Joint Distribution Committee's board of directors (his uncle Felix Warburg was one of the founders of the JDC), Eric decided to turn over the estate to the JDC for use as a shelter for Jewish orphans rescued from the concentration camps. Hundreds of children (most of them liberated in Bergen-Belsen and Theresienstadt) passed through the Warburg home in the three years of its operation.
https://www.ushmm.org/wlc/en/article.php?ModuleId=10005367.
Biography
Moniek Bicky (born Moniek Izbicki) is the son of Bernard and Soli (Sarah) Izbicki. He was born on February 17, 1929 in Lodz, Poland where his father manufactured shoes. Moniek and his parents survived the Lodz ghetto, but were sent from there to a concentration camp. Moniek was imprisoned in the Sachsenhausen concentration camp, and was reunited with his mother after the war. They went to the Blankenese children's home outside of Hamburg where Soli worked in the kitchen and as an educator. In the late 1940s they immigrated to the United States.