Agnes and Zsuzsi Laszlo stand together next to a wooden fence in their small farming community of Pogony Puszta. 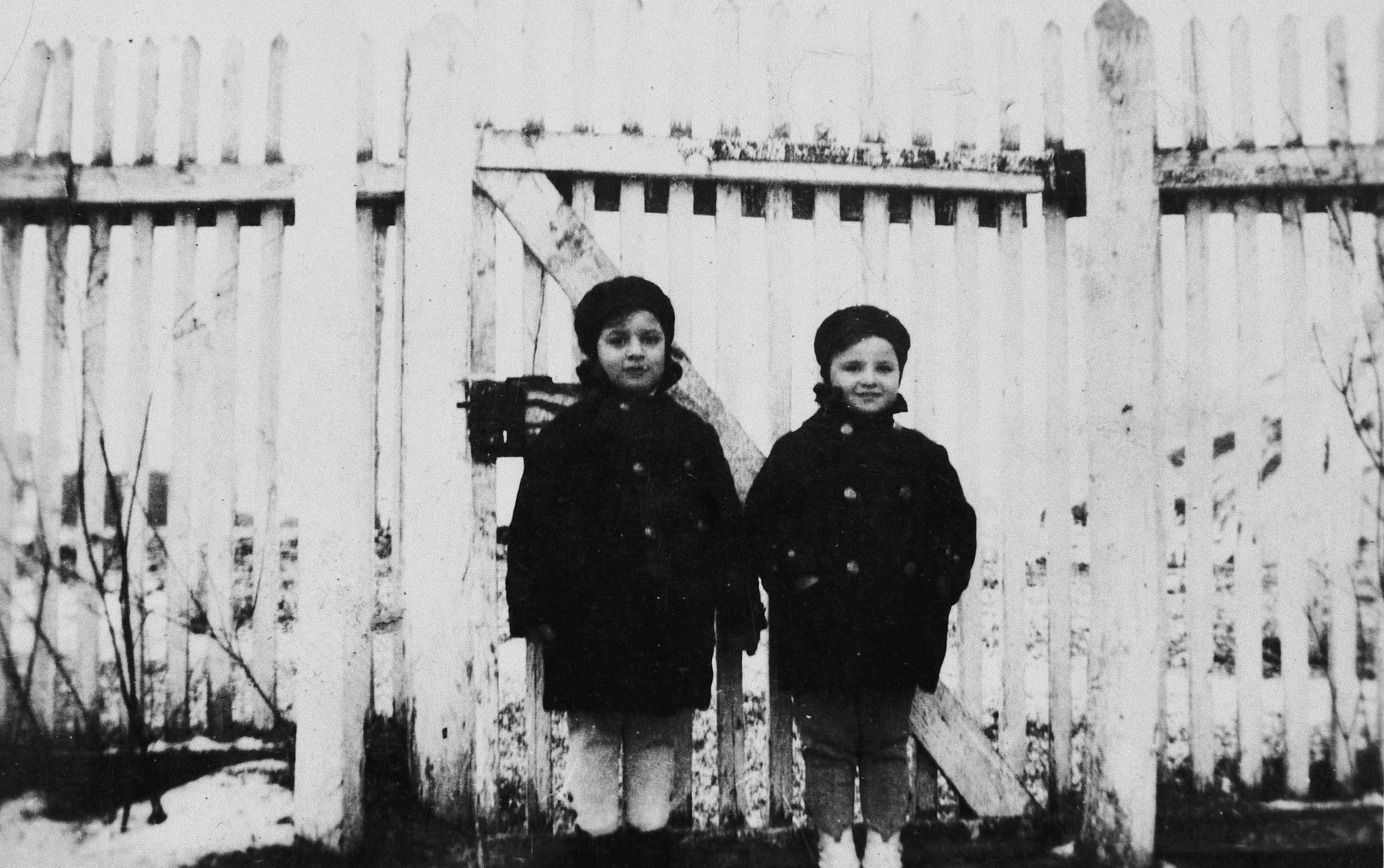 Agnes and Zsuzsi Laszlo stand together next to a wooden fence in their small farming community of Pogony Puszta.

Biography
Agi Geva (born Agnes Laszlo) is the daughter of Zoltan Laszlo and Rosalia Laszlo. She was born in Budapest Hungary on June 2, 1930 and spent the first six years of her life in a small farming village, Pogony-Puszta where her father managed a large farm. Agnes had a sister, Zsuzsi (Shosha) who was one year younger. In 1936 due to her father's failing health and antisemitic legislation prohibiting Jews from working in the agro-business, the family moved to Miskolc. Her mother managed a pension, and Agnes and Shosha were among the handful of Jewish students who attended the Protestant gymnasium. On March 19, 1944, Germany occupied Hungary, the same day that Zoltan succumbed to disease. Rosalia and her daughters returned from the cemetery to find German soldiers in the town. She sent her daughters to live with Christian friends, but after one week they returned to town. Rosalia then learned that a small group of Jews from the town were being sent to a nearby agricultural village to work in the fields. Sensing that conditions would be better there than in town, she arranged that she and her daughters join the group. After a month, they were forced to return to Miskolc. After a few days in the ghetto, they were then sent to live in a former brick factory located outside the town. In mid-June they were deported to Auschwitz. Rosalia, Agnes and Shosha remained in Auschwitz briefly and then were sent to Plaszow. When the Soviet army approached Plaszow in the fall, the three women were sent back to Auschwitz where they remained for a few weeks. They next were sent to Rochlitz where they attended a school to learn how to make airplane parts before being assigned to forced labor in an airplane factory in Calw, near Stuttgart. A total of 199 women worked there, 179 Hungarians and 20 Poles. As the war ended, they were put on a death march in the direction of Mauthausen until the American army liberated them in Garmisch on April 28, 1945. Rosalia remained with her daughters throughout the entire ordeal. After liberation Agnes, Rosalia and Shosha stayed at Hotel Post in Innsbruck for eight months before returning to Hungary. In 1949 they immigrated to Israel by way of Marseilles.