The Singer family poses for a portrait on a grassy field. 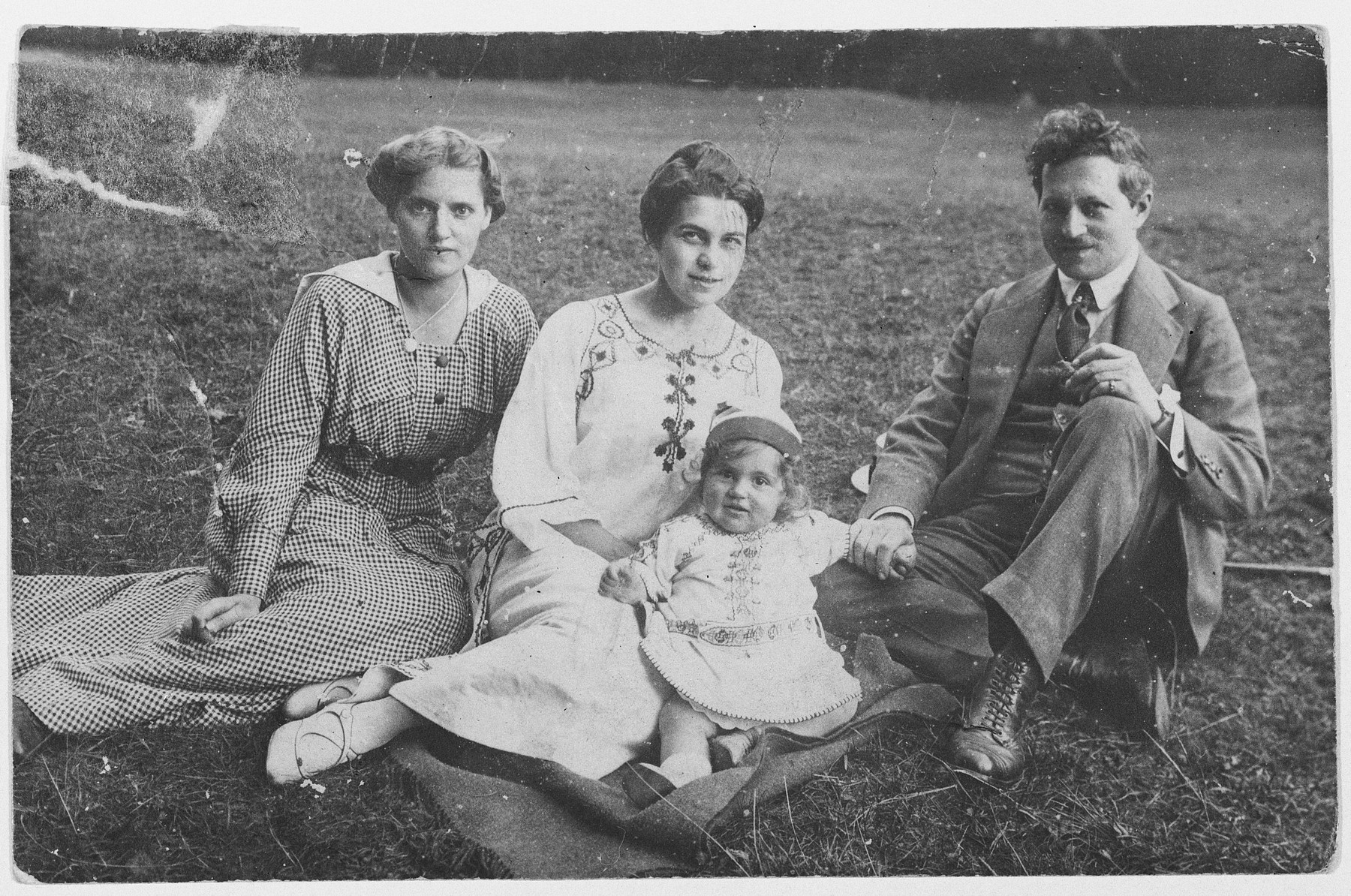 The Singer family poses for a portrait on a grassy field.

Pictured are a nanny, Gertrude, Margot and Kurt Singer.

Biography
Margalit Wachsman (born Margot Singer) is the daughter of Kurt Singer and Gertrude Horowitz Singer. Margot was born in February 1922 in Berlin. She had two siblings, Anna Liese and Hans. The family was quite intellectual and assimilated. Kurt was both a physician and a musician. In World War I he earned an Iron Cross for his service in a war hospital treating epidemics. In addition to his work as a neurologist, Kurt also founded and conducted the Judische Aerztechor (the Jewish doctor's choir) and later became the director of the Berlin municipal opera. After the Nazi rise to power, Kurt founded and directed the Judische Kulturbund, the Jewish orchestra. In the 1930, Margot's parents divorced. Her mother moved to Switzerland with her two siblings, and Margot remained with her father. In 1938 Kurt received an appointment at Harvard University and came to the United States, but as he had no permanent visa he had to return to Europe. On the way back to Germany he stopped in The Netherlands and stayed there on the advice of friends who warned him not to return to Germany. Margot meanwhile had become increasingly Zionistic as a result of Nazi antisemitism. She belonged to Hashomer Hatzair, and in 1938 she decided to immigrate to Palestine. She first went to St. Gallen, Switzerland to see her mother and then came to Palestine in 1940. Her father was deported from The Netherlands to Theresienstadt on April 20, 1943. He did not take an active role in Terezin's musical life since he was already suffering from poor health. In February 1944, he passed away from pneumonia.