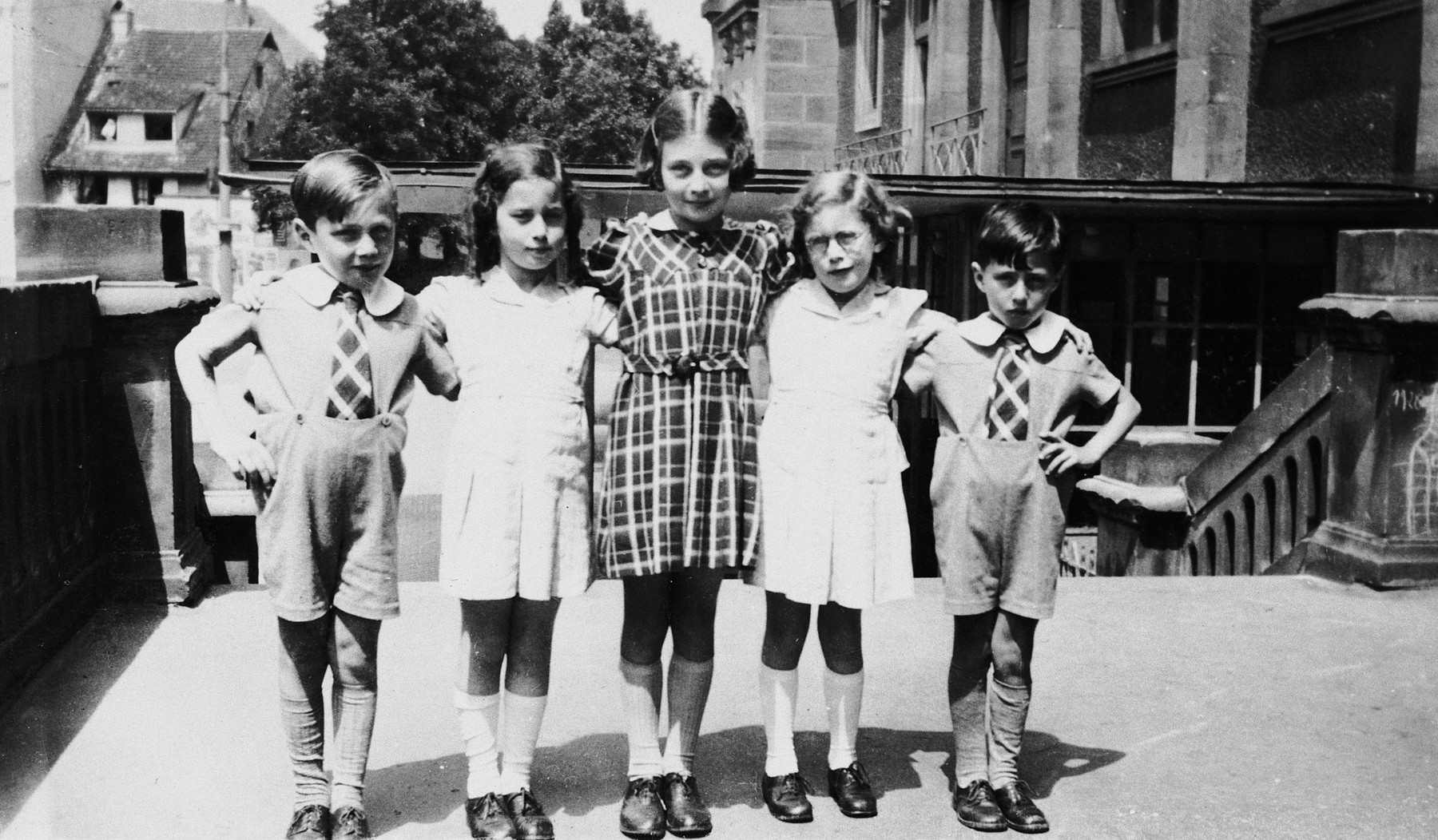 Marianne Schwab is in the center. Her twin brothers, Pierre and Louis are on the ends and her cousins are in-between them.