Jewish displaced persons, many wearing concentration camp uniforms, attend a memorial service for the 7000 prisoners who perished in Neustadt. 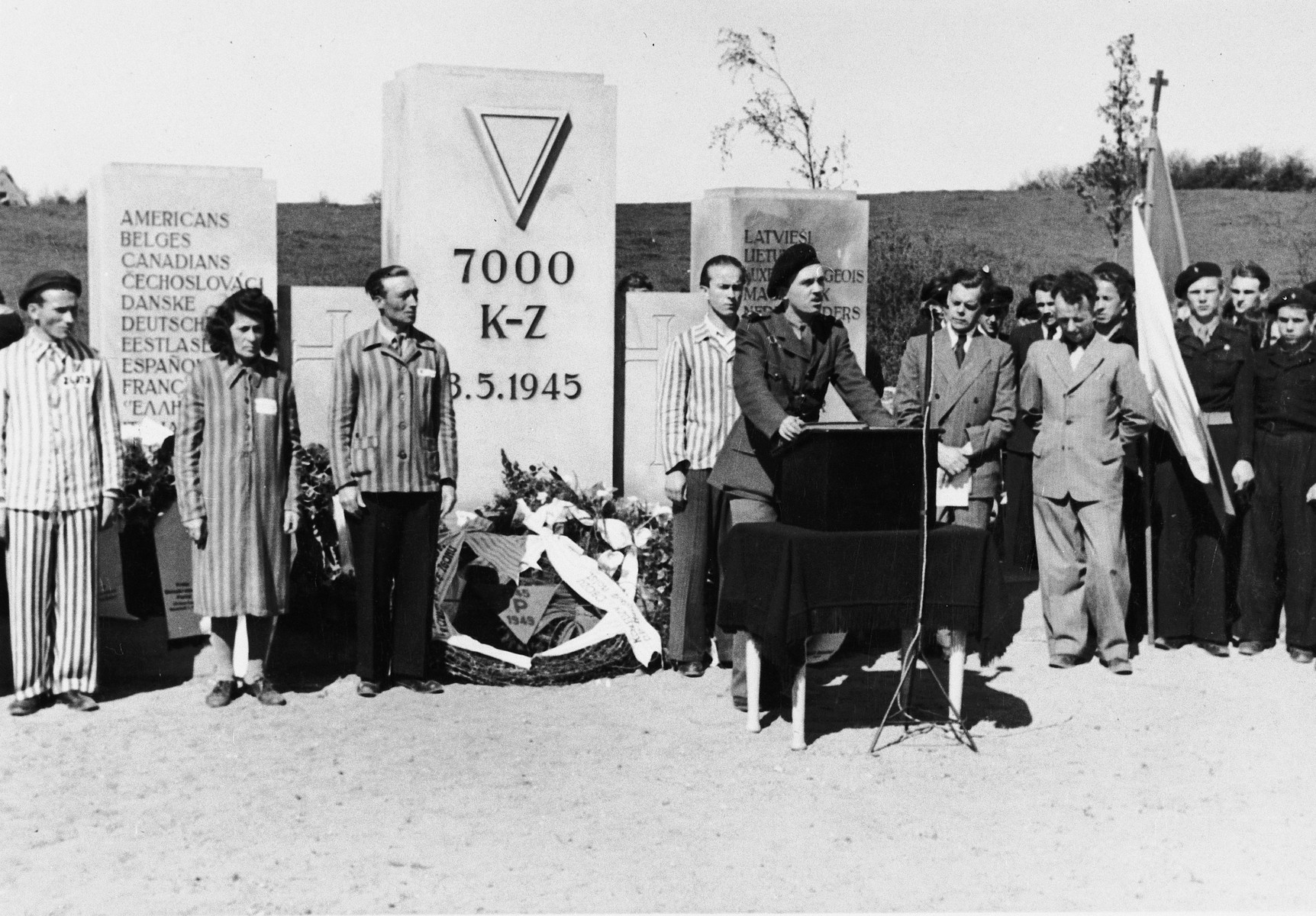 Jewish displaced persons, many wearing concentration camp uniforms, attend a memorial service for the 7000 prisoners who perished in Neustadt.

Biography
Dagmar Phillips and Aviva Zylberberg are the grandchildren of Nathan Rohloff (Natan Roloff). The Roloff family lived in Riga, Latvia, and Natan was an activitist in the boy scouts movement. Natan's son, Joachim Roloff, marrried Thea Raudis. They had two daughters: Aviva was born in April 1940, and Dagmar was born in Novmber 1941. After the German invasion of the Soviet Union, the daughters stayed with their mother until sometime in 1943, when Dagmar ws inadvertently separated from her mother and sister. Joachim Roloff probably was killed one day before the liberation of Riga. Natan Roloff found his granddaughter Dagmar in Duchero in 1948 and smuggled her to West Germany. At the same trime he found his daughter-in-law and older granddaughter, Aviva, and brought them over to the displaced persons camp that he managed in Neustadt/Holstein. In the early 1950s Natan Roloff and his two granddaughters immigrated to the United States.