Jewish survivors gather in the Great German Synagogue in Venice. 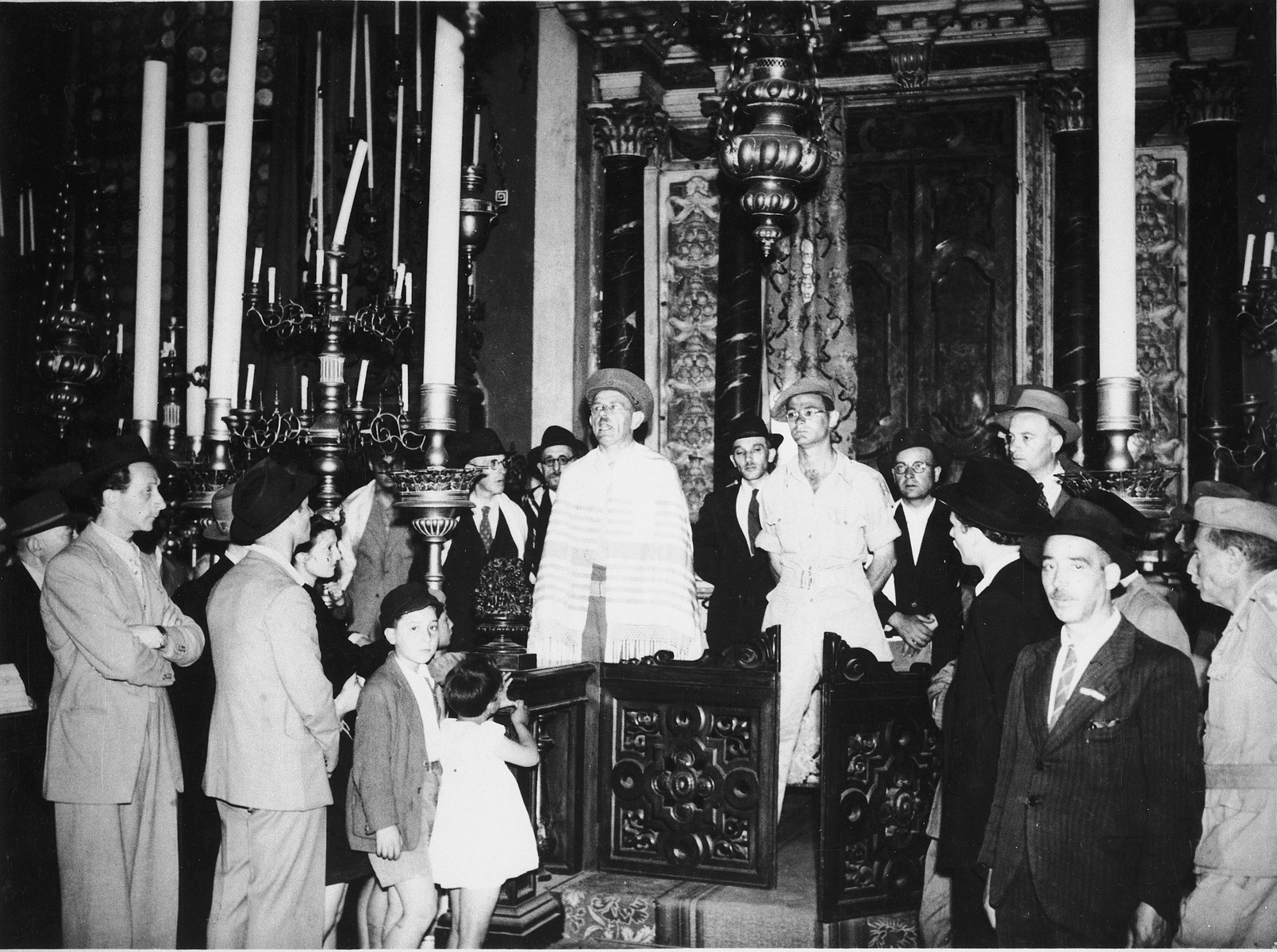 Jewish survivors gather in the Great German Synagogue in Venice.

Pictured to the left of the rabbi is Immanuel Ascarelli wearing his Jewish Brigade uniform.