Group portrait of Dutch Jews taken in the courtyard of the Joodsche Schouwburg theater the day before their deportation. 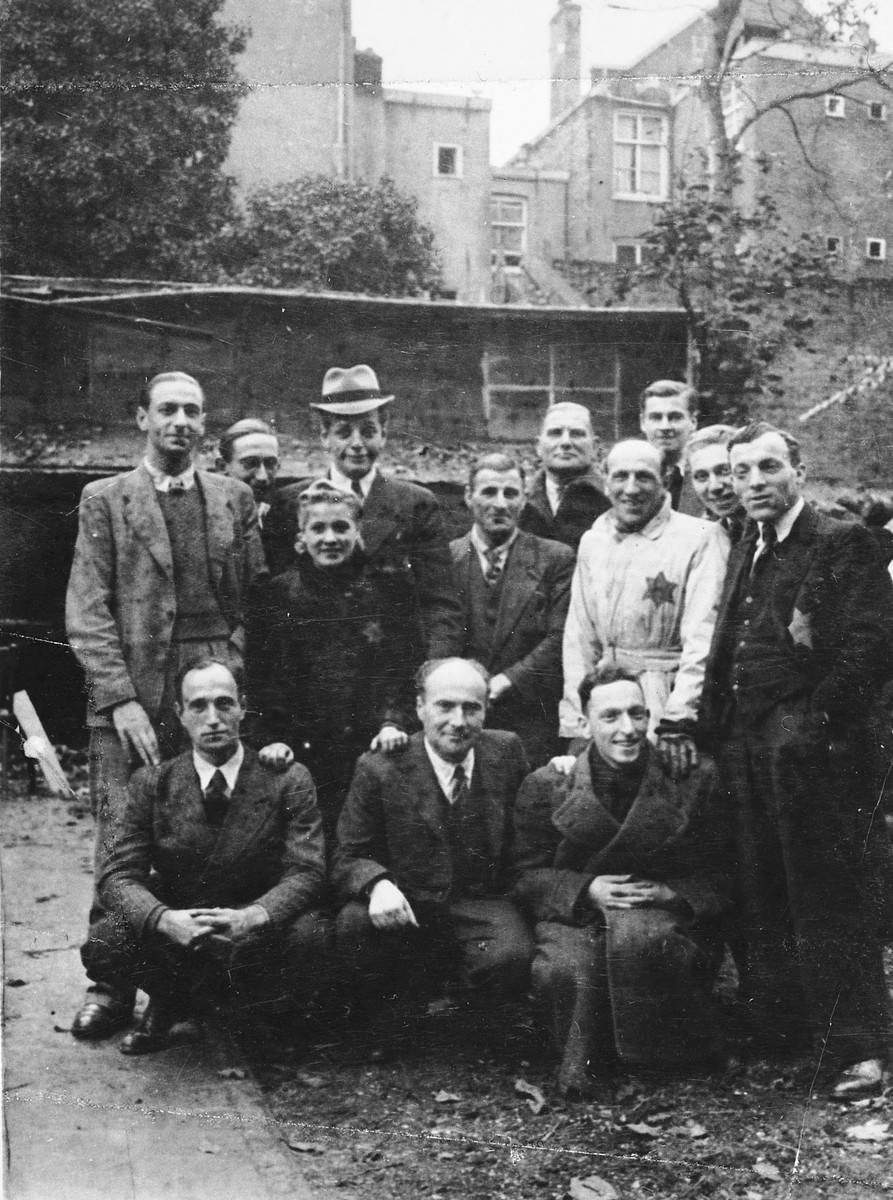 Group portrait of Dutch Jews taken in the courtyard of the Joodsche Schouwburg theater the day before their deportation.

Among those pictured is Sally Santilhano (uncle of the donor) in the center, wearing a white jacket.

Biography
Maurits Munichman is the son of a non-Jewish father, Herman Munichman, and a Jewish mother, Hanna Santilhano Munichman. He was born on November 26, 1931 in Amsterdam, The Netherlands where his father, Herman Munichman made a living as a furrier. Hanna's father was British, so she and her siblings all held British passports in addition to their Dutch passports. Herman Munichman worked with the Dutch underground stealing from the Germans and reselling them the stolen goods. He used this money to purchase false identity papers for those in hiding. He was arrested and taken to the headquarters of the secret police. There, the police tortured him in order to get him to confess who had organized his activities. Herman refused to confess and insisted he had acted alone. They suspended him in a cabinet filled with cold water, and although he survived the torture, he never fully recovered and died in 1950. Hanna Munichman remained in Amsterdam during the war and was sterilized by the Germans. Some of her siblings were deported to the Bergen Belsen concentration camp, where they survived because of their British passports. Herman and Hanna arranged for Maurits to go into hiding. He first stayed on one farm, and in 1943 went to another farm in Austerlitz (near Utrecht, The Netherlands) where he passed as one of the farmer's children. The Munichmans paid this family to take care of their son, where he remained until they were liberated. In 1953, with the assistance of HIAS, Maurits Munichman came by himself to the United States.