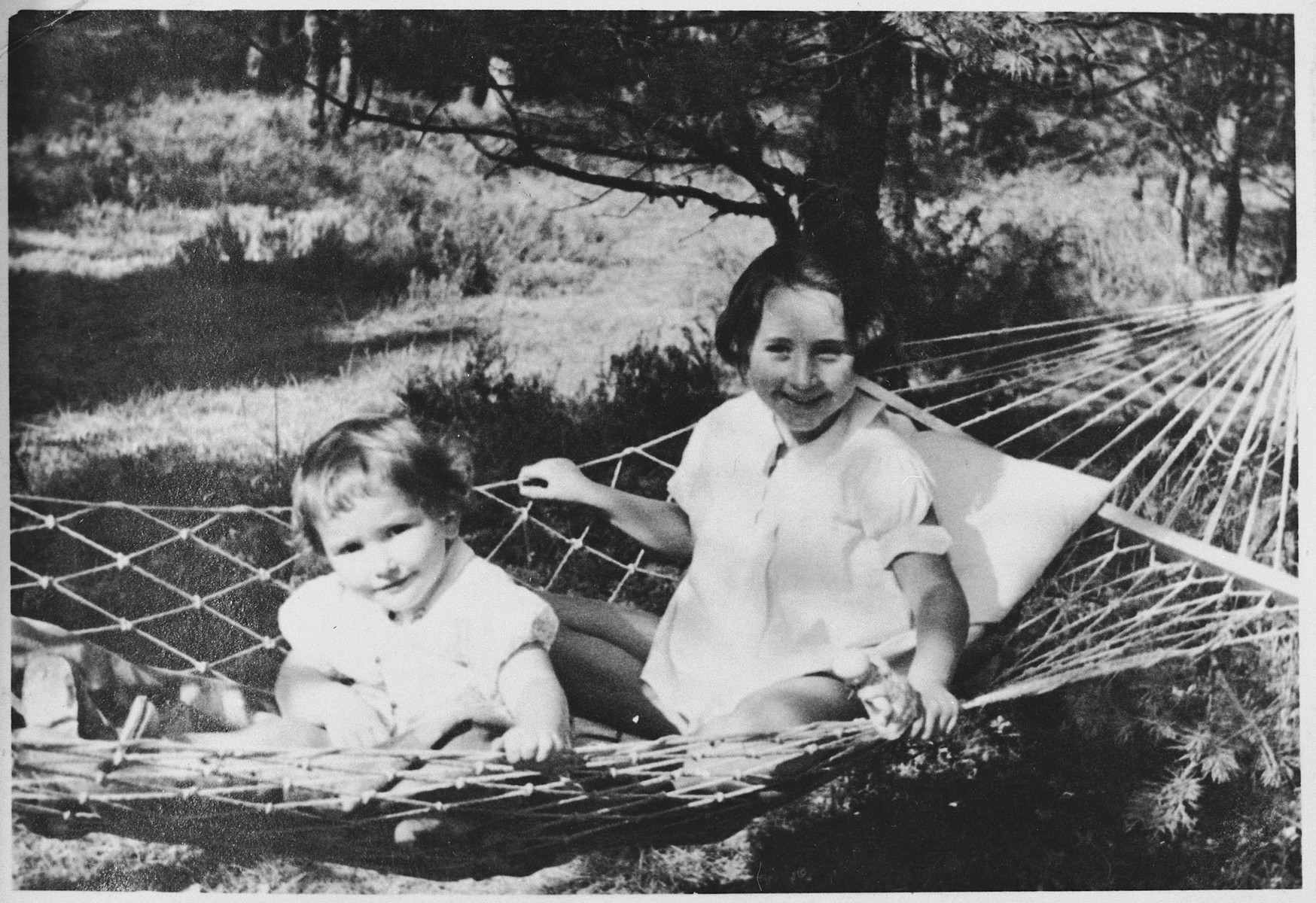 Pictured are Sophie and Luba Libo.

Biography
Sophie Wawrzyniak (born Sophie Libo) is the daughter of Dr. Alexander and Vera Libo. She was born on July 6, 1935 in Vilna, Poland where her father was a physician, and her mother was a singer. She had one older sister, Luba, born on December 24, 1930. After the surprise German invasion of Lithuania in the summer of 1941 the family was forced into the Vilna ghetto. Sophie's father worked in the ghetto hospital and also saw private patients. Sophie remained in the ghetto for only a short time before being smuggled out to the Aryan side. She first lived with her mother's seamstress. Sophie assumed the name Zozia Daskewiechovno and was hidden by her mother's voice teacher, Nelly Desau. While in hiding, Sophie studied privately at home and even learned to play the piano. After one and a half years, her parents and sister also managed to flee the ghetto. They spent the remainder of the war hidden behind a bookshelf, assisted by a Lithuanian priest and a Polish nun. During this period, Sophie saw the rest of her family once a year. After liberation, Sophie reunited with her parents. They left Lithuania and moved to Lodz, Poland. Sophie married in 1957 and immigrated to Israel the following year.