The Nachmias family visits a spa the summer before the German invasion of Yugoslavia. 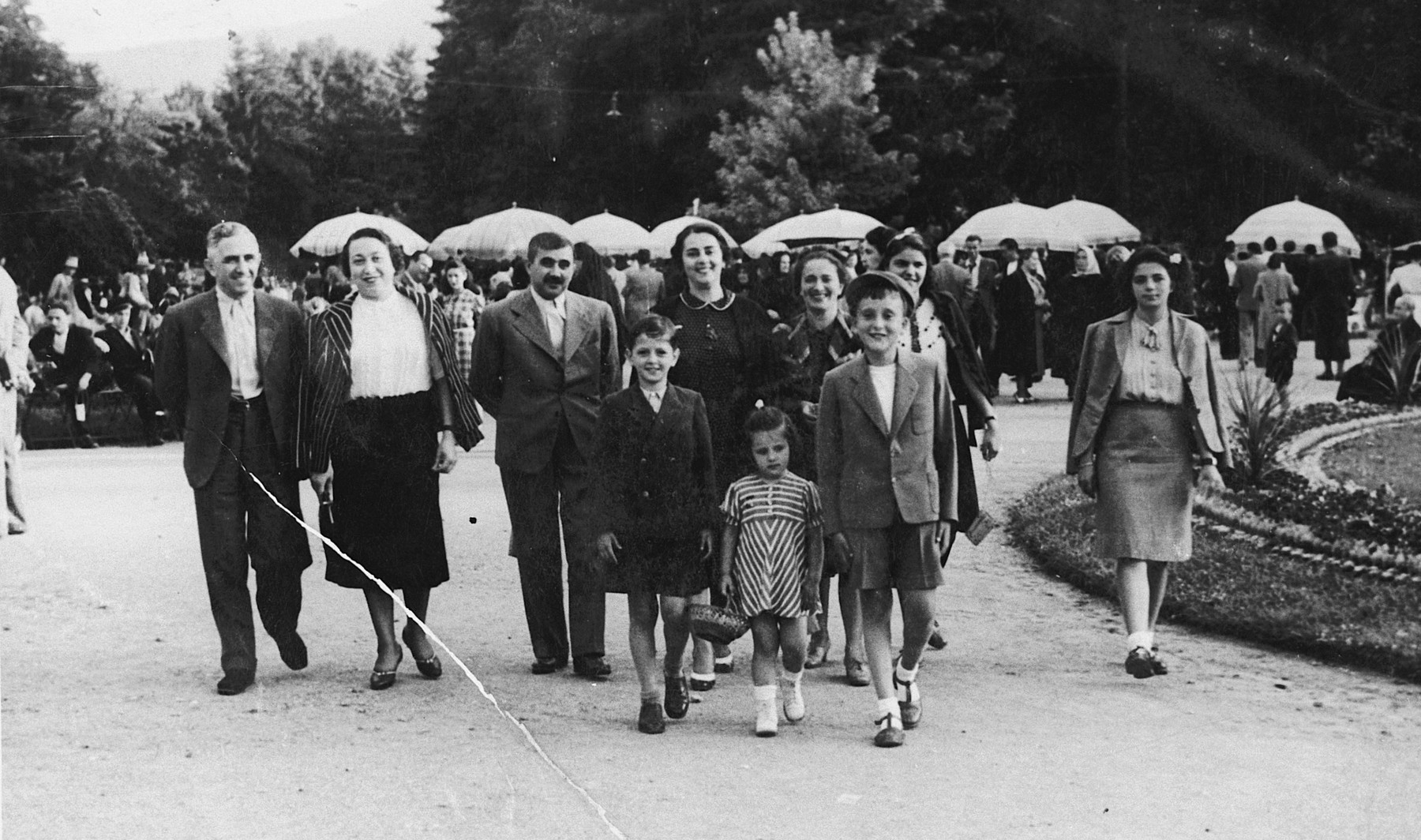 The Nachmias family visits a spa the summer before the German invasion of Yugoslavia.

Jeanna is pictured in the center of the group. Her cousin, Rafi, is next to her. Her father is on the far left and her mother is in the center.

Biography
Hanna Adoni (born Jeanna Nachmias ) is the daughter of Marco Mordechai and Margit (nee Adanya) Nachmias. She was born on May 11, 1937 in Belgrade, Yugoslavia where her father, co-owned a chemical factory and 12 dry-cleaners with a Christian partner. Jeanna had a brother, Gavra, born in 1919 and a sister, Sylvia, born on July 25, 1924. Her mother was an active member of and spokeswoman for the Zionist organization WIZO, and she raised money for Kibbutz Shaar Emekim in Palestine. In April 1941 Germany invaded Yugoslavia, and damaged the Nachmias home during the attacks. Soon thereafter, the Germans rounded-up most of the Jewish men. Marco and Gavra were arrested, imprisoned in Topovske Supe and probably shot there. After Jeanna's sister Sylvia visited them there, she instructed Jeanna not to register or wear the Star of David. Their mother arranged for the three of them to obtain false papers. Hanna's papers were written under the name of Jovanka Rashic; her sister became Dana Popovic and her mother, Anna Popovic. Margit pretended to be a widow from the country. She and Sylvia lived in the city with a family named Mikovic who knew that she was Jewish. Sylvia was responsible for purchasing food for them. During the 1944 bombing of Belgrade, they went to Kumodraz and stayed until the end of the war. Jeanna was sent to stay with Helena and Veljco Rashic, a wealthy couple who had no children of their own. Helena was French and much older than her husband. They treated Jeanna like their niece and paid for all her expenses. Jeanna lived with them from the end of 1941 until 1944. Her mother visited her approximately every other week, but Jeanna did not call her mother, but rather Mia. Margit also sewed a coat for Jeanna containing hidden gold for food. They also buried additional gold and jewelry in the yard of the Rashic's house so Jeanna would have something to fall back on in case something happened to her mother. In 1948 Jeanna immigrated to Israel.