A Jewish refugee poses with a friend outside the Kisumu Hotel in Kisumu, Kenya. 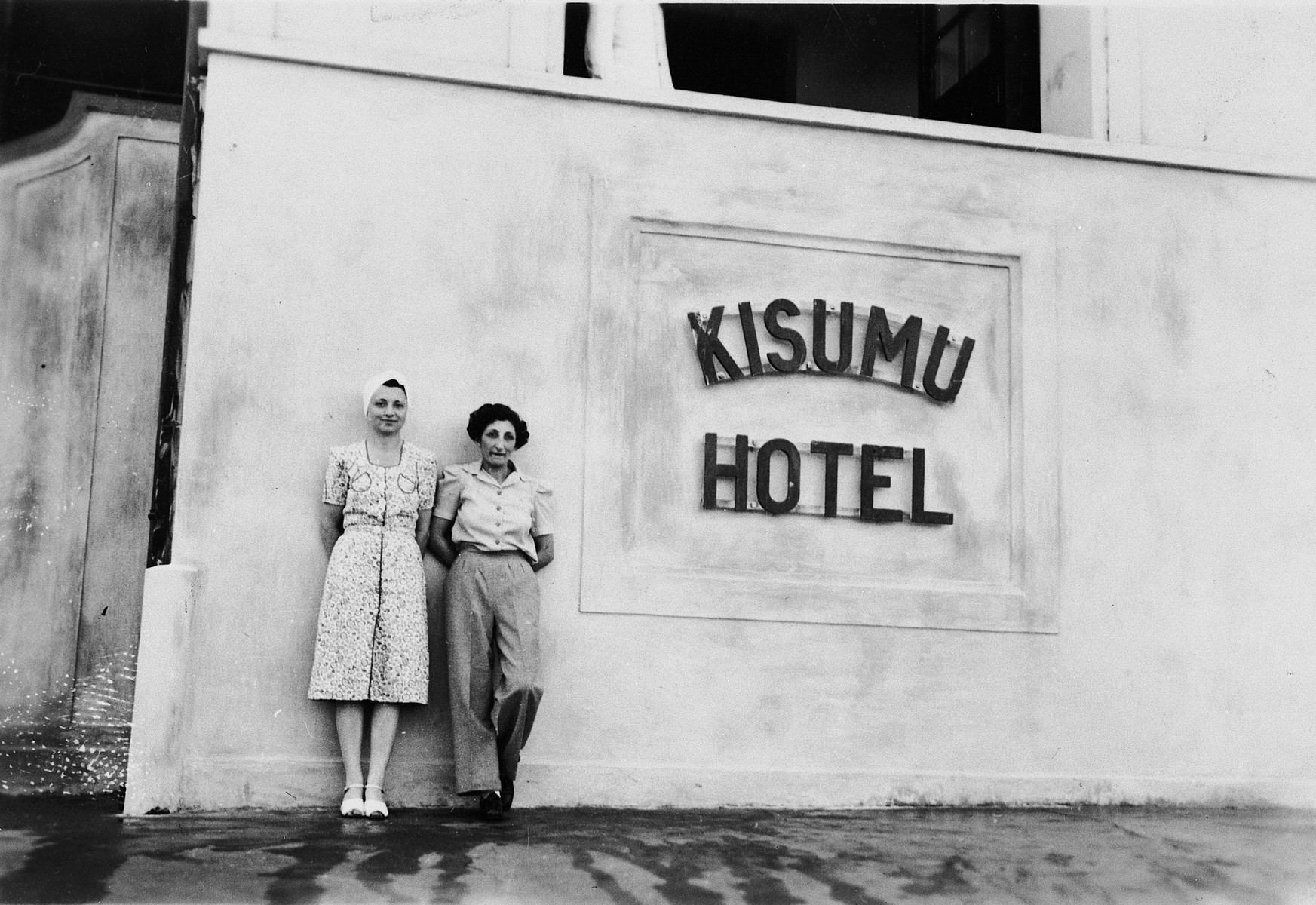 A Jewish refugee poses with a friend outside the Kisumu Hotel in Kisumu, Kenya.

Pictured is Ruth Weyl and a friend.

Biography
Ruth Weyl was born November 6, 1908 in Breslau (Wroclaw). In 1930 she married Heinrich (later Henry) Weyl, who was also from Breslau. He owned a men's wear manufacturing company started by his father. When the Nazis forced them to close their business on June 26, 1937, Ruth and Heinrich decided to leave the country and immigrated to Kenya, then under British rule. They first stopped in London to visit relatives and then took a boat from Southampton to Mambasa and from there to Nairobi. A Jewish dentist who had heard of their arrival helped find Heinrich a job in a men's second-hand clothing store. After being hospitalized for a ruptured appendix Heinrich had to find a new job. With the help of an English couple, they acquired a large home in Nairobi that they turned into a boarding house. They ran a successful business for three years, but after start of World War II, the British arrested all male German nationals, including Jews, and placed them in an internment camp near Nairobi. The internees were treated relatively well, and their wives were allowed to visit them once a week. However, the Weyls had to auction off their boarding house. After some months, the British officials gave permission for the internees to leave if they agreed to manage a farm. Heinrich tried his hand at managing a farm, but was unsuccessful. Instead, he took a job with a mining company in southern Kenya. While en route to the mine, the Weyls stopped at a hotel on Lake Kisumu and decided to stay there and work. For the next five years, from February 1, 1941 to January 31, 1946, the Weyls worked at the hotel. Ruth was employed as a housekeeper, while Heinrich managed the hotel kitchen. The hotel had an arrangement with airlines that stopped there while en route to South Africa, and Heinrich was soon put in charge of the hotel's airline catering. In 1947 he became catering manager for Nairobi Eastleigh Airport. The following year Heinrich and Ruth decided to immigrate to the United States where they had many relatives. They flew to England and then sailed to New York on board the Queen Elizabeth I, arriving in March 1948.