Certificate with composite photographs issued for a sports seminar in the Landsberg displaced persons' camp. 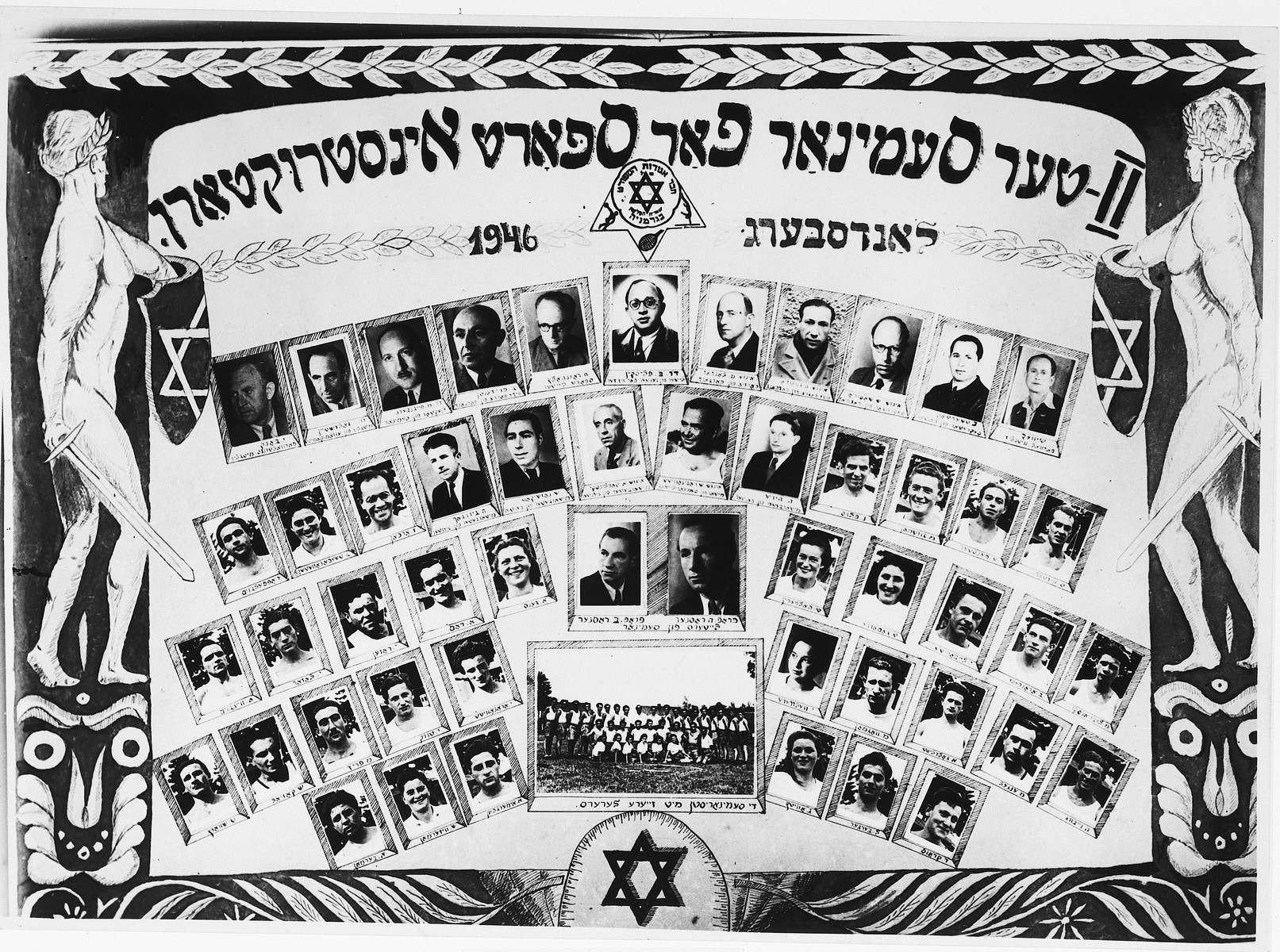 Certificate with composite photographs issued for a sports seminar in the Landsberg displaced persons' camp.

Biography
Irene Kane (born Irene Landau) is the daughter of Maximilian Landau and Felicia Gurewicz. She was born in 1930 in Warsaw where her father worked as an engineer. Maximilian was born on October 4, 1904 in Minsk, Russia to Edward Landau and Gustawa Kraushar Landau. In 1940 the family was forced into the Warsaw ghetto, where they worked for the Toebbens workshops sewing German military uniforms. In 1943 the family escaped from the ghetto and spent the next fifteen months on the Aryan side of Warsaw using false papers under the name Lewandowski. Maximilian's mother, Gustawa Landau, committed suicide in the ghetto. After the suppression of the Warsaw uprising in August 1944, Irene and her parents, together with all the Warsaw population, were evacuated from the city. They were shipped to Germany as Poles. Maximilian worked as an interpreter in a small Polish labor camp in Moers. After the US 6th Army liberated them, Maximilian Landau became a liaison officer for displaced persons searching for Jewish survivors. The family settled in the Foehrenwald displaced persons' camp where Maximilian helped organize Maccabi sport activities. In 1949 they immigrated to the United States.