Interior view of the dining room of a kosher boarding house in Budapest. 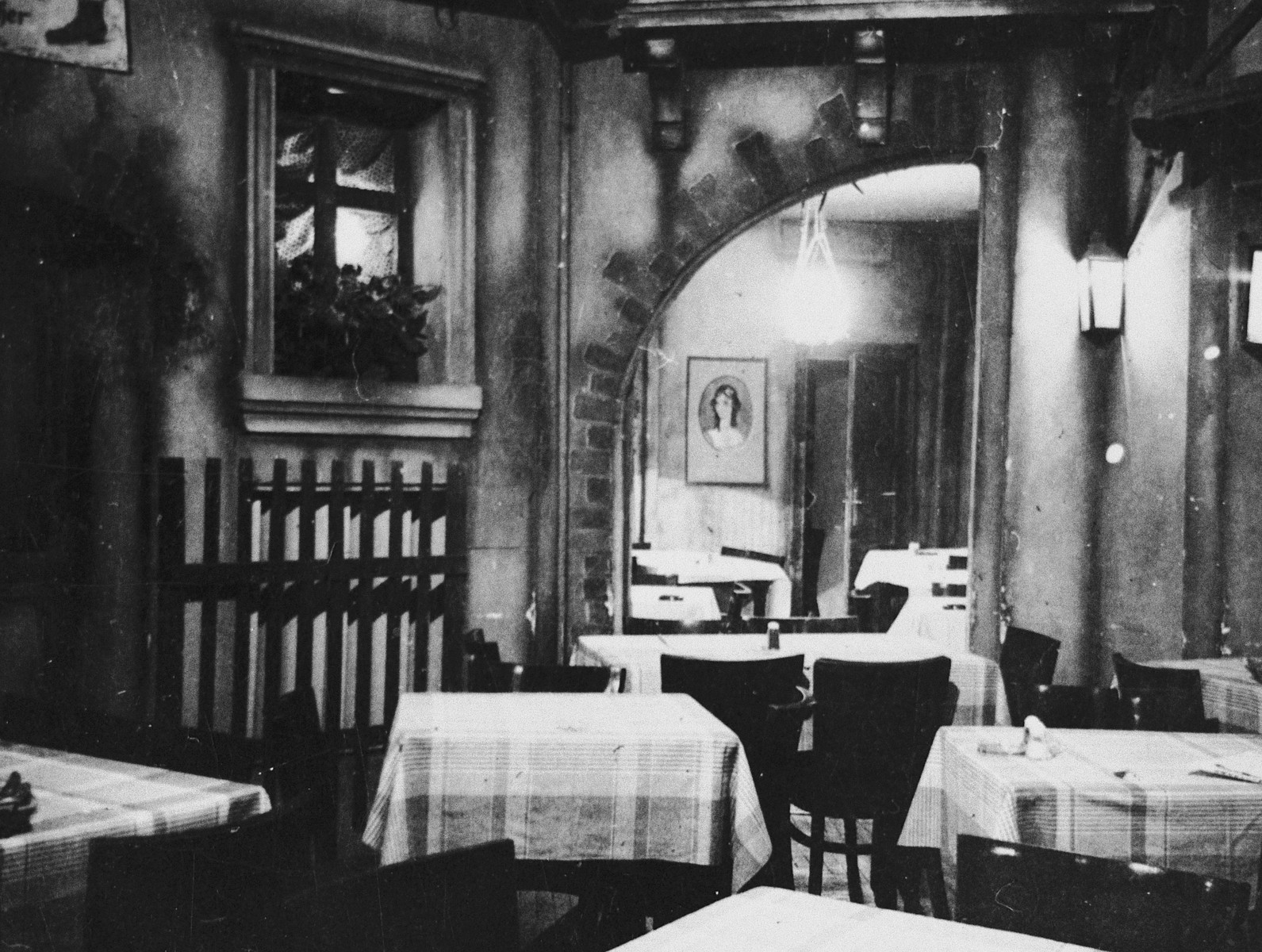 Interior view of the dining room of a kosher boarding house in Budapest.

Biography
Lawrence Frankel (b. 1945) is the son of Josif Frankel and the grandson of Ignacz Frankel. Josif was born in 1916 in Pest, Hungary where his family owned a kosher boarding house. Josif had studied for the rabbinate in Hungary and Switzerland, but abandoned his studies in order to immigrate to the United States. He left Hungary in 1938 sponsored by his cousin Saul in Brooklyn. His sister Olga and a brother remained in Hungary. His brother later died as a partisan. Josif joined the merchant marines soon after he arrived, and as he had learned to cook while working the in the family business in Hungary, he became an under-chef. After Pearl Harbor, Josif went to work in the Brooklyn Naval Yards.