Jewish New Year's card sent by Hela Federman to her father Harry in the United States. 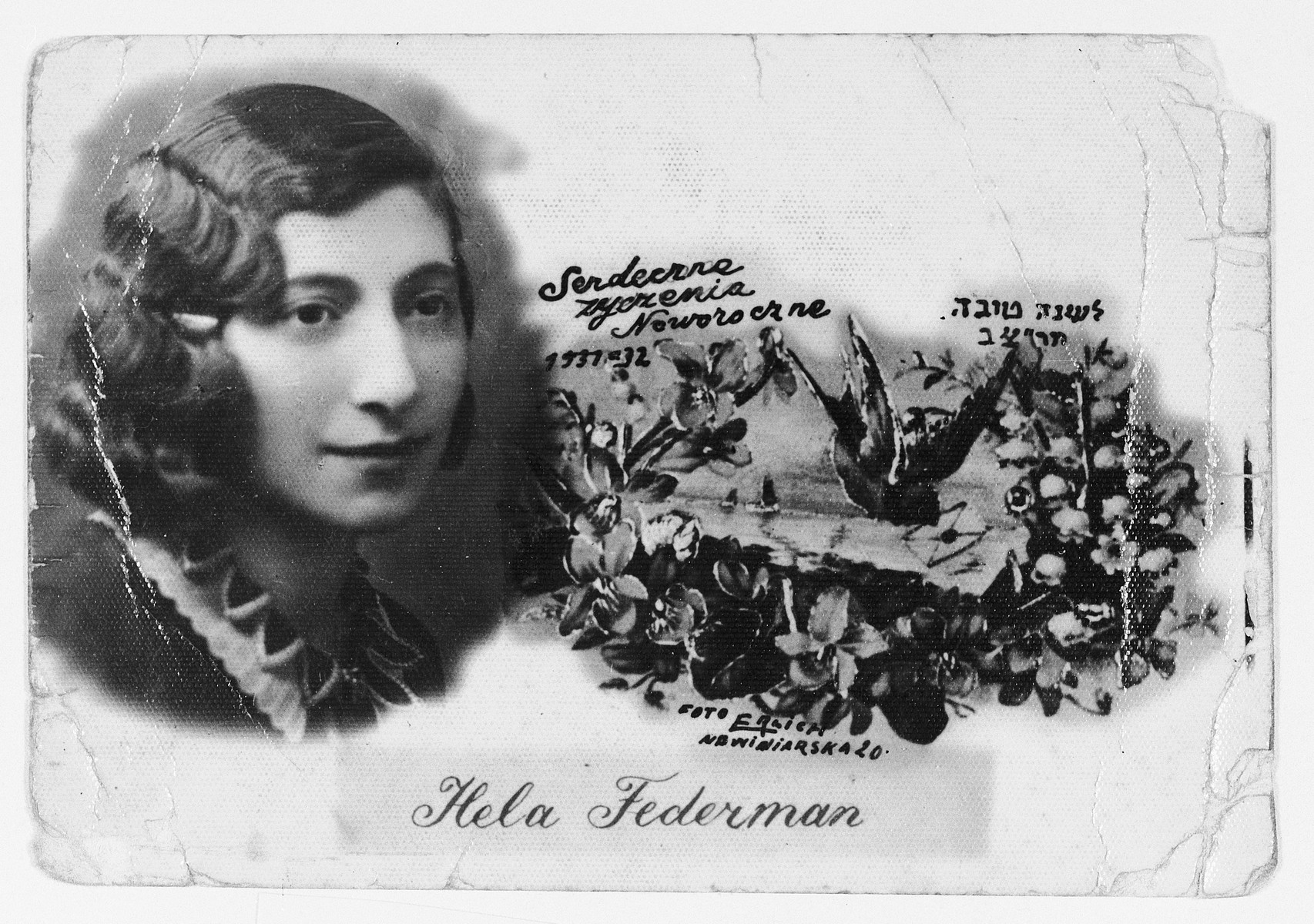 Jewish New Year's card sent by Hela Federman to her father Harry in the United States.

The inscription on the back reads, "As a memory to my most respected father. This is my photo. I wish you a New Year that will bring you health, prosperity and luck."

Biography
Hank Federman is the son of Abraham Morris Federman. Abraham (b. 1910) was the son of Harry and Ruth Federman, wealthy Warsaw businessmen. He had five siblings: Izhak (b. @1907), Shlomo (b. 1912), Esther (b. 1914), Yankel (b. 1916) and Helen (Hela). Izhak was married to the daughter of a department store mogul, and had a son Yosele. Abraham immigrated to the United States in 1930 to avoid the Polish draft after his mother bribed a judge. His father, Harry, frequently traveled to the United States on business in the hope he would be able to relocate the entire family. Unfortunately, he passed away in America on June 3, 1938, and when World War II broke out the following year, the rest of Abraham's family was still in Poland. All of the family who remained in Poland perished during the Holocaust.