High ranking SS officials on an inspection tour of the Mauthausen concentration camp. 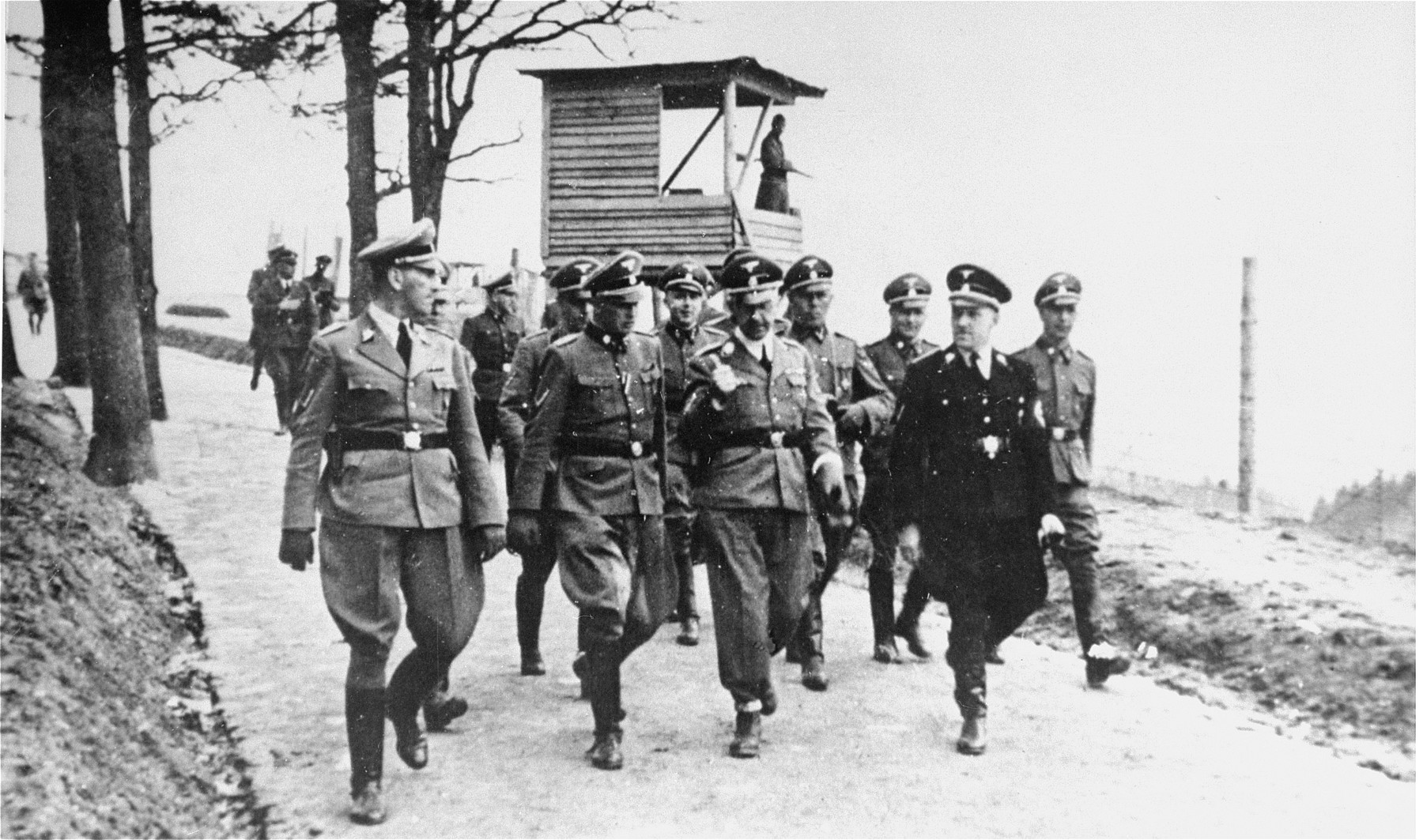 High ranking SS officials on an inspection tour of the Mauthausen concentration camp.

Pictured in the front row from left to right are Ernst Kaltenbrunner, Franz Ziereis, Heinrich Himmler, Karl Chmielewski, and August Eigruber. At the far right in the second row is George Bachmayer.