Three Jewish immigrant women sit on the floor of the entrance to a building in Venezuela. 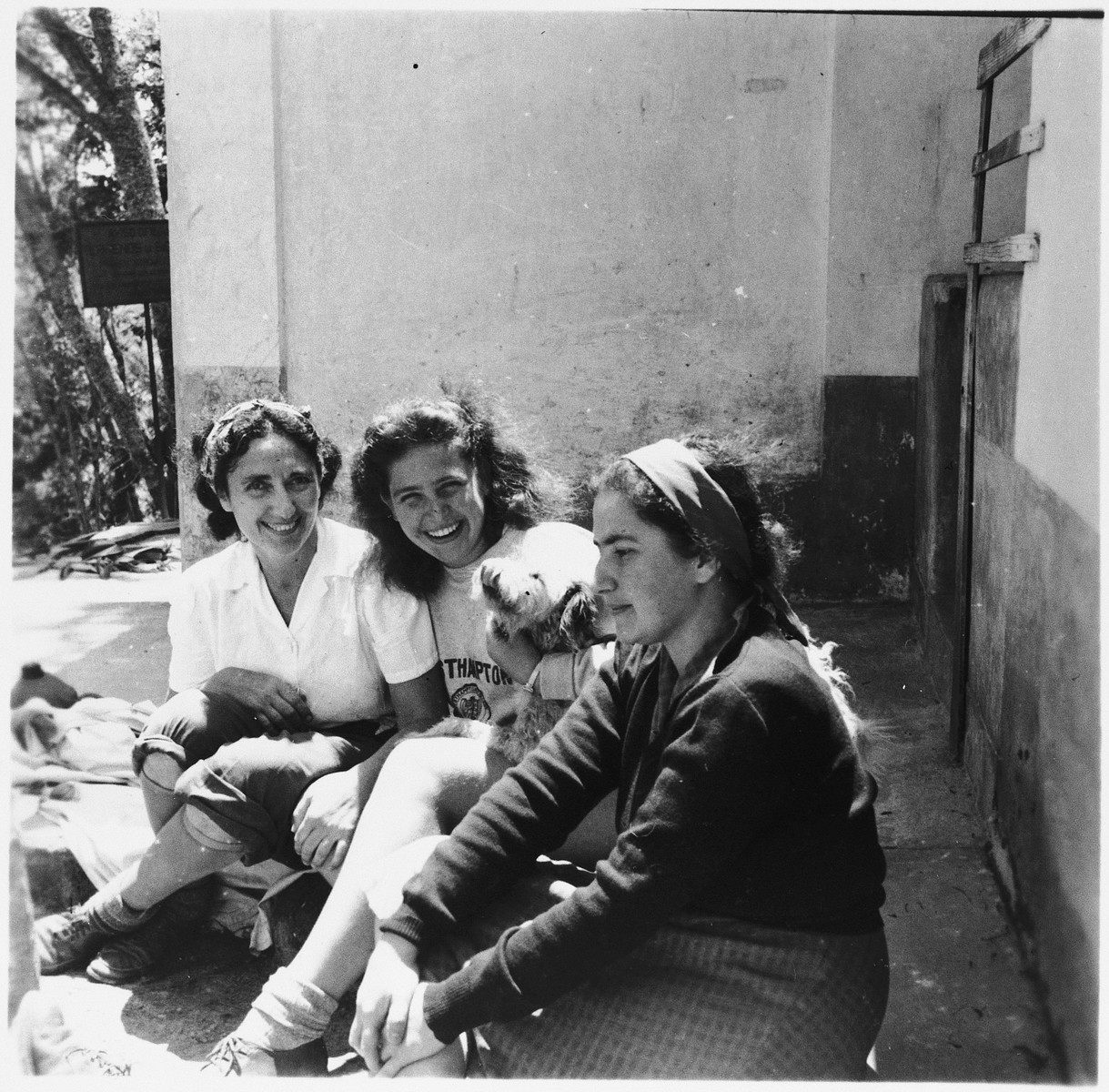 Three Jewish immigrant women sit on the floor of the entrance to a building in Venezuela.

Biography
Doris Budowski (born Doris Bermann) is the daughter of Victor Bermann and Anny Teresa Pollenz Bermann. Victor was born in Olomouc in 1890; he worked as a chemist and part owner of a malt factory. His brother, Paul Bermann, left for the U.S. in 1938 and worked for the Fleischman Company in New York. Anny was born in 1901 in Miroslav. Doris was born on August 15, 1928 in Olomouc, and she has one older sister, Eva Josephine (today Naomi Saguy). Doris attended a public grade school, but once Jewish children were prohibited from attending public school in 1940, she studied with a Jewish group. On March 15, 1939 Victor was arrested, sent to prison in Olomouc and from there to Dachau and Buchenwald. His company was confiscated by the Nazis, but since his firm had money in the United States, his brother Paul managed to free the frozen assets and use them to buy Victor's freedom. After Victor was released from Buchenwald in July 1940, the family left Olomouc for Prague, where they spent about two weeks. From there they went to Seville, Spain via Berlin. Paul helped them obtain visas for Cuba on the condition that they would be self-sufficient, and bought a bakery for them there. They arrived on September 5, 1941 on the Navemar. Unfortunately, the bakery failed, so the family moved to Venezuela in April 1942, where Doris's father had a contract with the Cerveceria de Caracas as a third brew master. Doris went to an American high school in Venezuela where the lessons were in both Spanish and English. She later attended the University of Richmond in Virginia. She married in 1948 in Venezuela and moved to Israel in 1954.