A Jewish couple pose on a garden path next to a fence. 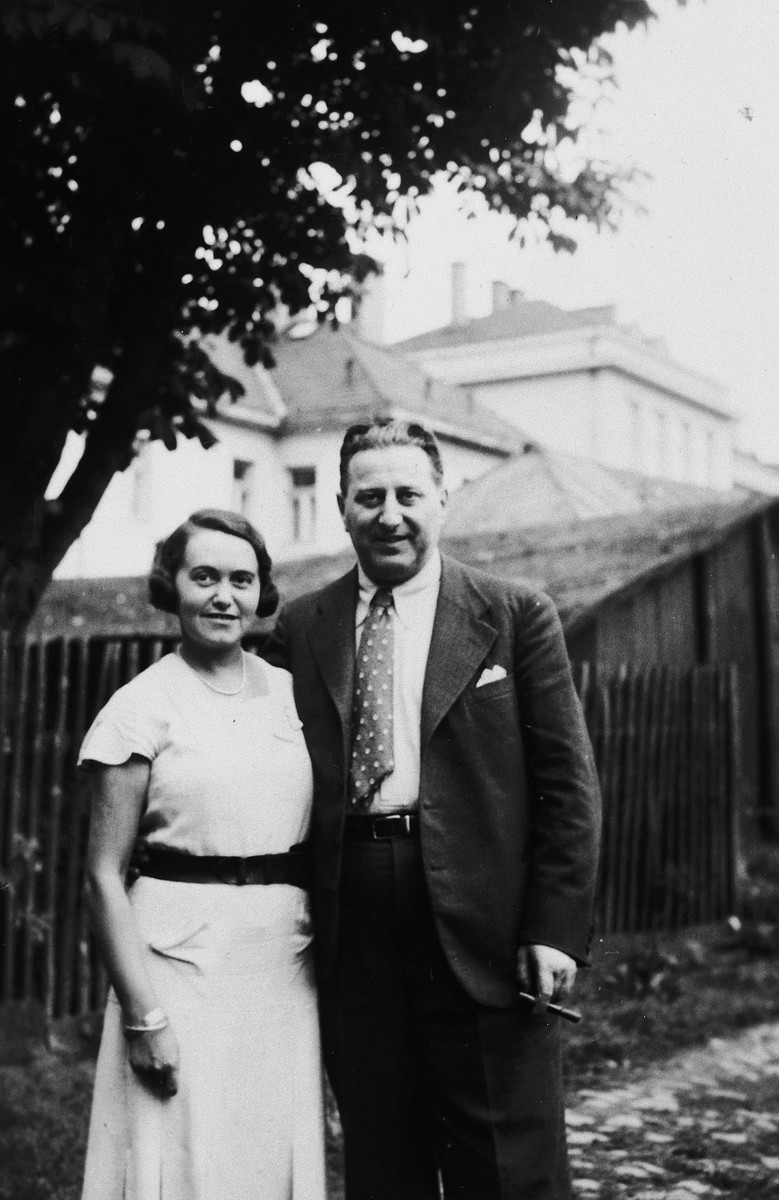 A Jewish couple pose on a garden path next to a fence.

Pictured are Esti and Bela Weichherz.