Children celebrate Purim in a Jewish orphanage in Greece. 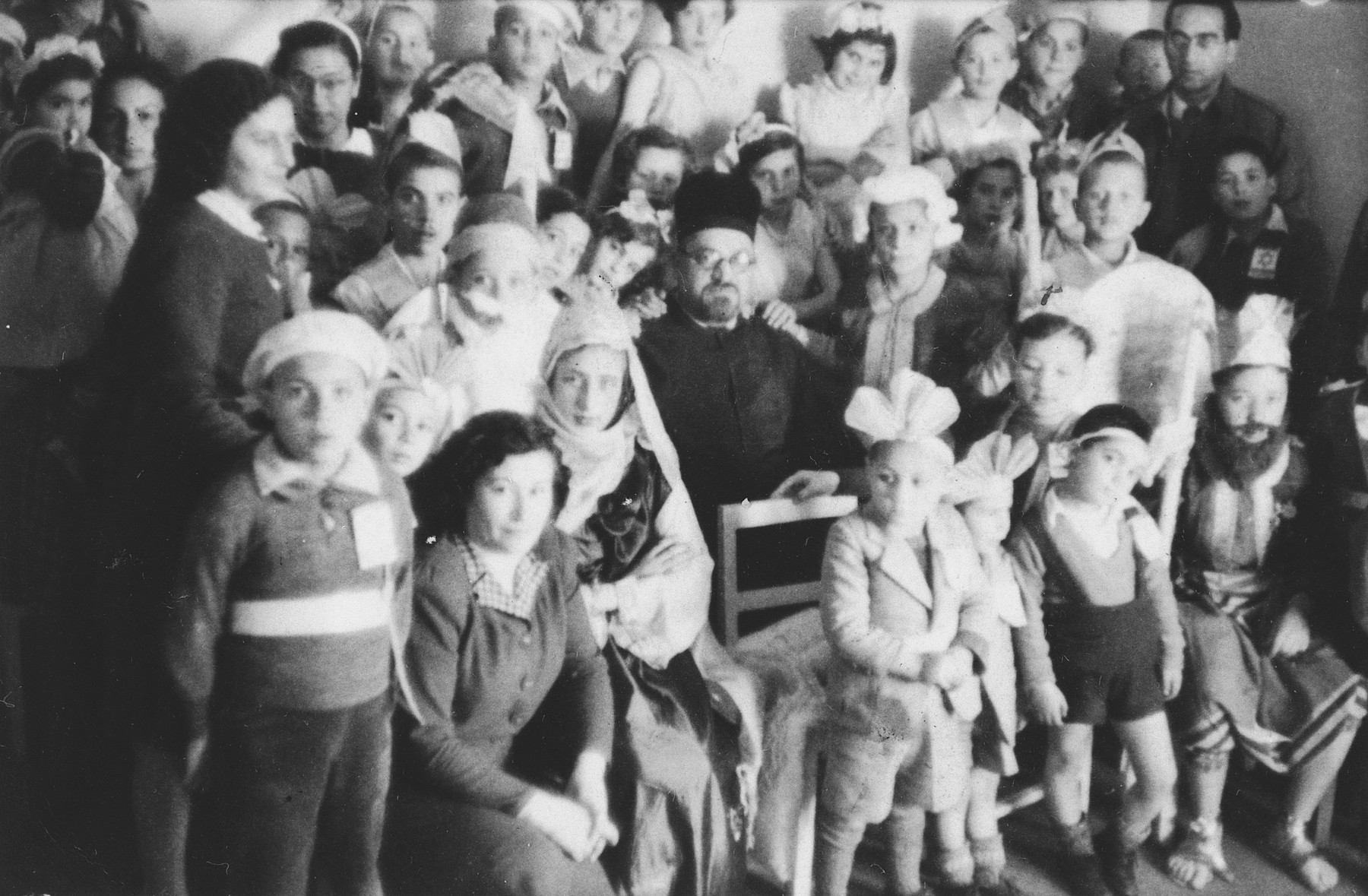 Children celebrate Purim in a Jewish orphanage in Greece.

Among those pictured is Katy Torres.

Biography
Katy McCormack (born Katy Torres) is the daughter of Moise and Marie Yaguel Torres. She was born on May 18, 1935 in Saloniki, Greece where her father had a photo shop and her mother, together with her brother and sister, manufactured custom bras and girdles. Katy had one sister, Dolly who was two years younger. Katy's mother and sister both perished in Auschwitz. At the age of four, Katy was stricken with tuberculosis and hospitalized. She remained in the hospital for six years; the entire duration of the war. Her father visited her in the hospital in 1943; he had lost so much weight and had aged to such an extent that she barely recognized him. On another occasion four trucks filled with Germans came to the hospital searching for Jews. One German spotted a military canteen on Katy's night table and asked how she got it. When she told him it was from her father, he demanded to know his name. Katy told him his assumed name, Michael Michaelopoulos, as her father had drilled into her. However, the German saw the Sephardic name of Torres on her chart, and drew a gun to her head. Katy became hysterical, and nurses and doctors ran to her side. One of the doctors quietly spoke to the German until he removed his gun. Katy learned that this doctor had told the German that her case was terminal and that the chances of her leaving the hospital were nil. Once the war was over, Katy left the hospital and was sent to a Jewish orphanage where she remained for about a year. She was able to walk with a brace, and in 1947 her father took her out of the orphanage and sent her to a convent where she was the only Jewish child. On account of her disability she was frequently late for meals and activities and was severally punished for this. After she fell down a flight of stairs, she had to return to the hospital. In 1950 when she was fifteen years old, she and her father came to the United States under the auspices of the Jewish Agency.