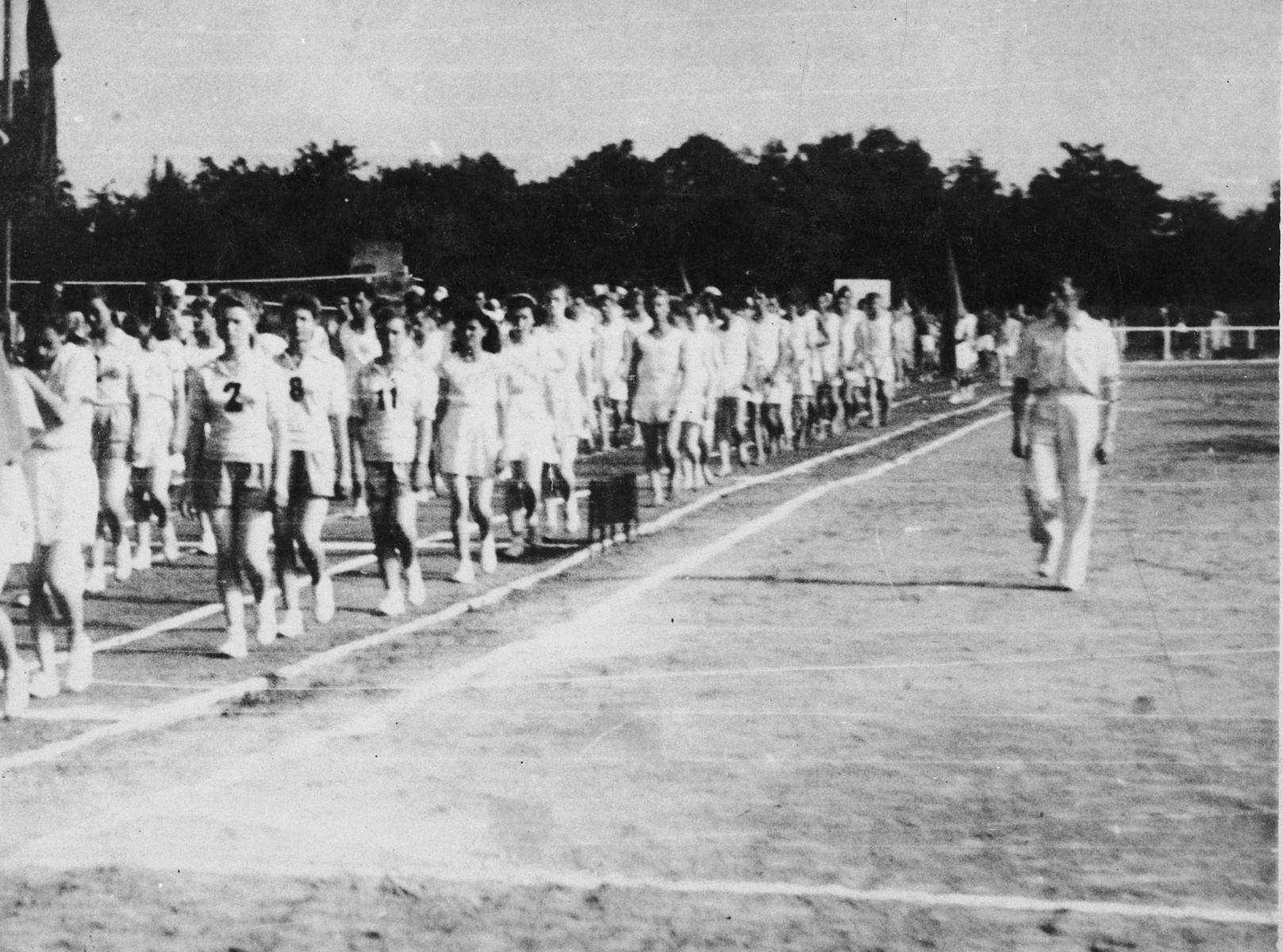 Henrich Brener was the team's gymnastic coach. He was offered a place on the Romanian team that competed in Palestine in 1936, but he gave up his place so that another man could attend.

Biography
Simona Bercu is the daughter of Eliezer (Lazar) Bercu and Dora Brener Bercu. She was born on December 1, 1942 in Tecuci, Romania as were her parents. Her father Eliezer was a certified public accountant educated in Bucharest and Galatz, an active Zionist and a veteran of the Romanian army. Both of her parents also ran a grocery store and a bowling alley. Simona had older twin sisters, Corinna and Renee, born in 1935. Lazar registered the family to immigrate to Palestine but the war began before they succeeded in making aliya. Eliezer was fired from his job in 1940 and made to clean streets with other Jews. Dora's father, Simon Brener, was taken hostage early on and died shortly thereafter. Eliezer and Dora named their third daughter Simona, born shortly thereafter, in his memory. In 1940, Eliezer also was conscripted for a forced labor battalion, and he spent the next four years in labor camps. He was allowed to return home in August 1944. After Lazar was rounded up, Dora and her three daughters initially remained at home. However, once their house was confiscated and given to a local police chief, they had to move into the cellar of her grocery store. Dora kept the store going until there was nothing left to sell. Afterwards she purchased cornmeal on the black market and smuggled it to her family. She also purchased food ration coupons for salt and sugar on the black market from a Gentile which she in turn sold to her customers. When the war began to wind down, Dora broke into her house by opening a window and moved the family back in. The family survived the Holocaust, but soon after liberation Renee died on November 2, 1945 of scarlet fever. Two years later, the Bercu family decided to leave Romania and immigrate to Palestine. They took a train to Bulgaria where they boarded the Pan Crescent. Their ship and its sister ship, the Pan York, sailed from Bulgaria with over 15,000 Romania and Bulgarian Jews. Both ships sailed south, clearing Turkish waters, only to be met by a flotilla of five British warships. After negotiations were conducted at sea, the British put a token force on each of the Pan ships and directed them to Famagusta, Cyprus. While en route to Cyprus, Dora, who was then pregnant, suffered a miscarriage. The Bercus were interned in Cyprus for about seven months before being permitted to enter Israel. Lazar's four siblings, Moshe, Hershku, Frieda and Ruti and Dora's two brothers, Henrich and Gica also survived and immigrated to Israel.