Three passengers relax on deck chairs on board the St. Louis. 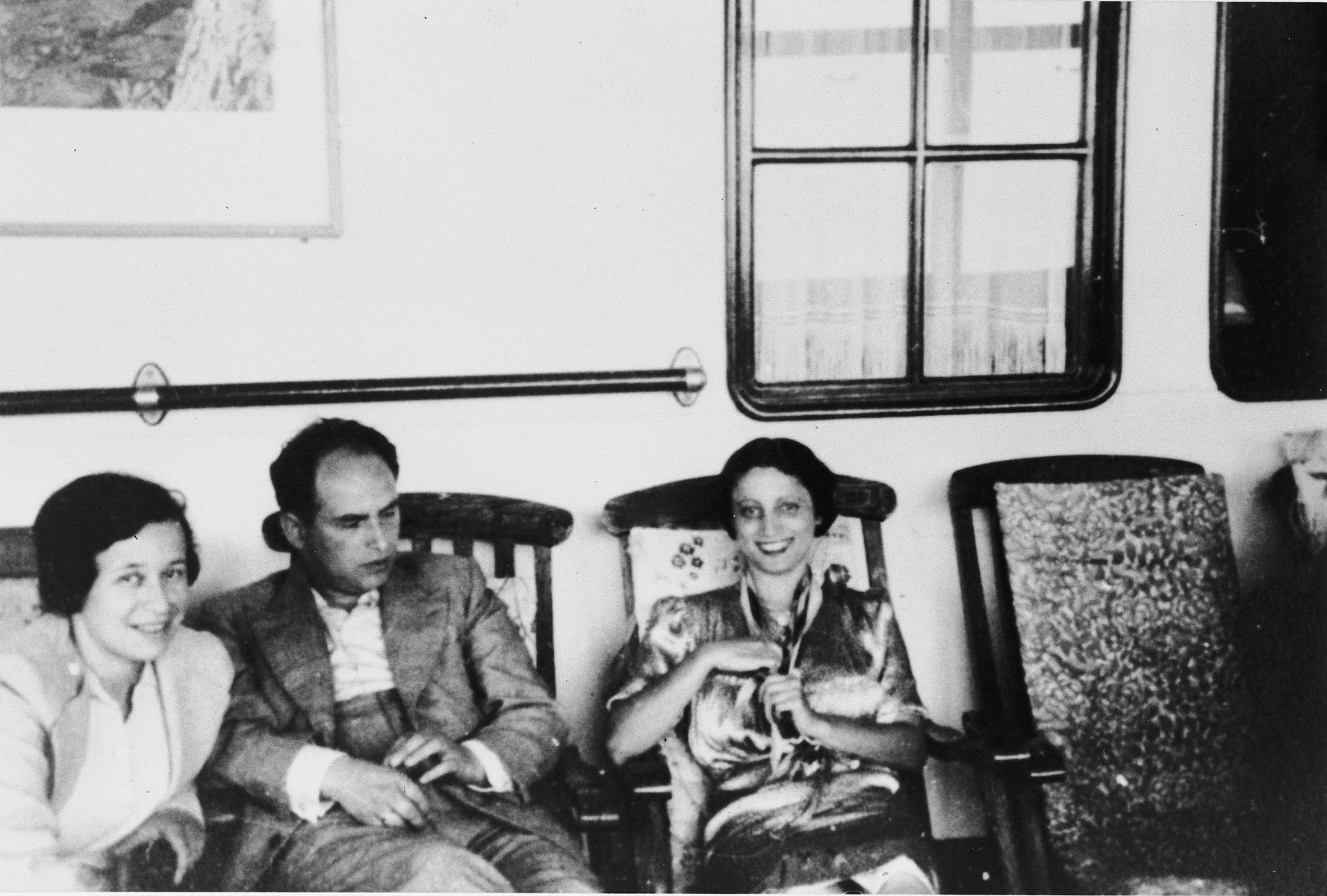 Three passengers relax on deck chairs on board the St. Louis.

From left to right are Irmgard and Josef Koeppel and Sofi Aron.

Event History
The St. Louis was a German luxury liner carrying more than 930 Jewish refugees from Nazi Germany to Cuba in May 1939. When the ship set sail from Hamburg on May 13, 1939, all of its refugee passengers bore legitimate landing certificates for Cuba. However, during the two-week period that the ship was en route to Havana, the landing certificates granted by the Cuban director general of immigration in lieu of regular visas, were invalidated by the pro-fascist Cuban government. When the St. Louis reached Havana on May 27 all but 28 of the Jewish refugees were denied entry. The American Jewish Joint Distribution Committee (JDC) dispatched Lawrence Berenson to Cuba to negotiate with local officials but Cuban president Federico Laredo Bru insisted that the ship leave Havana harbor. The refugees were likewise refused entry into the United States. Thus on June 6 the ship was forced to return to Europe. While en route to Antwerp several European countries were cajoled into taking in the refugees (287 to Great Britain; 214 to Belgium; 224 to France; 181 to the Netherlands). Only those who were accepted by Great Britain found relative safety. The others were soon to be subject once again to Nazi rule with the German invasion of western Europe in the spring of 1940. A fortunate few succeeded in emigrating before this became impossible. In the end, many of the St. Louis passengers who found temporary refuge in Belgium, France and the Netherlands died at the hands of the Nazis, but the majority survived the war.
Biography
Judith Steel (born Judith Koeppel) is the daughter of Josef Koeppel and Irmgard Weissenberg Koeppel. Judith was born in 1938 in Berlin where her father was a fur dealer and her mother was a milliner. When she was just 14 months old Judith sailed, along with her parents and grandfather Jakob Koeppel, on the St. Louis for Cuba. After the ship was forced to return to Europe, the family was sent to France. There they rented an apartment in the home of Joseph and Eliette Carapezzi Enard in Nay, a small town in southern France. Judith became friendly with Eliette and her daughter Suzy. One day in 1942, French gendarmes arrived at the home, arrested the Koeppels, and sent them to Gurs. Jakob, who was sickly and confined to bed, remained behind. After three weeks, Josef and Irmgard said goodbye to Judith, and the OSE took her from the camp. Joseph and Irmgard were transferred to Rivesaltes, taken to Drancy and then sent to Auschwitz in September 1942. After bringing her out of Gurs, the OSE sent Judith back to the Enard family where she was reunited with her grandfather. For the next four years, Judith lived with the Enards as their daughter. She attended school and church using their last name. While with the Enards, her grandfather died of a stroke. After the war ended, Judith learned that five other Jews had been living in the house, hiding in the attic. In 1946, after receiving confirmation that her parents both had perished in Auschwitz, Judith was sent to the United States where she was adopted by her aunt and uncle Martin and Rachel Koppel in New York. In June 1992 Joseph and Eliette Enard were recognized by Yad Vashem as a Righteous Among the Nations.