Children gather around a festive table set with wine and wine cups in an OSE home in France. 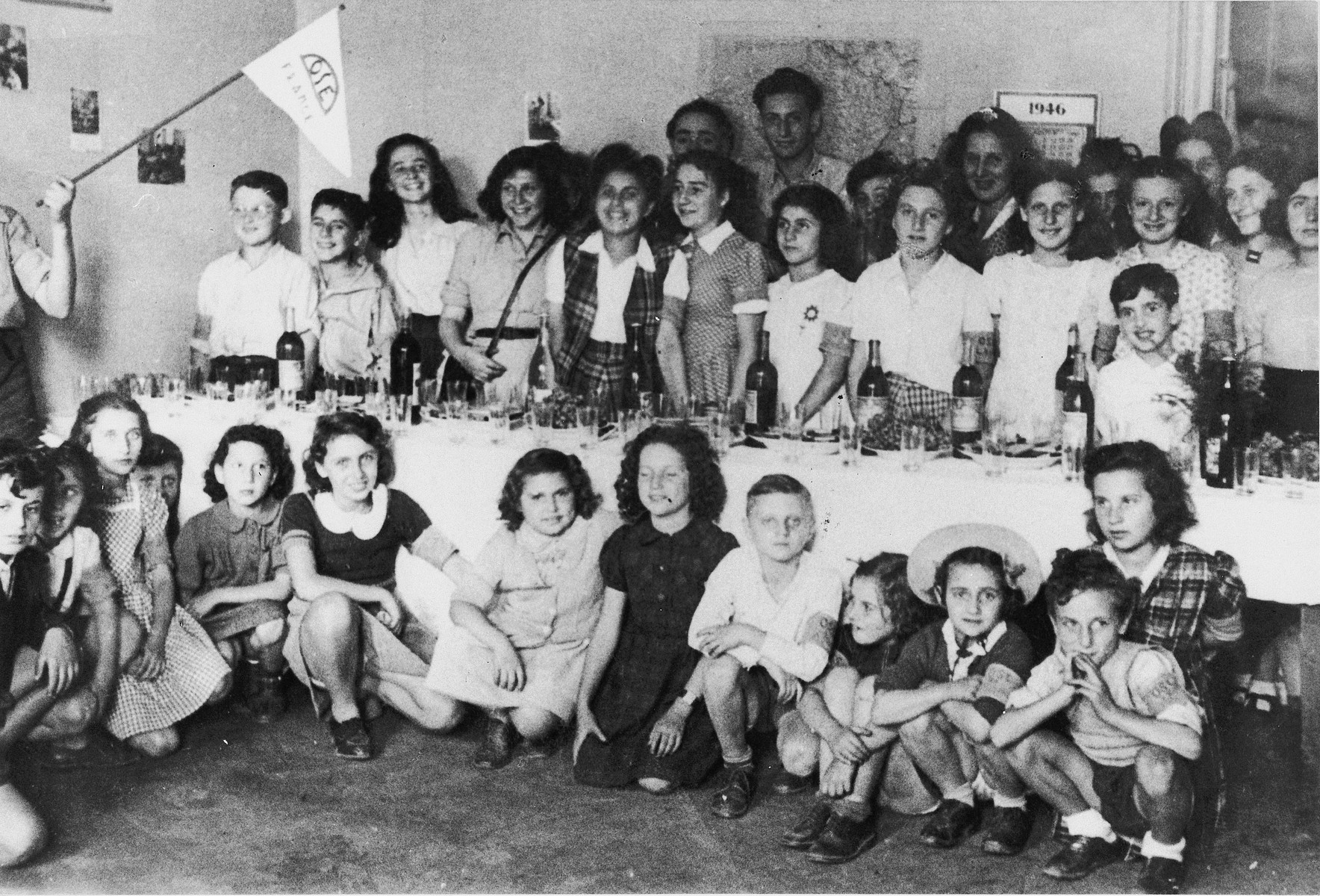 Children gather around a festive table set with wine and wine cups in an OSE home in France.

Among those pictured is former St. Louis passenger, Judith Koeppel.