Betar Zionist youth from the Foehrenwald DP camp go on a camping trip. 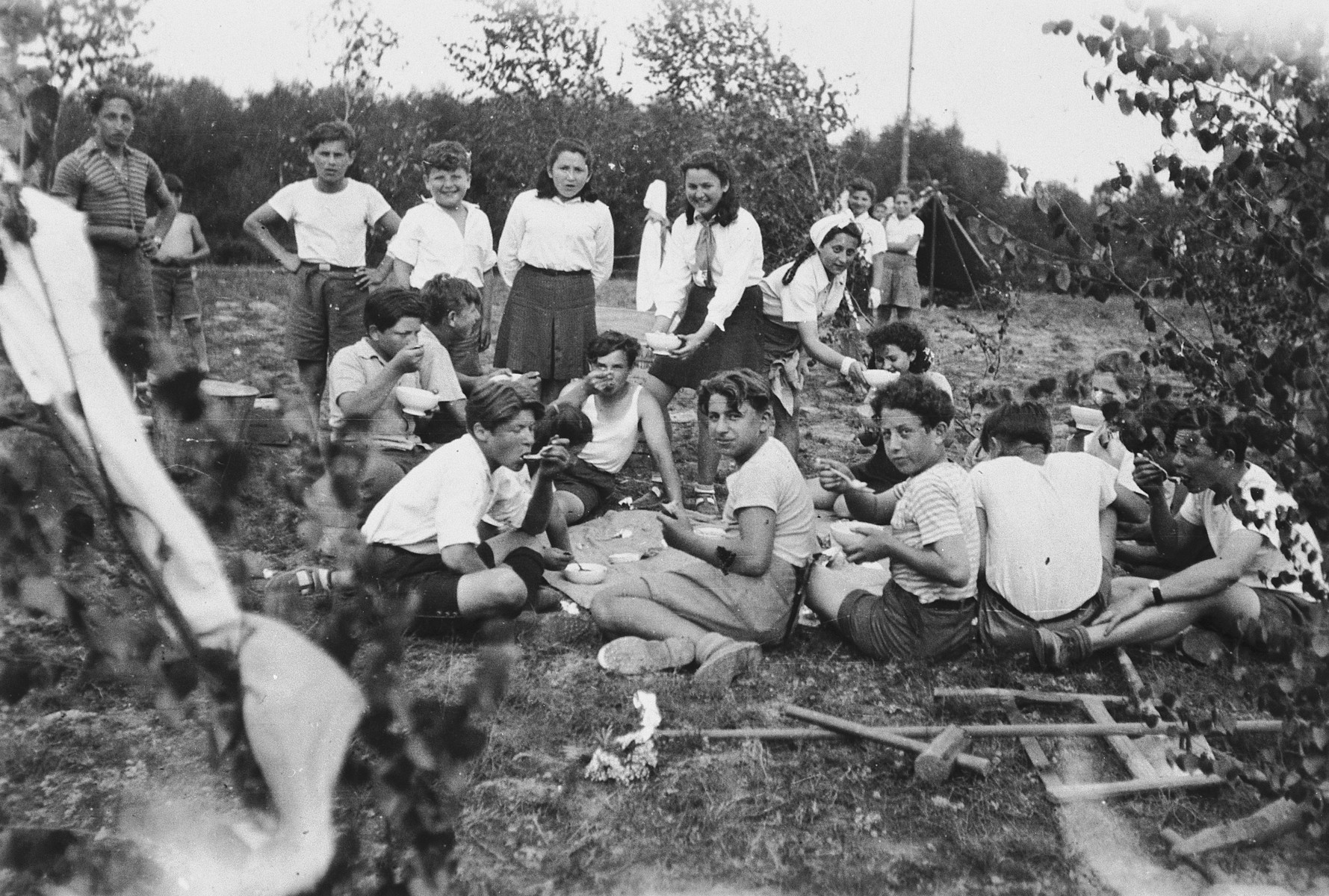 Betar Zionist youth from the Foehrenwald DP camp go on a camping trip.

Biography
Esia Friedman (born Esia Baran) is the daughter of Yitzhak Baran and Ida (Edel) Szoag Baran. She was born on April 27, 1930 in Vilna where her father was an administrator of a military hospital. Her older brother Velvel Ze'ev (later Warren) was born in 1925. In June 1941 Germany invaded the Soviet Union, and Yitzhak and Velvel managed to escape eastwards. Ida Baran arranged for Esia to hide with a Polish Jewish family who were pretending to be Polish refugees from Warsaw. Ida herself was imprisoned in the Vilna ghetto and later in the Rzeszow labor camp. In the beginning of 1944 she escaped and managed to return to Vilna where the same family that hid Esia took her in. Esia and her mother remained there until their liberation in July 1944. Velvel returned to Vilna and rejoined his mother and sister. He obtained false papers, and the Baran family left Lithuania, which was then part of the Soviet Union. They settled temporarily in Lodz Poland. Velvel who was a leader of the Bricha helped them come to the Rothschild Hospital in Vienna, Austria by way of Czechoslovakia. From there they went to Bindermichl, a DP camp near Linz, Austria. Unbeknownst to Esia, Edel and Velvel, Yitzhak survived in the Soviet Union and separately came to Germany. He became head of the police in Foehrenwald as well as the leader of the camp's Betar revisionist Zionist group. In September 1946 Esia sailed on the Marine Perch to the United States. In June 1950 she married Edward Freidman. Most of her extended family perished in the Holocaust.