Portrait of four cousins who were on the St. Louis. 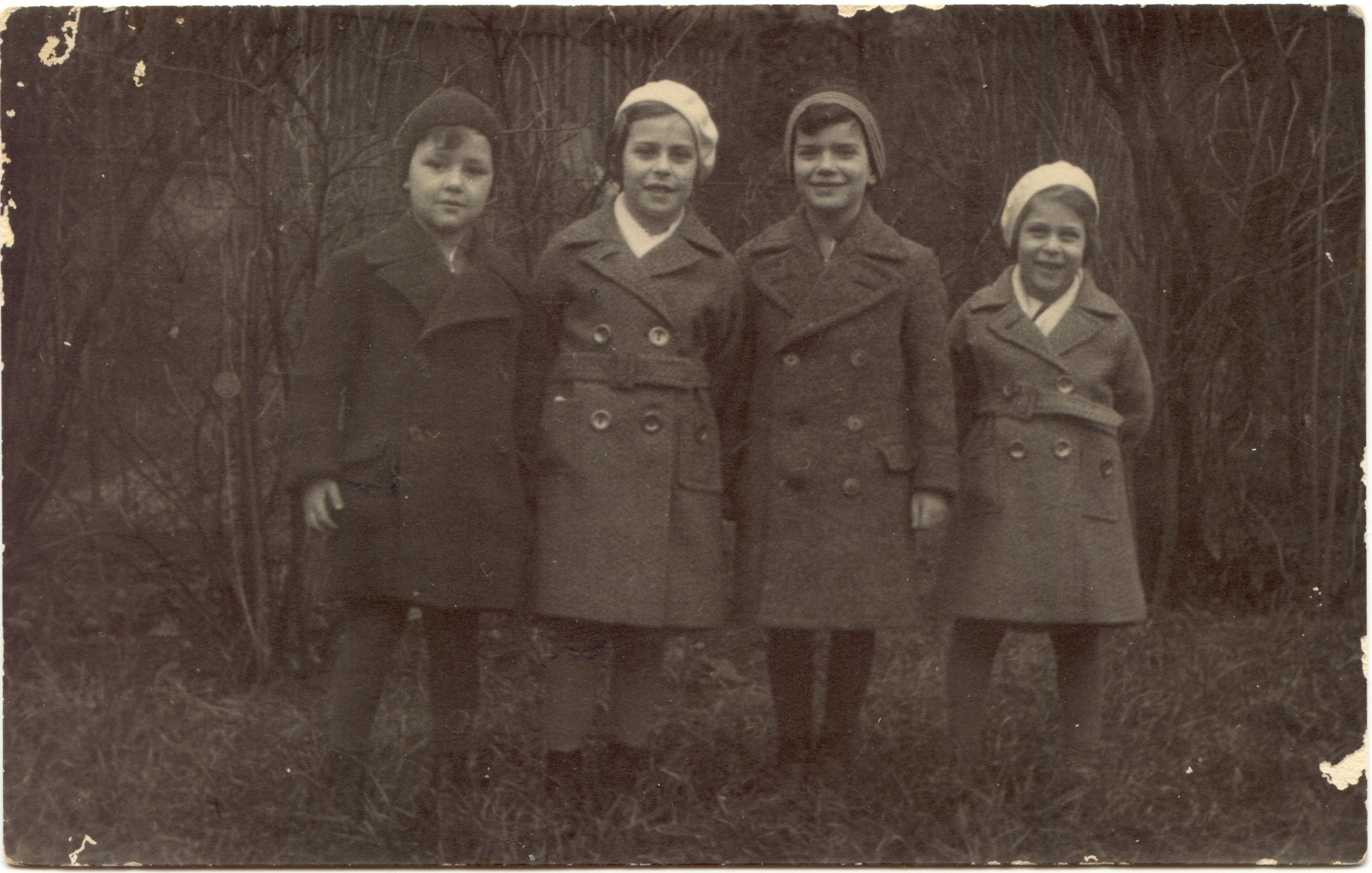 Portrait of four cousins who were on the St. Louis.

Biography
Adolf and Walter Gruenthal and their sister Lici Dzialowski were born in Gleiwitz, Germany. The two brothers remained in Gleiwitz, and Lici (b. 1894) moved to Liegnitz after her marriage to Bruno Dzialowski (b. 1884). Adolf Gruenthal (born September 30, 1896) was married to Bertha-Ellen (b. January 7, 1901 in Zobten, Poland). They had two sons, Horst-Martin (b. June 29, 1930) and Lutz (b. November 22, 1928). Walter Gruenthal (b. November 26, 1898 in Gleiwitz) was married to Margarethe (b. August 14, 1902 in Lissa, Poland). Walter and Margarethe had two daughters, Ruthild (b. March 21, 1928) and Sibyll (b. March 15, 1931) from Gleiwitz. In May 1939 all three families attempted to sail to Cuba on board the St. Louis. Prior to their departure the brothers and their families moved to Berlin. After the ship was forced to turn around, the St. Louis passenger committee honored the brothers' request to remain together. Both Gruenthal families and the Dzialowskis disembarked in Holland. They arrived in Rotterdam on June 25 and were sent to the Heyplaat internment camp. From there they were sent to Westerbork. At first, the families were allowed to engage in various activities within the camp. The girls joined the Machar Zionist youth movement and made plans to immigrate to Palestine. However in the 1940s the Germans tightened their control and limited the freedom of the internees. On September 4, 1944 the Gruenthals were deported to Theresienstadt in Czechoslovakia. From there they were deported to Auschwitz. Margarethe, Bertha and Sibylle perished in Auschwitz. Adolf was sent to the Buna Monowitz subcamp and from there to Golleschau where he perished. Ruthild died on February 28, 1945. The brothers Horst and Lutz had been offered an opportunity to immigrate to Palestine after disembarking in Amsterdam, but they turned it down because they felt life was too difficult there. They both perished in Bergen-Belsen. The only members of the family to survive were Lici and Bruno Dzialowski. They immigrated to Palestine after the war and later returned to Germany.