Three generations of a German-Jewish family pose together on a park bench. 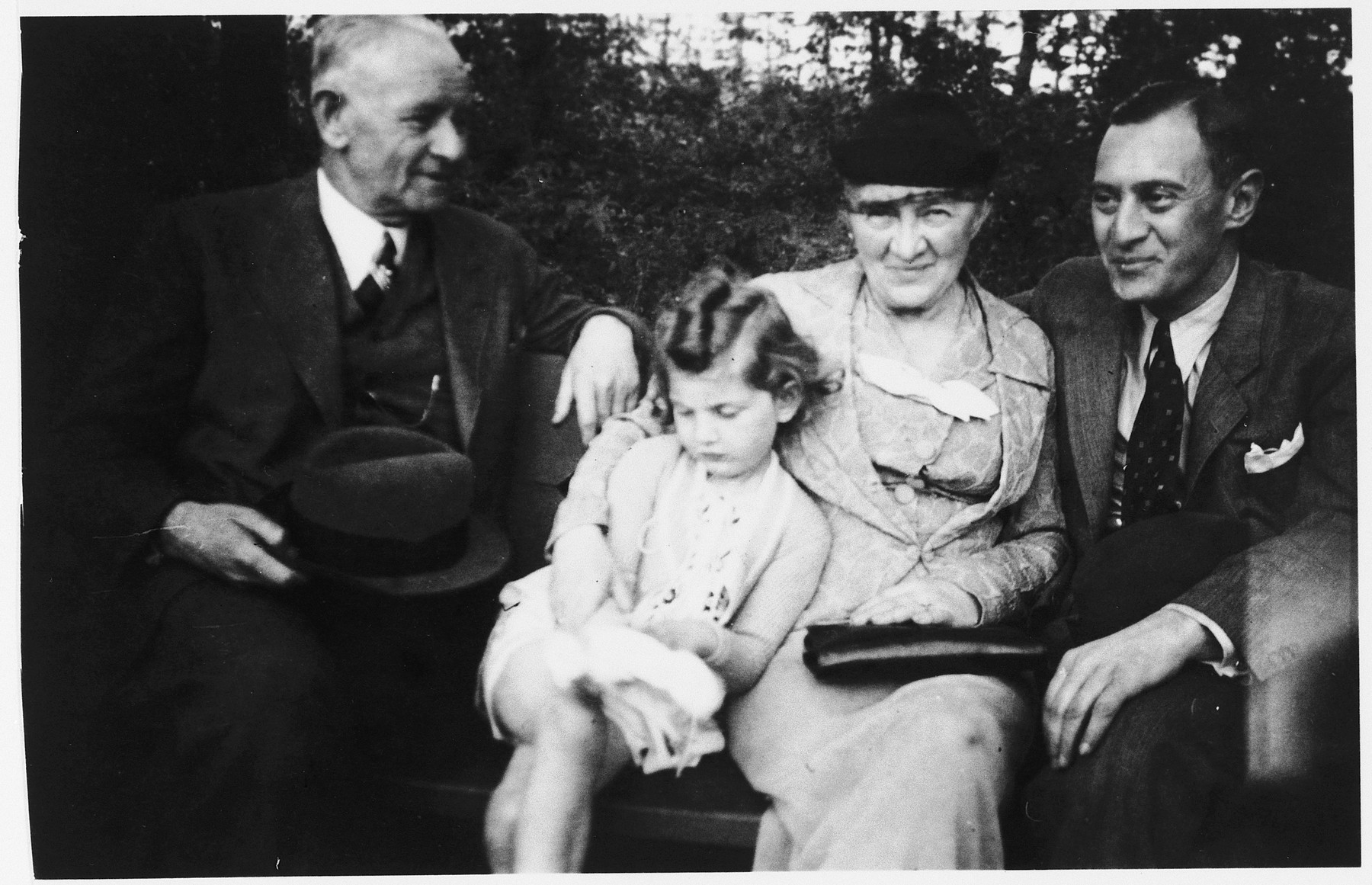 Three generations of a German-Jewish family pose together on a park bench.

Biography
Ellen Payner (born Ellen Weiler) is the daughter of Fred Weiler and the granddaughter of Moritz and Recha Weiler. Moritz and Recha Weiler lived in Cologne, Germany where Moritz was a professor at the university. Ellen and her parents immigrated to the United States in the 1930s. In May 1939 Moritz and Recha Weiler sailed from Germany to Cuba on board the St. Louis hoping to join their family. While at sea, Moritz suffered a fatal heart attack on May 23, 1939. He was buried at sea draped in the Holland American flag. After the ship was sent back to Europe, Recha disembarked in Belgium. She survived the war in hiding though her health deteriorated throughout the war. After the war Fred sent her rescuers money to book her passage to the United States. They demanded more money saying that she was too weak to travel and that they would have to accompany her. In 1946 Recha Weiler flew to the United States. Her son came to the airport to meet her and was shocked when she didn't disembark with the other passengers. He then saw a stretcher carrying her out. She was unconscious and died a few weeks later.