Students and teachers in a Berlin vacation colony. 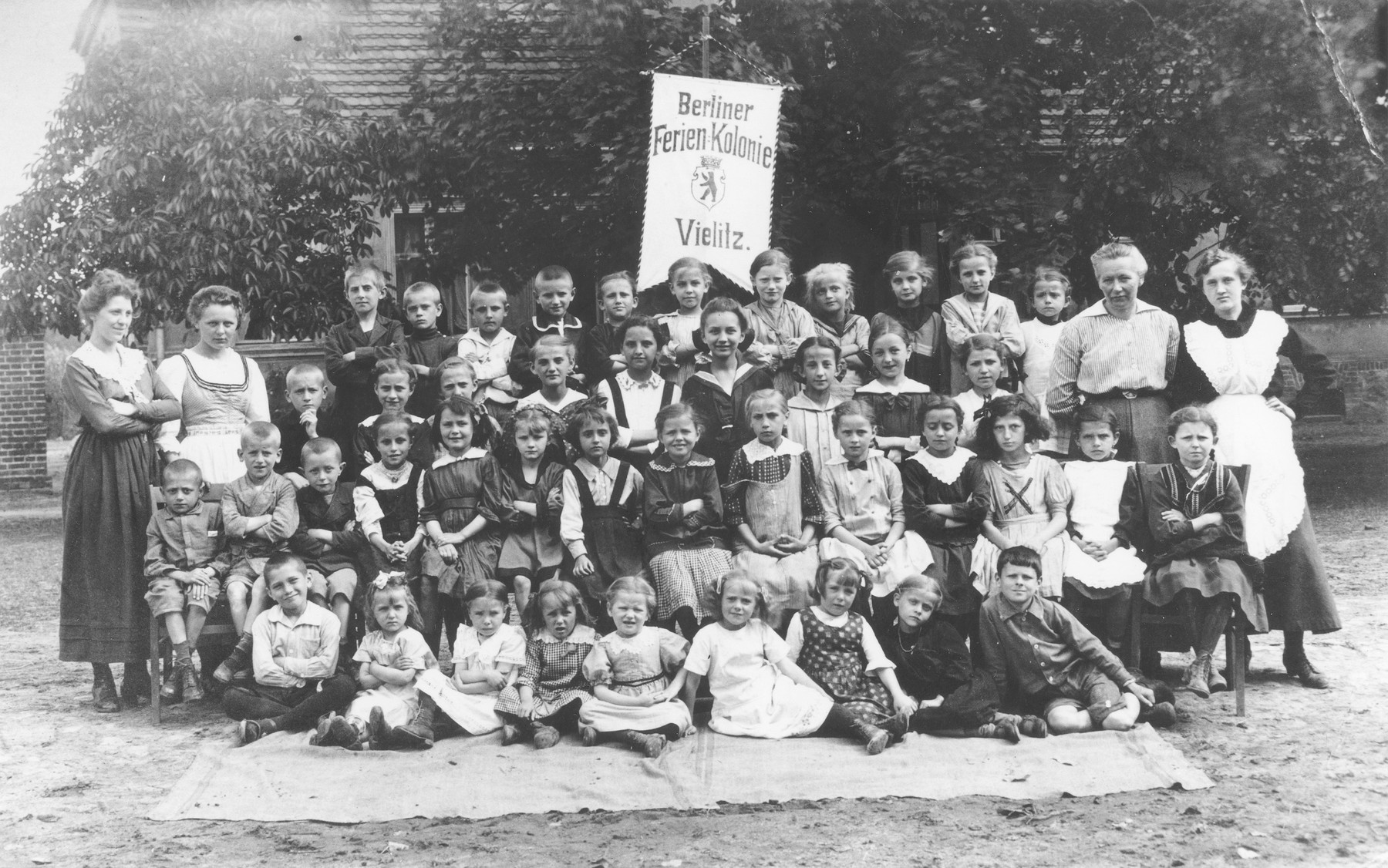 Students and teachers in a Berlin vacation colony.

Among those pictured are George Speigelglas and Maria (Mtizi) Benedick (second row, third from right).

Biography
George Spiegelglas (now Shefi) is the son of Alexander and Maria Benedick Spiegelglas. He was born on November 29, 1931 in Berlin. Alexander was studying economics there when he met and married Maria Benedick, originally from Vienna. They got divorced three years later when George was two years old, and Alexander moved to Palestine. George came to London, England on a Kindertransport on July 26, 1939. During the Blitz, he was evacuated and sent to live in a vicarage in Barnack. Meanwhile, Maria's brother, who had immigrated to the United Sates in 1919, tried to get George to join him there. In March 1945, George succeeded in getting transport to North America from Greenock harbor in Scotland on a boat carrying two hundred civilians and six thousand returning Canadian soldiers. They arrived in Halifax, Canada. From there he left for Montreal where his uncle met him and drove him to his home in New Jersey. In 1949 he and his uncle moved to Israel. Once in Israel a bank clerk upon seeing George's wife write the name Spiegelglas asked if she was related to a woman in Haifa. George contacted the woman and discovered a new found cousin who put him on the trail of Alexander who was then living in Australia. Alexander had assumed that George had perished, and after the two learned of each other's existence they corresponded for several years before formally meeting in 1965. Maria perished in Auschwitz on Jan. 30, 1943.